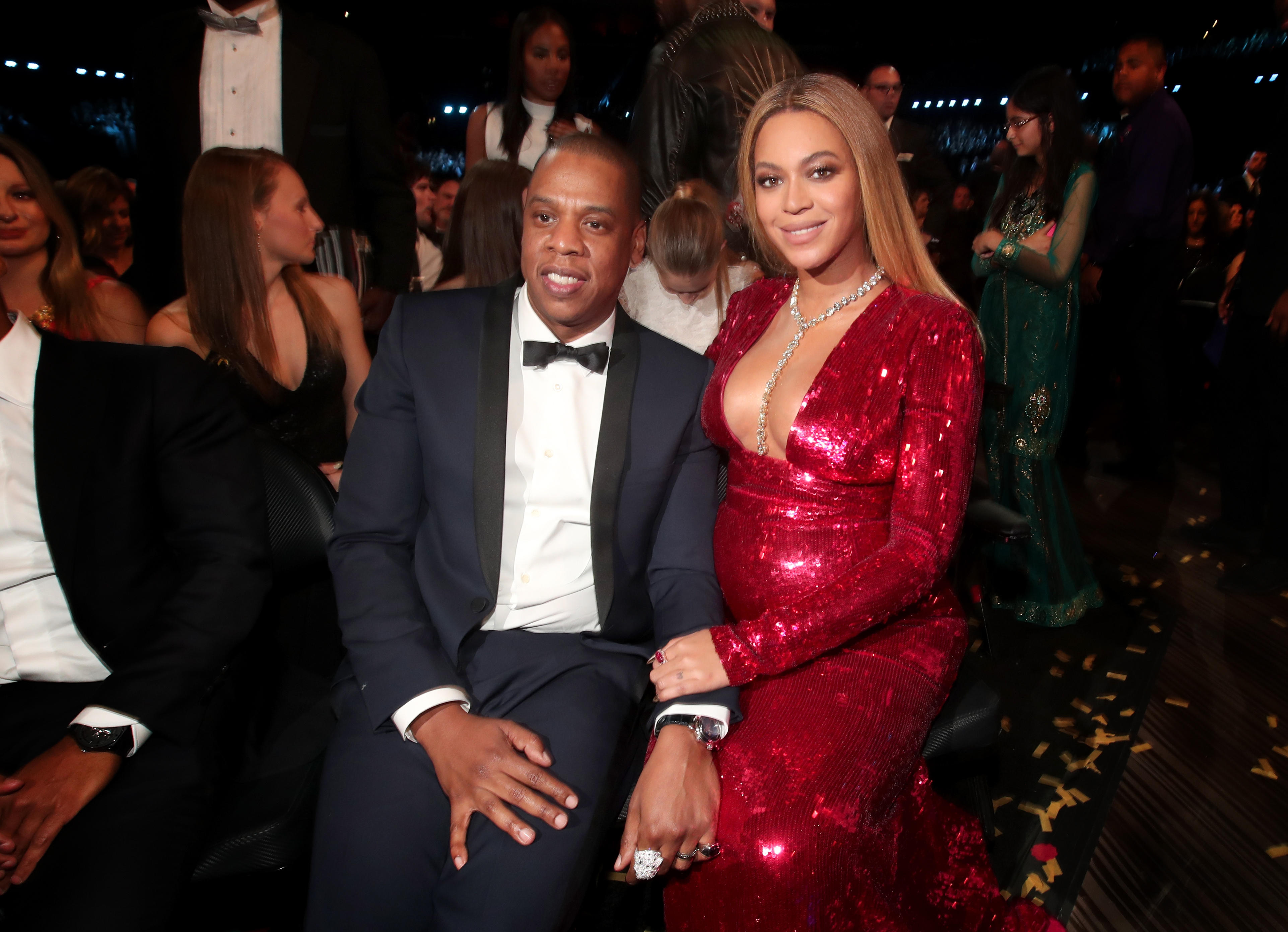 Jay-Z and Beyoncé clearly aren't afraid to revisit their rocky past. In a teaser for his upcoming music video, "Family Feud," the rapper shows not only his wife but even his young daughter, Blue Ivy, in the clip.

The video alternates between scenes of Jay-Z kissing a woman and him at church. In the church scenes, Beyoncé waits for him at the altar while he walks with 5-year-old Blue Ivy. The teaser also shows Jay-Z in the confession booth while Beyoncé listens on the other side.

The song "Family Feud" is notable for the line "Yeah, I'll f*** up a good thing if you let me. Let me alone, Becky." The song is from the album "4:44," which is seen as an apology to Beyoncé, who made references to his apparent infidelity on her album, "Lemonade."

In November, Jay-Z told the New York Times of "4:44" and "Lemonade," "We were using our art almost like a therapy session. And we started making music together." He emphasized that they worked side-by-side on the albums and admitted that the experience was painful for them.

"And both very, very uncomfortable, but the best place in the, you know, hurricane is like in the middle of it," he said.

He also said his painful childhood has affected who he is today, including how he behaves with women.

He added, "In my case, like it's, it's deep. And then all the things happen from there: infidelity ..."