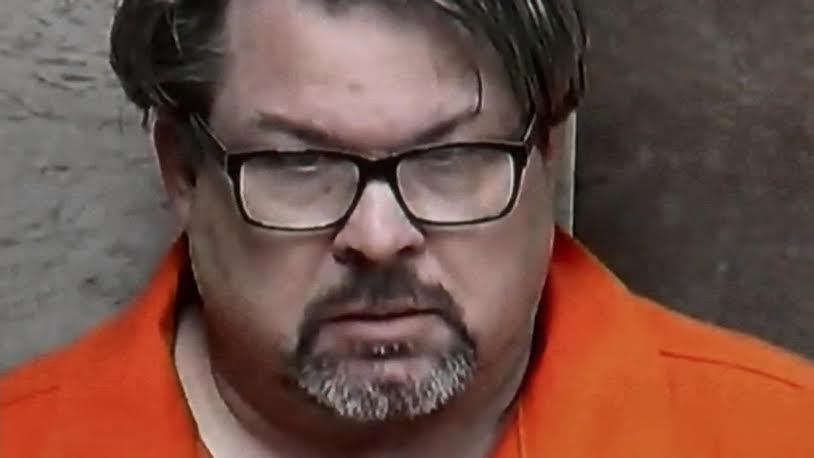 Editor's note:The Associated Press reported on March 17, 2016 that authorities said the lawsuit referred to in the story below was a hoax. According to the AP, Kalamazoo County Undersheriff Paul Matyas said he saw reports about a one-and-a-half page handwritten lawsuit by Jason Dalton seeking $10 million from the ride-hailing service and became suspicious because the envelope it reportedly was mailed in had a Philadelphia postmark. An investigator spoke with Dalton, who is jailed, and he denied filing the lawsuit, Matyas said. Dalton also said he didn't authorize anyone to file a lawsuit on his behalf and he didn't know who would have done so.

DETROIT -- A man who police say told investigators that "a devil figure" on Uber's app was controlling him when he allegedly killed six people in western Michigan is suing the ride-sharing company.

In his handwritten complaint filed Tuesday, Jason Dalton does not mention the shootings directly, but said: "I am currently in prison because of Uber." Dalton is accused of fatally shooting six people and wounding two others between picking up passengers for Uber in Kalamazoo on Feb. 20.

In his lawsuit, Dalton seeks $10 million from Uber. He claims that the company "ripped" him off and failed to pay him back wages and overtime. The 1½-page lawsuit was mailed to the U.S. District Court in Detroit.

"I busted my butt for them," Dalton wrote. "They gave me no Christmas bonus, I wasn't invited to any corporate parties, they made me work when I was sick and didn't let me spend time with my two children."

"It's hard to know how to respond to someone who refuses to take responsibility for his own actions," Uber said in a statement emailed to CBS News Wednesday. "Our hearts go out to the victims' families who have to live with the consequences of his terrible crimes."

Dalton is charged with murder and attempted murder in the shootings at three separate locations. He has been ordered to undergo a mental competency exam, CBS affiliate WWJ reported.

According to documents police released Monday, Dalton told investigators that when he opened the Uber app, "a devil head popped up on his screen and when he pressed the button on the app, that is when all the problems started."

Dalton told authorities after the shootings that "it feels like it is coming from the phone itself" and told of something "like an artificial presence," the police report said, according to WWJ.

Dalton told officers that when you "plug into" the Uber app, "you can actually feel the presence on you." He said the difference between the night of the shootings and others was that an icon on the Uber app that is normally red "had changed to black."

He told investigators he "doesn't want to come across as a crazy person," and added he was sad for the people who were killed as well as for his family members, who "are going to have to hear all of this," according to the report.

Dalton's attorney has not responded to requests for comment on his client's behalf.