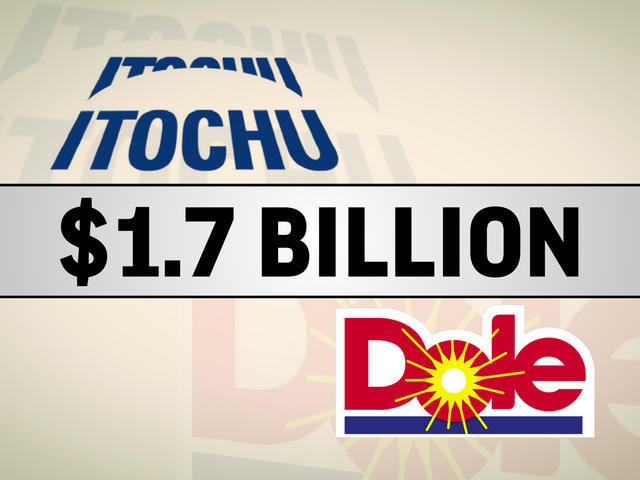 Westlake Village, Calif.-based Dole had earlier said it was in "advanced negotiations" to sell those parts of its business to Itochu or another party following a strategic review of its operations.

Itochu, founded more than 150 years ago, is one of five huge Japanese trading houses whose reach extends into practically every industry, from mining and oil to consumer goods and foods.

While many Japanese corporations have floundered through years of economic malaise, the trading houses remain powerful. They have been among the most active in an acquisitions drive by big Japanese companies, including a $3.6 billion purchase, announced in May, of Nebraska-based grains company Gavilon Holdings LLC by Marubeni Corp., another trading house.