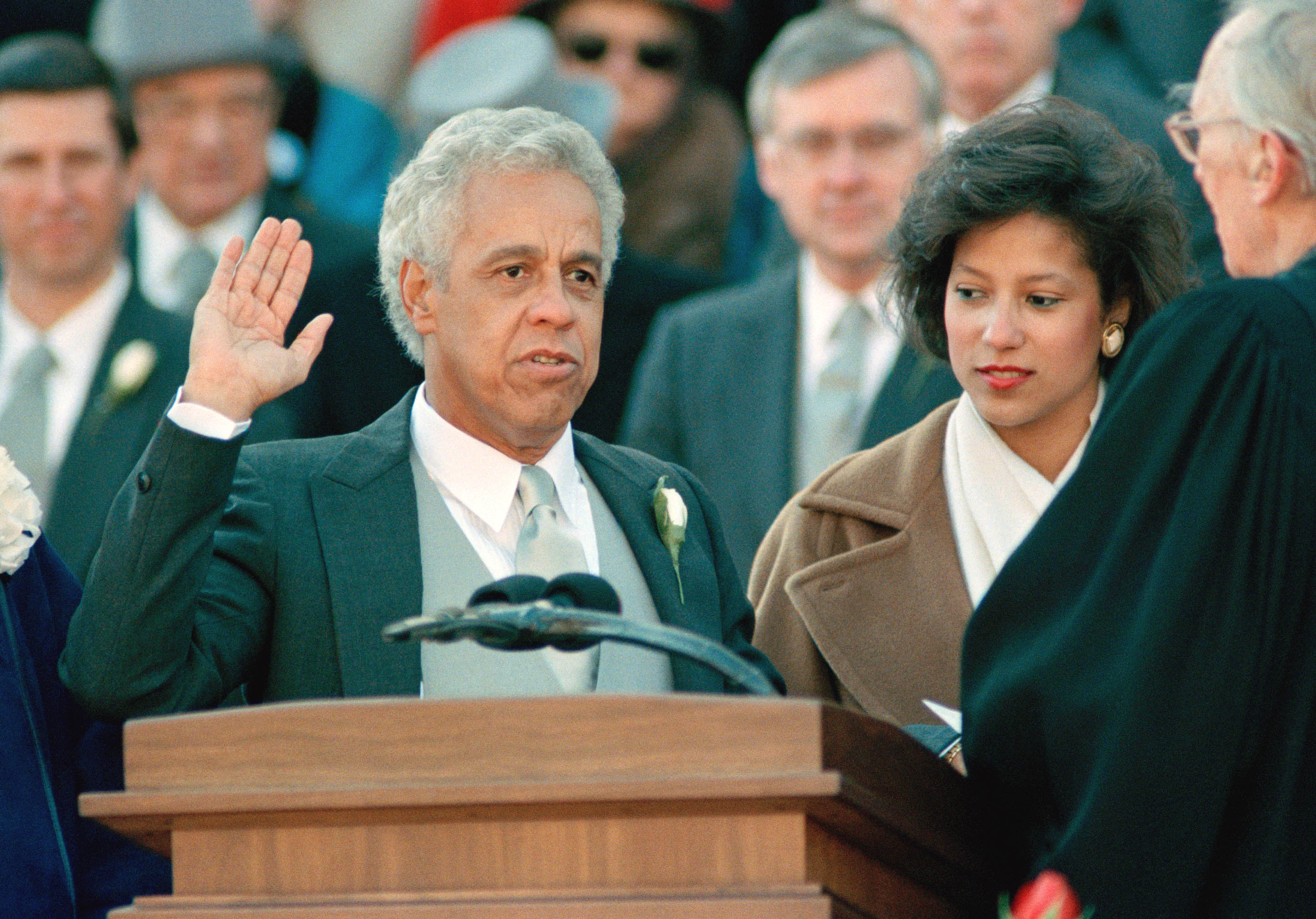 On January 13th, 1990, the grandson of slaves was sworn in as the governor of Virginia in Richmond -- the capital of the Confederacy.

Douglas Wilder became the first black elected governor of an American state, ever.

Retired Supreme Court Justice Louis Powell administered the oath of office, after which he declared "It's a great day for Virginia!"

In his inaugural address, he expressed hope for the future.

"Opportunity can be expanded. Freedom can be increased. We are on hallowed ground today, and the steps we take from this place must be steps of honor," Wilder said.

Before Wilder, the only black governor had been P. B. S. Pinchback of Louisiana in 1872 during the Reconstruction era. He held office for just 34 days, but not as an elected official. Pinchback stepped in temporarily while incumbent governor Henry Clay Warmouth faced impeachment.

Since Wilder's election, there have been only two other African American governors in the U.S.

Governor Deval Patrick of Massachusetts served from 2007-2015, and David Paterson was appointed as governor of New York in 2008 to replace scandal-plagued former Governor Eli­ot Spitzer.

Lacking strong support from the Democratic party amid his own scandal surrounding a domestic violence case involving a close aide, Paterson ended his campaign for election in 2010.

When Paterson's longtime aide was accused of a sexual assault, Paterson himself called the woman involved the day before she was to appear in court to seek an order of protection. She failed to appear at the hearing.

As a result, prominent state Democrats, including now Governor Andrew Cuomo, withdrew their support of Paterson's run for a new term. Even the White House said ending his candidacy was the right thing to do.

However, the demographic make-up of U.S. governors has seen progress in other areas. Twenty-five women have been elected, including Governor Nikki Haley of South Carolina, who gave the rebuttal to President Obama's State of the Union address on Tuesday night.

Haley, the first female governor of South Carolina, is also the second Indian-American governor in U.S. history -- the first being Former Louisiana Governor Bobby Jindal, who ran a short campaign for president in 2015.