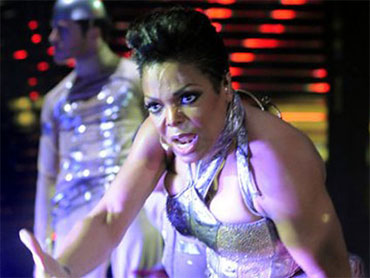 There was something for all ages at the Essence Music Festival Sunday night as it closed its 16th annual celebration of empowerment, enlightenment and entertainment in the Louisiana Superdome.

"Mary Jane Blige tore it up," said Kevia Stroder, of Richmond, Texas. "That's what's up! No More Drama in my life."

Stroder said Blige sang from the heart. "She gave her soul during the performance and kept the crowd on their feet."

The Grammy Award-winning singer had two surprise guests for the audience: Trey Songz, who performed as the night's opening act, came back on stage and electrified the crowded Superdome even more with their duet, "We Got Hood Love."

T.I., known as the King of the South, later joined Blige on stage for a few songs, elevating an already high-energy act when he rapped on her song, "Good Love."

"That brought me to my feet even more," Stroder said. "When they came out, I was like 'Wow!' It was a great experience."

Jill Scott took the audience on a soulful trip, through a song list that included "Crown Royal," "Long Walk," "Hate on Me," and "The Way You Love Me."

"I really liked the different feel she did with it," said Brittany Reid of LaPlace, La. "She did this kind of opera version and she had to laugh at herself because she knew she was doing it. We were really feeling her."

Earth, Wind and Fire was the three-day event's last act and for some, well worth the wait.

"This has been a long time coming," said Seressa Allen of Atlanta. "They needed to be here and they need to come back next year."

Michelle Walker, of Columbia, S.C., said everything about the festival was awesome, from the uplifting and inspirational moments at the gospel tribute to the useful information received at the education summit and seminars on relationships.

"The spirit and atmosphere is so easy," she said. "There's nothing negative about it. Total strangers are coming up to you and embracing you. It's a good way to spend the Fourth of July."

"This has been an absolutely great and wonderful experience," said Angela Eubanks, of Durham, N.C., while standing in line at one of the festival sponsors' booths, steps away from the tribute area. "There's so much packed into just a few days."

First-time festival-goer James Palmer, of Atlanta, watched hip-hop legend Doug E. Fresh perform on one stage in the convention center while actor Boris Kodjoe signed autographs in an area nearby. Both areas were surrounded by fans standing 10-to-12 deep. "I think this is just an awesome event," he said.

Of the acts he'd seen so far, Palmer said Janet Jackson's performance Friday night in the Louisiana Superdome was most memorable for him. "I don't think anyone is going to top that. I'm definitely returning," he said, smiling.

Jerome Lykes of New York, another first-timer, said he loved Charlie Wilson's act on Friday the most. "He's gone through so much in his life and to see him come through that adversity is really a testament to those struggling with drugs or whatever and example of look where I was and look where I am now," he said.

Annette Cardoza, of Toronto, said this is the third time she and her husband had experienced the festival.

"This is a way for us to embrace our people," she said. "All of this," she said gesturing around the environment, "we don't have in Canada. Everyone's happy to be around each other, happy to come together. The unity is just amazing."

Regina Tilley, 16, of Watson, La., said she, too, was having a fabulous time.

"It's a good way for people from all over to get together and have a good time," she said.

Tilley was at the festival's marketplace with her mom, Theresa Tilley, and 17-year-old sister, Stephanie.

Stephanie Tilley said the event is not just entertaining but also cultural. "It really makes you proud of who you are as a black person," she said. "It's an inspiration and one of the reasons why we came to check it out."

Throughout the event, fest-goers were treated to cooking demonstrations by chef G. Garvin, book-signings by several renowned authors and opportunities to experience Ford's new line of vehicles

Alicia Burbank, of Snellville, Ga., said the convention atmosphere was a nice prelude to the closing night's performances.

"There's such a family feel here where you can come and enjoy yourself, stress-free, while supporting the businesses, whether that's food or retail," she said. "There's just enough activity to keep you wanting more and making you want to come back so that next time you can do something you didn't have a chance to do this time."