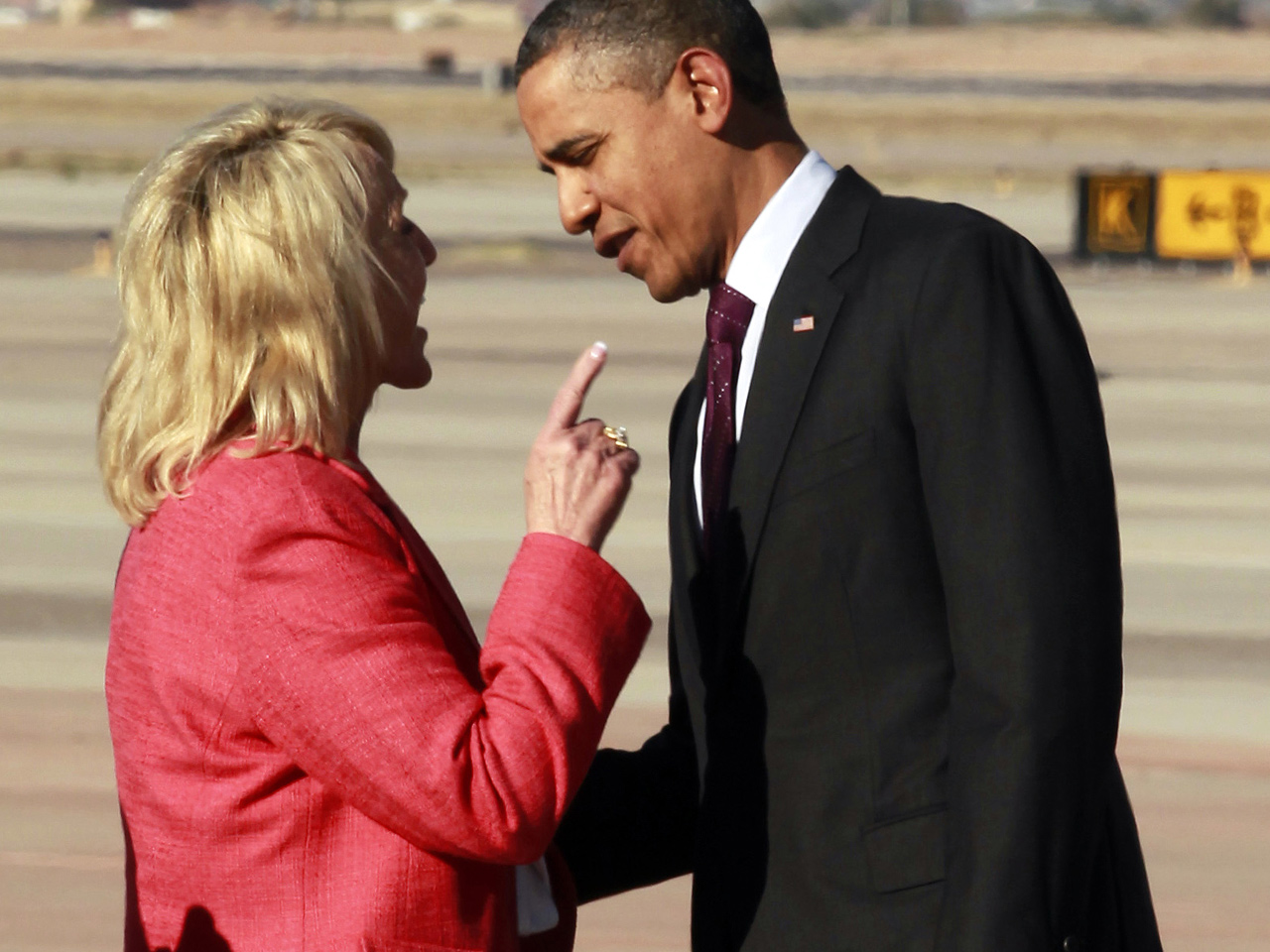 MESA, Ariz. - Arizona Gov. Jan Brewer came to greet President Obama upon his arrival outside Phoenix Wednesday. What she got was a critique. Of her book.

The two leaders could be seen engaged in an intense conversation at the base of Air Force One's steps. Both could be seen smiling, but speaking at the same time.

Asked moments later what the conversation was about, Brewer, a Republican, said, "He was a little disturbed about my book."

"We could have been talking about a million different things," Brewer told reporters. "Bottom line is that he generally wants to talk about amnesty and I want to talk about securing our border."

Brewer recently published a book, "Scorpions for Breakfast," something of a memoir of her years growing up, and defends her signing of Arizona's controversial law cracking down on illegal immigrants, which Obama opposes.

CBS News chief White House correspondent Norah O'Donnell reports it was the body language from their chat which has tongues in Washington wagging.

Brewer got right to the point - pointing her finger at the president on the airport tarmac during their exchange.

"I will say that a picture is what it is," Brewer added. "I must say, I was not hostile. I was trying to be very, very gracious. I respect the office of the president, and I would never be disrespectful in that manner."

However, O'Donnell says Brewer took a different tack during an appearance on Fox News' "On the Record" with Greta van Susteren, saying she couldn't understand why Obama was surprised by her book, and calling him "very thin-skinned."

Obama was objecting to Brewer's description of a meeting he and Brewer had at the White House, where she described Obama as lecturing her. In an interview in November Brewer described two tense meetings. The first took place before his commencement address at Arizona State University. "He did blow me off at ASU," she said in the television interview in November.

She also described meeting the president at the White House in 2010 to talk about immigration. "I felt a little bit like I was being lectured to, and I was a little kid in a classroom, if you will, and he was this wise professor and I was this little kid, and this little kid knows what the problem is and I felt minimized to say the least."

On the tarmac Wednesday, Brewer handed Obama an envelope with a handwritten invitation to return to Arizona to meet her for lunch and to join her for a visit to the border.

"I said to him, you know, I have always respected the office of the president and that the book is what the book is," she told reporters Wednesday. She said Obama complained that she described him as not treating her cordially.

"I said that I was sorry that he felt that way. Anyway, we're glad he's here, and we'll regroup."