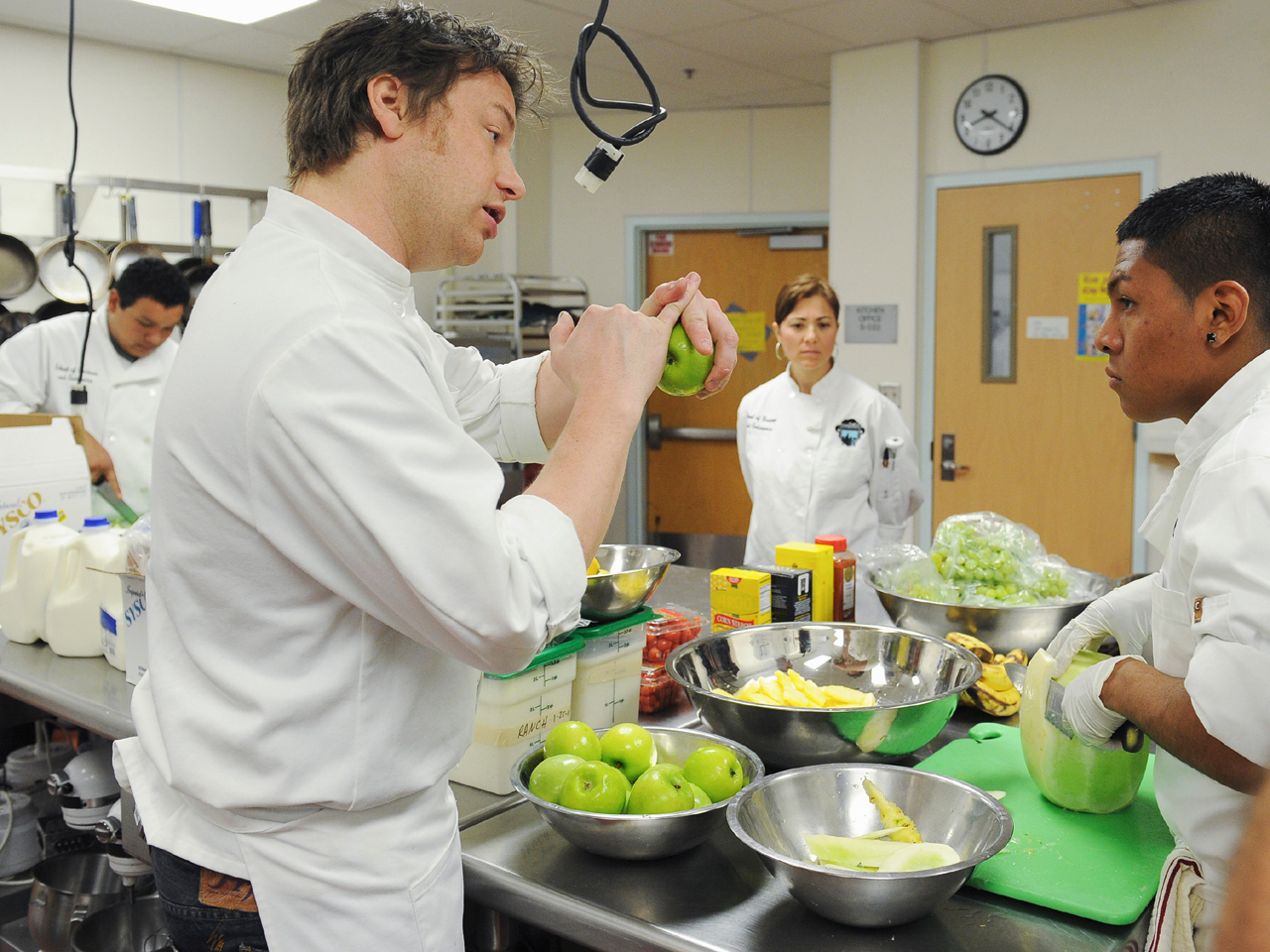 (CBS) Who knew that viewers would resist "Jamie Oliver's Food Revolution" as much as the Los Angeles Unified School District did?

Oliver's second season, in which he tries to get the LAUSD to adopt a healthier food program, debuted Tuesday night with 5.3 million viewers, according to The Hollywood Reporter. That's a drop of 36 percent from last season's debut.

THR does point out that "Food Revolution" debuted on a Sunday last season. Plus, on Tuesday it ran opposite "NCIS," which is a ratings powerhouse.