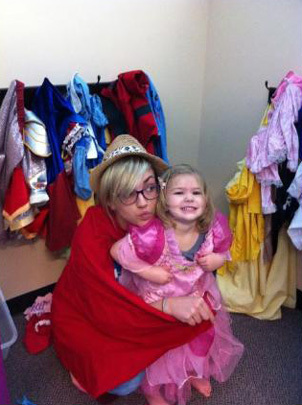 Spears tweeted about her birthday, showing a picture of her with 2-year-old daughter, Maddie Briann Aldridge.

The younger sister of pop singer Britney Spears is best known for her appearance on the Nickelodeon show "All That," and for her performance as Zoey Brooks in "Zoey 101."

The Nickelodeon star shocked fans when she announced her pregnancy in December 2007.

The baby's father is her ex-boyfriend, Casey Aldridge. Spears and Aldridge announced their engagement in 2008 and moved into a house in Liberty, Miss. They called it off a year later in 2009. After a brief reconciliation, Spears moved out (again) in February 2010 and reportedly moved in with businessman James Watson, according to People.