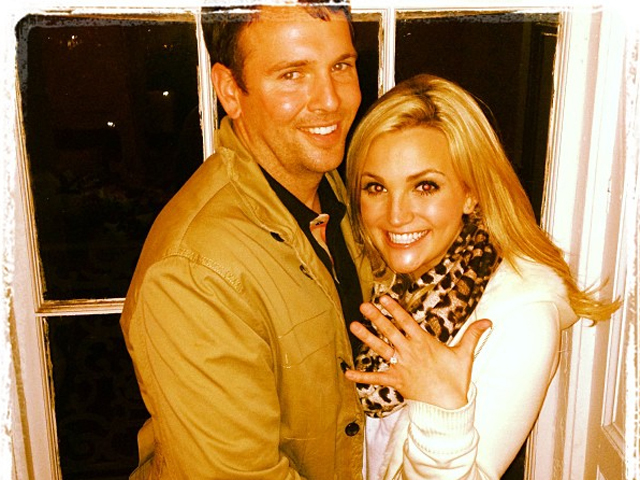 Britney Spears recently took off her engagement ring, but her little sister has just put one on.

Jamie Lynn Spears, 21, plans to marry Jamie Watson, 30, and showed off her engagement ring in an Instagram photo posted to Twitter on Saturday:

Britney sent good wishes to Jamie Lynn via Twitter: "So excited and happy for my sister, congrats @jamielynnspears - love you."

The couple have been dating for about three years. Jamie Lynn was previously engaged to Casey Aldridge, the father of her 4-year-old daughter, Maddie. They split in 2010.

Britney's younger sister starred in Nickelodeon's "Zoey 101" from 2005-2008 and has expressed interest in starting a career in country music.

Britney, 31, and Jason Trawick broke off their engagement two months ago. They started dating in 2009 and got engaged in 2011.