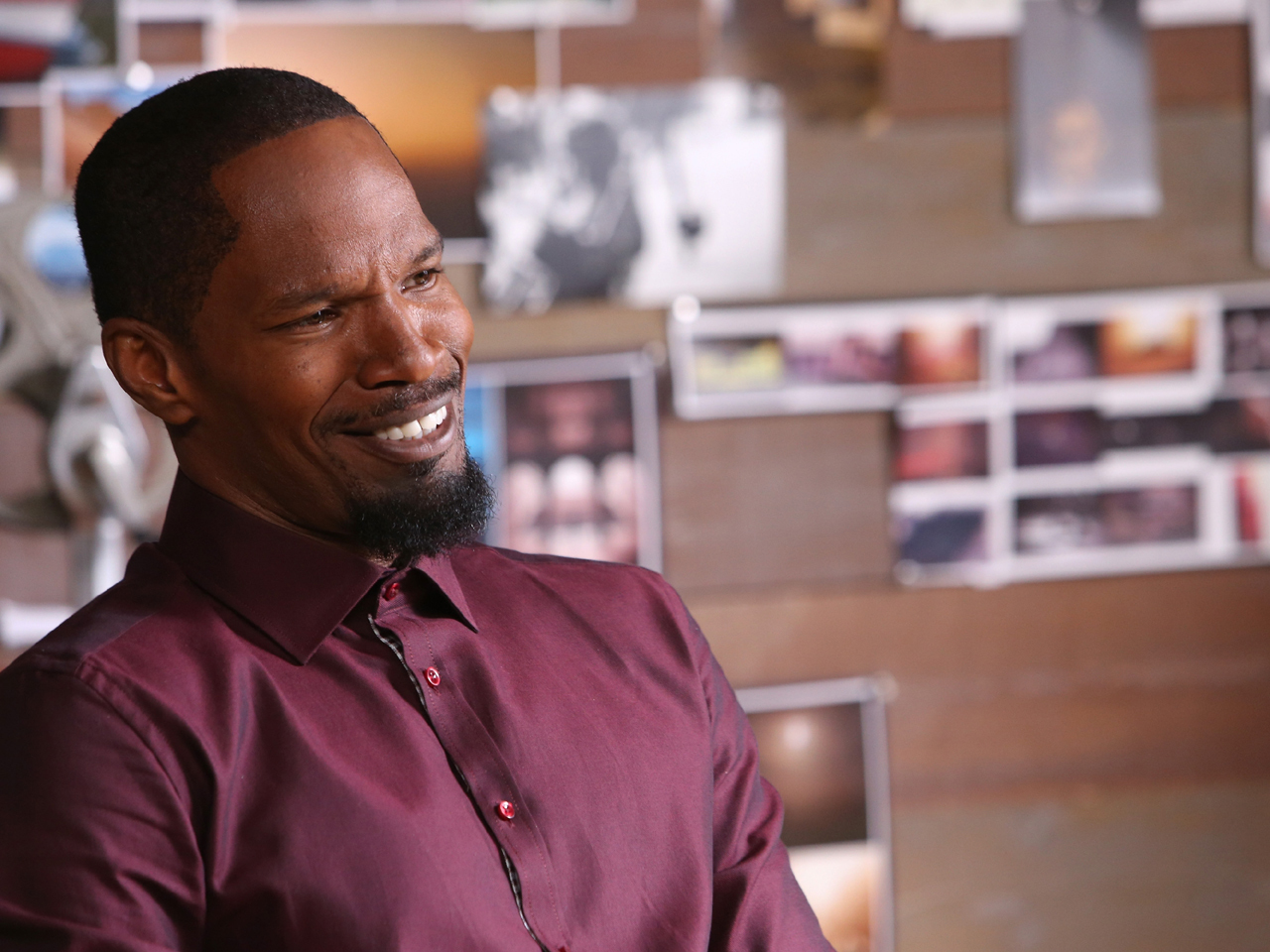 (CBS News) Jamie Foxx will be on the big screen again this December, when Quentin Tarantino's "Django Unchained" arrives in theaters, but the actor is also gearing up for new project that will put him behind the camera as a director.

Foxx has signed on to direct a short film for Canon's "Project Imaginat10n," under the guidance of award-winning director Ron Howard. People can submit their photos to the project's website until Sept. 24, and Foxx will choose 10 images to inspire his film.

Speaking on the phone Wednesday, the Oscar-winner said he was excited about the process and to work with Howard.

He and the director already have some history, he explained - they both attended President Barack Obama's inauguration in 2008, and Howard made a cameo in his music video for "Blame it on the Alcohol."

"This was a great opportunity for us to reconnect, and this time I get to shoot with him...it just sounded fantastic," Foxx said.

"I think it's going to point me in the direction where I want to be, which is directing films," he added. "So I am happy that they gave me the opportunity. I hope the movie is something fantastic, and we do it so well that people can see it and be inspired by it."

Eva Longoria, Twitter co-founder Biz Stone, Marchesa designer Georgina Chapman and LCD Soundsystem's James Murphy are also participating in the project, and production on the films will begin next year.

Howard will be as involved in the process as he needs to be, Foxx said. "He'll be on the phone, or he'll come down and check it out. I'll be able to phone him up and say 'Hey man, I'm stuck. I need this, I need that,'" if that's the case. But that's the great thing about him, he was so open when we met with each other - he made you feel comfortable. It didn't feel like he was doing this begrudgingly. He's actually excited about this"

Foxx is excited, too - and hopes to make a film that viewers will enjoy.

"I don't want to just do the 10 minutes and say, 'OK. I've done it. I got it in. I'm done.' I want this to be something that people will actually watch, that they'll see it online and want to see this film and have it inspire them," he said.

Characters are something he'll look for when selecting pictures, he revealed, and remarked on something he's told his "Django Unchained" director.

"After working with Quentin Tarantino I would send him emails and say, 'I hope that your movie is speaking to you like a friend,'" he shared. "So that's what I would hope, that these pictures that I will see will speak to me like a friend. And then we will start the process - grabbing a great writer and grabbing great people to help with the production of this film."

Foxx had high praise for the director, and didn't mince words - "There's Hollywood, and then there's Quentin Tarantino," he said.

In "Django Unchained," Foxx plays a freed slave who teams up with a bounty hunter (Christoph Waltz) to rescue his wife (Kerry Washington) from a brutal plantation owner (Leonardo DiCaprio).

Calling the film "classic Tarantino," Foxx also noted that it deals with some serious subject matter - he said it's "the first Western to acknowledge slavery."

"The whole movie was just like a gymnastics routine, with the height of difficulty," he added. It's tough, but if we land it, it's going to be something incredible. And I think he landed it."

To find out more about "Project Imaginat10n," visit its website. "Django Unchained" arrives in theaters on Dec. 25.