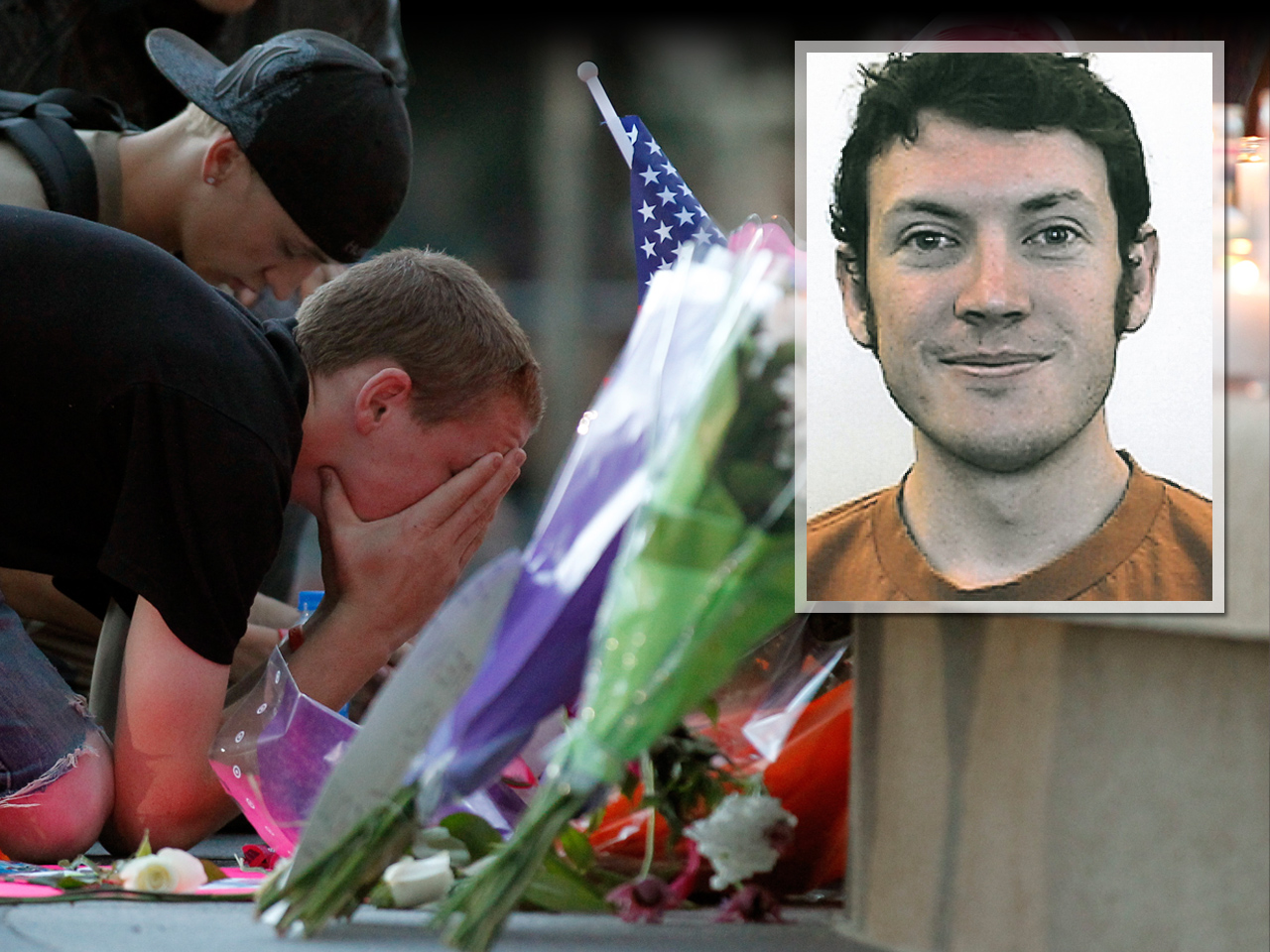 (CBS/AP) AURORA, Colo. - As the suspected gunman in the Colorado theater massacre heads to his first court appearance, authorities have disclosed that he is refusing to cooperate and that it could take months to learn what prompted the horrific attack on midnight moviegoers at a Batman film premiere.

James Holmes has been held in solitary confinement at an Arapahoe County detention facility but will be moved Monday to a next-door courtroom for a 9:30 a.m. MDT hearing, known as an "initial advisement" in Colorado, where a judge will inform him of the crimes for which he is being investigated.

Holmes has been assigned a public defender and Aurora Police Chief Dan Oates said that the 24-year-old former doctoral student has "lawyered up" since his arrest early Friday, following the shooting at an Aurora theater that left 12 dead and 58 wounded, some critically.

"He's not talking to us," the chief said.

Holmes has been held without bond at the lockup in Centennial, Colo., about 13 miles from the Aurora theater. Prosecutors will have 72 hours from the hearing to formally charge the 24-year-old Aurora resident originally from California.

Eighteenth Judicial District Attorney Carol Chambers said Monday her office is considering pursuing the death penalty against Holmes. She said a decision will be made in consultation with victims' families.

Holmes is accused of entering the theatre with three guns, including a semi-automatic assault rifle with an extended magazine. When that gun jammed, he was forced to use a pistol, reducing the number of rounds he could fire, according to reports.

There are also indications Holmes may have gotten away that morning, if not for observant police officers who noticed something off about his tactical gear.

"There was one particular piece of equipment that he had on him that was out of place, and I am so proud of my officers that they spotted that right away and challenged him," Aurora Police Chief Dan Oates said on the CBS' "Face the Nation" Sunday.

On Sunday, officials at the University of Colorado Anschutz Medical Campus were looking into whether Holmes used his position in a graduate program to collect hazardous materials, but school officials weren't saying whether they knew he was anything more than a hard-working student.

Police have said that Holmes began buying guns at Denver-area stores nearly two months before Friday's shooting and that he received at least 50 packages in four months at his home and at school.

While the university disclosed that it was cooperating with police in the case, that disclosure was one of the few it has made three days after the massacre. It remained unclear whether Holmes' professors and other students at his 35-student Ph.D. program noticed anything unusual about his behavior.

His reasons for quitting the program in June, just a year into the five- to seven-year program, also remained a mystery.

Holmes recently took an intense, three-part oral exam that marks the end of the first year. Those who do well continue with their studies and shift to full-time research, while those who don't do well meet with advisers and discuss their options, including retaking the exam. University officials would not say if he passed, citing privacy concerns.

The university said Holmes gave no reason for his withdrawal, a decision he made in June.

Holmes was not allowed access to the institution after his withdrawal, which was "standard operating procedure" because he was no longer affiliated with the school, said Jacque Montgomery, a spokeswoman for the medical school. Holmes had no contact with university police, she said.

The university declined to release any details of his academic record, citing privacy concerns, and at least two dozen professors and other staff declined to speak with The Associated Press. Some said they were instructed not to talk publicly about Holmes in a blanket email sent to university employees.

Montgomery said police have told the school to not talk about Holmes. The university took down the website for its graduate neuroscience program on Saturday.

Amid the continuing investigation of Holmes and his background, Sunday was a day for healing and remembrance in Aurora, with the community holding a prayer vigil and with President Obama arriving to visit with families of the victims. (Click the player at left to see Mr. Obama's remarks in Aurora)

Mr. Obama said he told the families that "all of America and much of the world is thinking about them." He met with them at the University of Colorado Hospital in Aurora, which treated 23 of the people injured in the mass shooting; 10 remain there, seven hurt critically.

Congregations across Colorado prayed for the shooting victims and their relatives. Elderly churchgoers at an aging Presbyterian church within walking distance near Holmes' apartment joined in prayer, though none had ever met him.

Several thousand gathered for healing at the vigil Sunday night, where a banner said, "Angels Walk With Those Who Grieve."

"You're not alone, and you will get through it," said the Rev. Kenneth Berve, pastor at Grant Avenue United Methodist Church and a witness to Friday's horrors. "We can't let fear and anger take control of us."

Meanwhile, the owner of a gun range told the AP that Holmes applied to join the club last month but never became a member because of his behavior and a "bizarre" message on his voice mail.

He emailed an application to join the Lead Valley Range in Byers on June 25 in which he said he was not a user of illegal drugs or a convicted felon, said owner Glenn Rotkovich. When Rotkovich called to invite him to a mandatory orientation the following week, he said he heard a message on Holmes' voice mail that was "bizarre — guttural, freakish at best."

He left two other messages but eventually told his staff to watch out for Holmes at the July 1 orientation and not to accept him into the club, Rotkovich said.

Ritchie Duong, a friend who has known Holmes for more than a decade, told the Los Angeles Times that in high school he liked to play cards and video games. They both attended undergraduate school at the University of California, Riverside, where they saw each other weekly to watch the TV show "Lost."

Duong last saw Holmes in December when they met for dinner in Los Angeles and saw a movie. His friend seemed fine, he told the newspaper. Academics came easily to Holmes both at high school and in college, Duong said.

"I had one college class with him, and he didn't even have to take notes or anything. He would just show up to class, sit there, and around test time he would always get an `A,"' said Duong, 24.

The pastor for the family of the suspect also recalled a shy boy who was driven to succeed academically.

"He wasn't an extrovert at all. If there was any conversation, it would be because I initiated it, not because he did," said Jerald Borgie, senior pastor of Penasquitos Lutheran Church. Borgie said he never saw the suspect mingle with others his age at church. He last spoke with Holmes about six years ago.

"He had some goals. He wanted to succeed, he wanted to go out, and he wanted to be the best," Borgie said. "He took pride in his academic abilities. A good student. He didn't brag about it."

During the attack early Friday, Holmes allegedly set off gas canisters and used a semiautomatic rifle, a shotgun and a pistol to open fire on theater-goers, Oates said. Holmes had bought the weapons at local gun stores in the past two months. He recently purchased 6,000 rounds of ammunition over the Internet, the chief said.

The gunman's semiautomatic assault rifle jammed during the attack, forcing him to switch to another gun with less firepower, a federal law enforcement official told The Associated Press. That malfunction and weapons switch might have saved some lives.

Oates said a 100-round ammunition drum was found in the theater but said he did not know whether it jammed or emptied.

Investigators found a Batman mask inside Holmes' apartment after they finished clearing the home of booby traps and ammunition, a law enforcement official close to the investigation said Sunday on condition of anonymity because he was not authorized to speak to the news media.

The shooting was the worst in the U.S. since the Nov. 5, 2009, attack at Fort Hood, Texas. An Army psychiatrist was charged with killing 13 soldiers and civilians and wounding more than two dozen others.

Across the street from the movie theater, Greg Zanis, of Aurora, Ill., who placed 15 crosses near Columbine High School after a 1999 massacre there, returned to Colorado with 12 crosses for the victims of Friday's shooting.