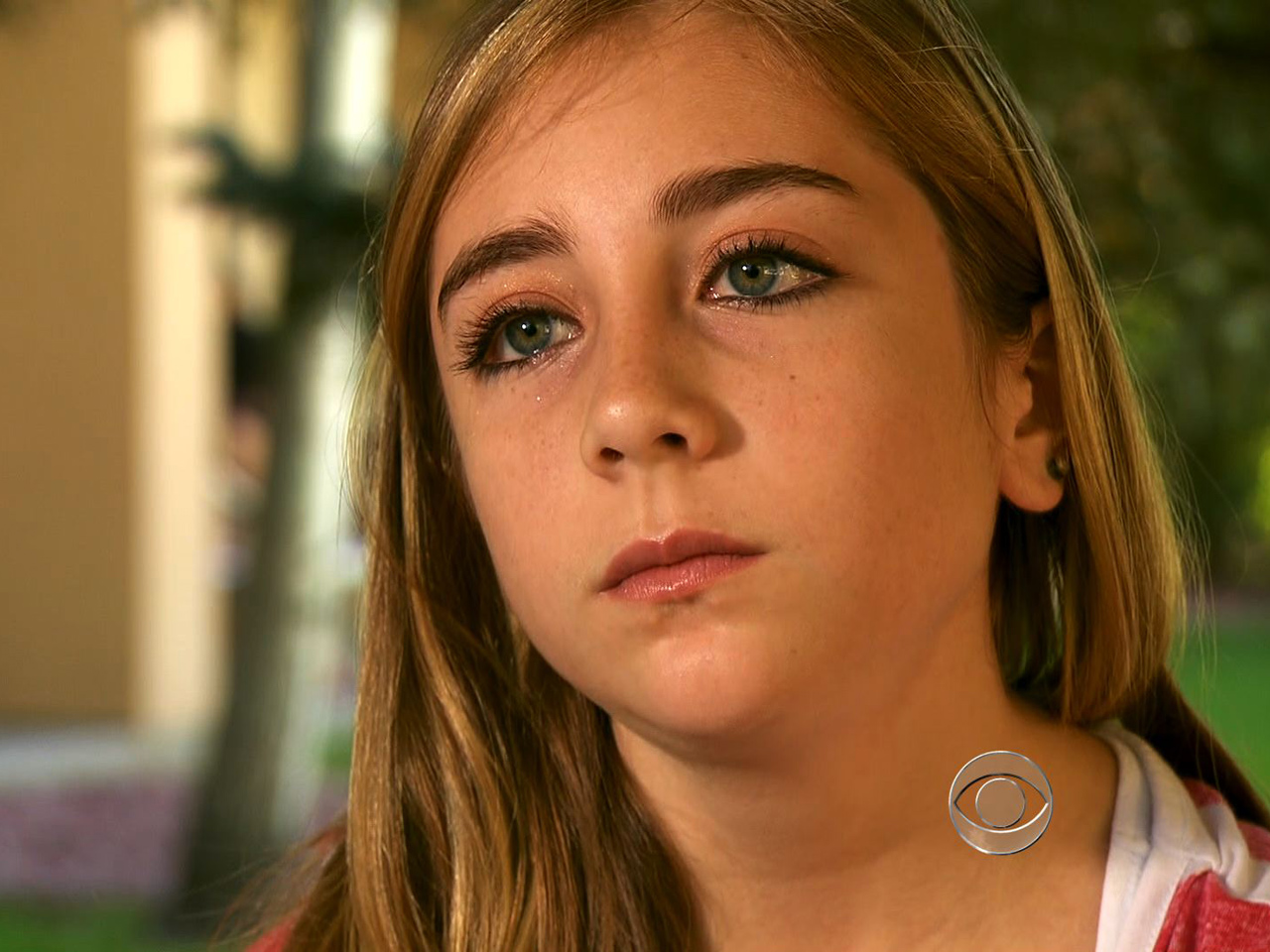 (CBS News) As the gunman fired into the darkened theater, one of the youngest survivors tried to save the youngest victims.

At a church in Aurora Sunday, pastor Michael Walker told a story of heroism, how a 13-year-old struggled to save the life of 6-year-old Veronica Moser-Sullivan, the youngest person to die.

Pastor Michael Walker: "If you could imagine a 13-year-old giving CPR to a 6-year-old who is dying. It's a tragedy."

That 13-year-old is Kaylan.

"I'm still in shock. I don't think that it's hit me yet what I've been through," Kaylan said.

Kaylan's mother, Heather, asked us not to use their last name. They want privacy to recover, but agreed to share Kaylan's story.

"She was trying everything she could to save another human being," Heather said.

Kaylan went to the midnight movie with four others, family and friends, including 6-year-old Veronica and Veronica's mother. Then the shooting started.

"She went to a simple movie with five people and, and three of them got shot," Heather said.

When the shooting stopped, Kaylan tried to give Veronica CPR, but a wounded adult had fallen on top of the 6-year-old.

"I was asking the one on top of the one I was trying to help but they kept saying they couldn't, they were numb and I kept begging please try please because we have to get out of here," Kaylan said.

She kept struggling until the police arrived.

"I love that she thought of somebody else besides herself. That is amazing to me," Heather said.

"It's horrifying picturing in my head what I saw that night," Kaylan said.

Heather says Kaylan didn't get a scratch on her head, "but mentally, she's gonna be dealing with this for a really long time."

Kaylan volunteers to help the homeless. She once shaved off her hair for a cancer drive.

Now Kaylan will get some help. She started grief counseling Sunday.