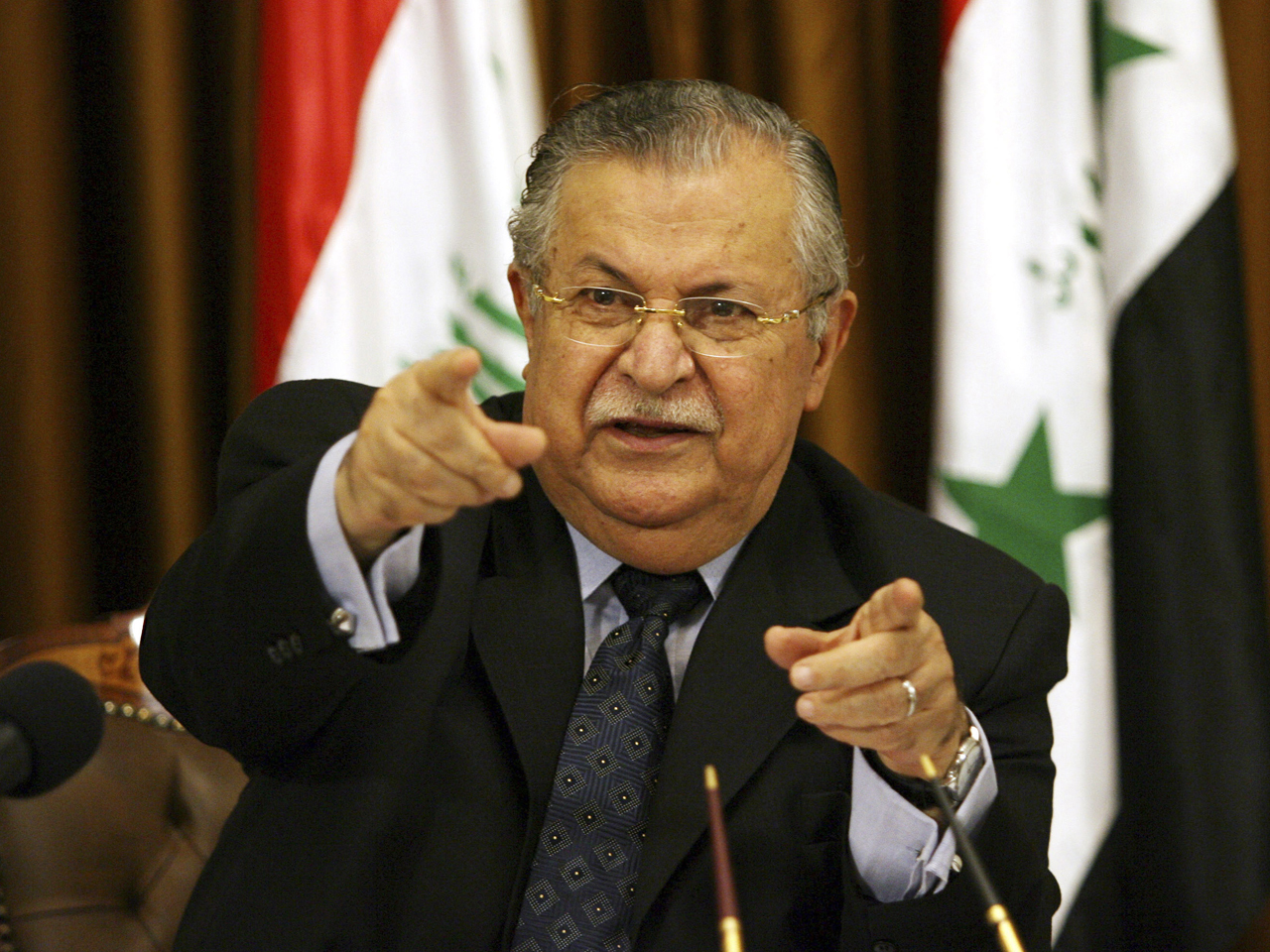 ERBIL, Iraq -- Jalal Talabani, the Kurdish leader who became Iraq's president after the U.S.-led invasion and helped steer the country through years of insurgent and sectarian strife, has died in a Berlin hospital at the age of 83, Kurdish officials said Tuesday.

Talabani died after his condition rapidly deteriorated, according to Marwan Talabani, a relative and senior official in the office of Talabani's son. He had suffered a stroke in 2012 and was moved to a German hospital later that year for treatment.

Talabani led one of Iraq's main Kurdish factions and went on to become the country's first official president after the overthrow of Saddam Hussein. He was often seen as a unifying elder statesman who could soothe tempers among Iraq's Shiites, Sunnis and Kurds.

Talabani has been absent from Iraqi politics since he was hospitalized in 2012 and his death comes amid soaring tensions between Iraq's autonomous Kurdish region and the central government following a referendum on independence held last week.

The referendum, spearheaded by Kurdish president Masoud Barzani, was celebrated in the Kurdish region as a declaration of independence, but the move is not expected to lead to an independent Kurdish state anytime soon and has further isolated the small land-locked region. Baghdad has banned international flights and is threatening to take control of Kurdish borders.

Dreams of statehood have been central to Kurdish politics for decades and in the lead-up to the referendum vote, Barzani repeatedly told supporters he wished Talabani could be there to see it.

Like many senior Kurdish politicians, Talabani was a longtime guerrilla fighter. In the 1960s, he joined the Kurdish uprising against the Iraqi government and took up arms against the central government again in the 1970s.

After fighting a bitter civil war against forces loyal to Barzani in the 1990s, the two Kurdish factions came together to govern their autonomous region, which boasts its own regional government, parliament and armed forces.