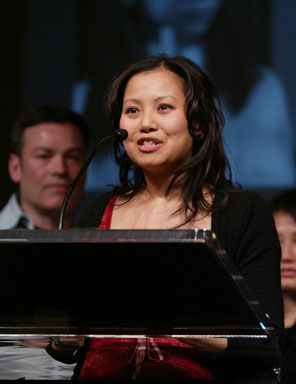 The scissors fight. Another allegation of sexual assault. The first winless exhibition season in 12 years. No wonder the Dallas Cowboys can't wait for the regular season to begin.

Brunell threw for 148 yards and two touchdowns to Jimmy Smith in the Jacksonville Jaguars' 42-20 victory Thursday night, making Dallas 0-for-preseason for only the third time in its 39-year history.

"Sure you want to win. Who doesn't want to win?" first-year coach Chan Gailey said. "But if we go on and play like we hope to play in the regular season, and have the season we hope we are going to have, this won't matter."

The Cowboys have lost 10 in a row dating to Nov. 16, when they scored 11 points in the final 1:55 to beat Washington 17-14. Barry Switzer was fired at the end of the year, but the troubles haven't disappeared.

Michael Irvin, on probation for drug possession, was involved in a dorm incident during training camp in which Everett McIver was cut in the neck with scissors.

On Wednesday, left tackle Larry Allen was named in a complaint by a topless dancer who alleged she was raped at knifepoint. No charges have been filed.

Allen, sitting at his locker with his head bowed, got up when a reporter approached and disappeared into the training room.

Troy Aikman and the starters played only two possesions and managed two first downs. For the preseason, the Cowboys' first-team offense scored three touchdowns in 15 possessions.

"We'd like to have won some games," said Aikman, who completed a 14-yard pass to Irvin and a 13-yarder to Ernie Mills in his four attempts. "Now the

games count. Whatever excuses we've had, we don't have those any more."

The Jaguars (2-2) have won their final exhibition game in each of their four years in the league, and this proved to be a good tuneup for Brunell, the top-rated passer in the AFC last year.

"It was a good showing, but you never want to be too comfortable," Smith said. "This was a great effort going into the regular season. That's about as good as it gets."

Gailey had said the starters would play only a quarter. It turned out to be a short one because of Dexter Coakley's 22-yard interception return for a touchdown on the third play of the game -- and two time-consuming drives led by Brunell.

The Jaguars' starting offense had the ball four times and, aside from the rocky start, continued to look strong.

Brunell's first interception of the preseason came on a pass deflected by George Teague and picked out of the air by Coakley, who ran down the right sideline for a 22-yard touchdown return.

But the Jaguars had few problems moving the ball after that.

James Stewart bounced off Coakley behind the line of scrimmage on fourth-and-1 and turned it into a 2-yard gain. Two plays later, Smith got behind Kevin Mathis -- who was starting for Deion Sanders -- for a 45-yard touchdown reception.

Although Dallas held on the Jaguars' next possession, the snap bounced to punter Bryan Barker, who twice tried to get off the kick before running 18 yards for a first down. Brunell twice hit Keenan McCardell, and Stewart scored on a 5-yard run.

The Cowboys pulled most of their starters after the first quarter, and Brunell found Smith behind third-string cornerback Zebbie Lethridge for a 31-yard touchdown that gave Jacksonville a 21-7 lead.

In the other two years that Dallas (0-5) failed to win an exhibition game, the Cowboys went on to losing seasons.

"If we don't do well, everybody will point to the preseason and say it started there," Gailey said.

Emmitt Smith, who rushed for 110 yards in the first half last week against the St. Louis Rams but had only three yards and three carries Thursday night, wasn't concerned.

"I think the offense is a lot farther along that it's shown during the preseason - by far," Smith said.

Jason Garett, largely ineffective throughout preseason as Aikman's backup, was 7-of-11 for 87 yards with one perfectly thrown 39-yard completion to Jeff Ogden. That led to Tarik Smith's 4-yard TD run, which cut the lead to 21-17 midway through the third quarter.

The Jaguars also got some nice results out of struggling reserves. Rookie quarterback Jonathan Quinn was 5-of-8 for 82 yards. He led them 65 yards in the two-minute offense, although Mike Hollis missed a 33-yard field goal.

Willie Jackson, the No. 3 receiver who found himself fighting for a roster spot, caught three passes for 70 yards and ran 21 yards on a reverse. That set up an 8-yard TD run by No. 9 pick Fred Taylor, his first of the preseason.

Hollis, voted to the Pro Bowl last year, later was wide left from 46 yards. He finished the preseason 3-for-10.

Dallas reserves were sloppy at the end. Trailing 28-20 early in the fourth quarter, Daniel Gonzalez' pass from the end zone was intercepted by Eddie Robinson, leading to a 7-yard TD run by Tavian Banks.

On the next series, cornerback Cordell Taylor stripped Tarik Smith and recovered the fumble. Two plays later, Banks eluded Lethridge and hurdled a defender to score on a 14-yard run.

"It's still just a preseason game," said Jaguars defensive tackle John Jurkovic. "It all gets started a week from Sunday. That's when we want an effort like this."