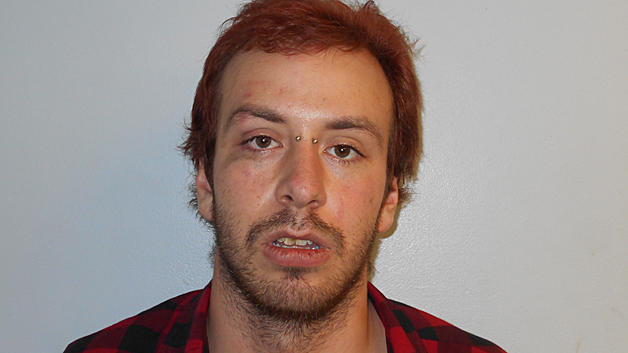 Police say a female employee was taking boxes out to the dumpster when a man approached her asking if she needed help. The man, whom police identified as 21-year-old Jacob May, then allegedly claimed he was a vampire and began running towards her.

Police say May followed her as she ran inside the store yelling for help. The female told police May yelled, “just touch me, I can save you.” May allegedly wrapped his arms around her when she fell to the ground. Police say May then attacked another employee who tried to fight him off.

Police arrived a short time later. May allegedly told a responding officer that he was a “vampire, ghost rider, Captain Jack Sparrow from Pirates of the Caribbean, Mr. Miyagi from the Karate Kid, and a leader of a band.”

Police identified May as a suspect for a home invasion that occurred two days prior. Police say in both incidents, May was likely under the influence of either drugs or alcohol.

May is due in court on Tuesday and is being held without bail.