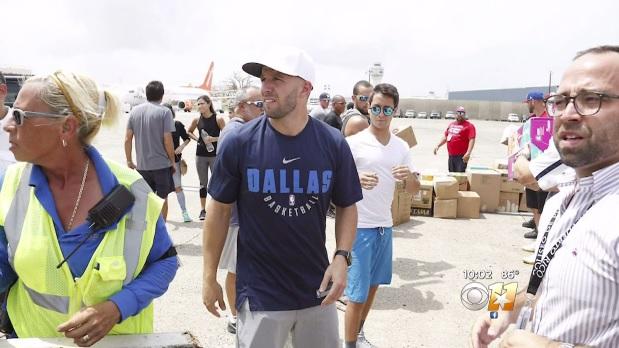 CBS Dallas / Fort Worth reports Barea woke up early on Tuesday and brought much needed supplies and relief to residents on the island.

The NBA star could not sit still after watching Maria tear through Puerto Rico and flood out his beloved island.

"It's not like we can drive things and everybody can meet," he said. "You got to go over water -- so it's really hard. It's like a bomb exploded."

"It's frustrating to see Puerto Rico like that and I know there's a lot of people hurting right now," said Barea. "But hopefully we can keep getting better."

Barea said supplies from rescue organizations were slow to arrive. Mavericks owner Mark Cuban let him use the team plane to bring relief to the storm-battered country.

Barea also helped bring back family, like his mother and strangers, who needed medical attention.

But Barea is only one person. He's calling on everyone to do their part to help our neighbor in the Caribbean.

"Just go. Just, trust me," said Barea, whose family is planning another trip to bring even more supplies to the island.