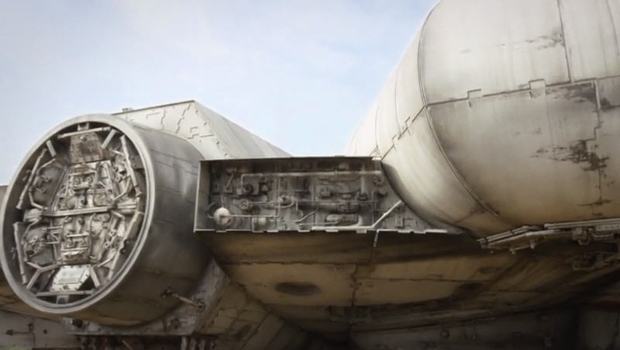 J.J. Abrams delighted "Star Wars" fans on Thursday by revealing a new look at the Millennium Falcon from "Star Wars: Episode VII" -- but it's the ship like you've never seen it before.

An explanation: Abrams' Bad Robot production company and "Batman v Superman: Dawn of Justice" director Zack Snyder have been engaging in a wonderfully nerdy Twitter battle, trading crossover mashups of both films back and forth.

It started back in July with a photo of a lightsaber-wielding Superman:

And then continued with Batman paling around with R2D2, Gotham City police arresting a Storm Trooper and C3P0 as the Dark Knight:

Which brings us back to that Millennium Falcon video. Watch to the end and you'll see the Batmobile from Christopher Nolan's "Dark Knight" trilogy hiding on the underside of the vehicle.