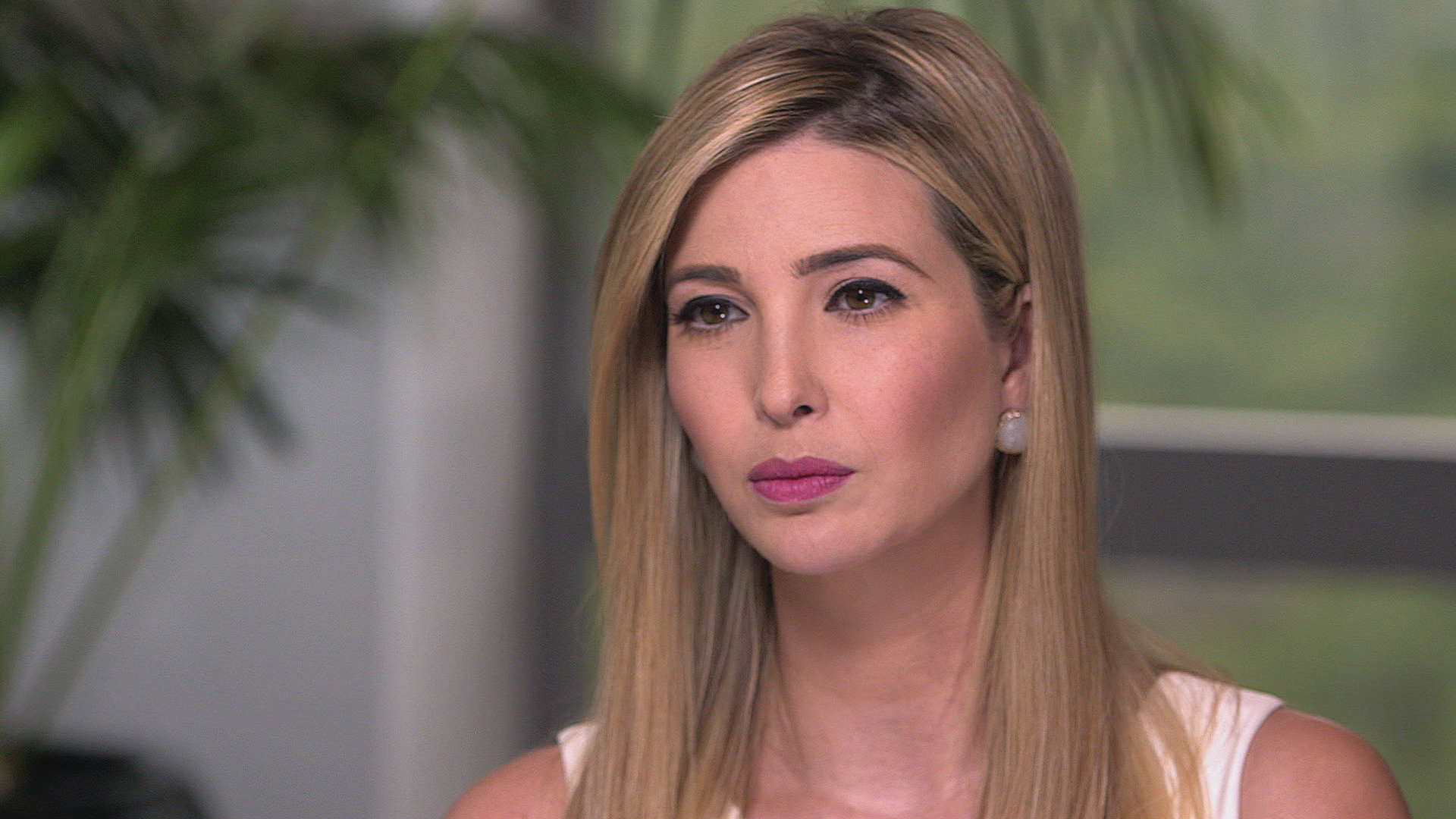 The New York Times' front-page exposé of Donald Trump's comments and alleged behavior toward women has brought new scrutiny in recent days, but one powerful woman is standing up for him.

Speaking both "in the capacity as a daughter and... as an executive who's worked alongside of him" for over a decade, Ivanka Trump defended her father, calling the latest accusations "disturbing," reports "CBS This Morning" co-host Norah O'Donnell.

Ivanka Trump dismissed the charges, claiming that facts had been created to "reinforce" a "strong thesis" and that the facts would eventually "speak for themselves."

"Most of the time, when stories are inaccurate, they're not discredited and I will be frustrated by that. But in this case, I think they went so far," Ivanka said. "...This is an article that is widely being discredited. The lead person who was interviewed -- for the story and that the story opens up with -- was all over the news yesterday, saying that they manipulated what she was saying. So you know, I don't find it that meaningful to comment on this particular story because I think the facts are starting to speak for themselves."

Ivanaka also rejected a former colleague's claim that she had been groped by Donald Trump during a business meeting.

"I'm not in every interaction my father has, but he's not a groper. It's not who he is," she said. "And I've known my father obviously my whole life and he has total respect for women. He was promoting women in development and construction at a time when it was unheard of. There was no trend towards equality in the real estate and construction industry back in the 1980s. And he was doing it because he believes ultimately in merit."

But the presumptive Republican nominee has vowed to play the gender card in his fight against his Democratic rival, Hillary Clinton -- who Ivanka Trump has financially supported and voted for in the past. As the attacks sharpen between the two candidates, Trump has threatened to bring up the personal scandals that plagued Bill Clinton during his presidency.

"Well is he using gender or is she using gender? I think she's using gender as well," Ivanka said. "I'm not going to advocate for a female leader who I'm voting for solely on the basis of gender. And I think a lot of people feel that way."

When O'Donnell asked Ivanka whether mentioning the former president's past infidelities was "worthy of a presidential campaign," Ivanka evaded the question, responding, "You would have to ask my father about it. I mean... my role isn't politics. My role is running our business."

But Donald Trump has shown no hesitation in making his attacks against women public, especially in his Twitter rants. He says Hillary Clinton is "crooked" and called Fox News anchor Megyn Kelly a "bimbo."

"I have certainly thought that certain things should be toned down, but not necessarily in relation to that," Ivanka said. "When I think about myself as a feminist, it's important that women are treated equally and he treats women and men equally."

The attacks against women are having an impact. Polls show he has a 69 percent unfavorable rating among women.

"How does he change that?" O'Donnell asked.

While it is undoubtedly difficult, Ivanka works to stay out of the political spotlight. But even away from the campaign trail, her family is putting its own stamp on Washington. This September, Ivanka Trump is set to open one of her top projects -- the Trump International Hotel, a transformation of the Old Post Office Pavilion.

"We are actually a year ahead of schedule, a little over a year and under budget which I think is a first for Pennsylvania Avenue. So we are very, very proud of that and it's going to be just a magnificent property," Ivanka said. "...So we're feeling pretty good about that, especially given the complexities of developing a historic building."

While working on the hotel's renovation, Ivanka gave birth to her third child and her father's become the presumptive Republican nominee for president. In that role, he would no longer run the Trump organization, but Ivanka said being his successor is not a priority.

"You know, my brothers and I early on said to one another that, as a collective, we could do far more than any of us could do individually. And I really believe that," Ivanka said. "So...for me, title is largely irrelevant. I want to show up at work and love what I do and be able to work on projects that I'm passionate about."

She's especially passionate about curating her own lifestyle brand, featured most prominently on IvankaTrump.com, with everything from style to parenting advice for the working woman.

"For me, one of my life's mission is to disrupt these dated concepts of what it really looks like and means to be a working woman. The expression, 'working man' is never heard in conjunction. But people still talk about this sort of working woman and there's a bit of negativity to that connotation," Ivanka said. "So I think really celebrating the many different ways women are working at their lives and architecting lives that they want to live... I would be so proud if I could be or play just a small role in changing that narrative."

Changing and defining the narrative seems synonymous with Trump these days. But while her father's campaign for president has been marked by political frenzy and controversy - and the crowds to match - Ivanka's brand and social media are devoid of politics. She said she is "not focused on politics," but rather, the business that she was raised to run.

"After school... I would come up and sit on the floor of my father's office and I'd just play," Ivanka recalled.

The woman brought up inside of the halls of Trump Tower knows of no glass ceilings.

"The way my father raised me was really informative of how I think about my role as a female and how I view myself in a professional and personal capacity," Ivanka said. "So he encouraged me to set the bar very high for myself, to set great goals for myself. But he also celebrates the fact that I'm a mother of three children, his grandchildren, and wife to my husband - is something that I feel very blessed about. He believes that it's for me to choose ultimately what my life should look like and to architect a life that I want for myself, and that will make me happy."

Ted Koppel exposes threat of cyberattack on U.S. in "Lights Out"