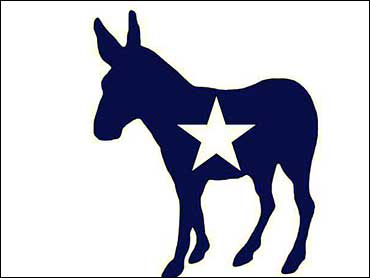 The Democratic National Committee, which had originally planned to hold its 2004 convention in mid-July, is now thinking about moving the date to Aug. 30, reports CBS News Senior Political Editor Dotty Lynch.

Why? Sources tell CBS News that when the Republicans decided a few weeks ago to forgo the July slot and hold theirs the weeks of Aug. 23, 30 or Sept. 6, Democrats decided that they should think about changing their date as well.

A late August-early September convention would be unusual but sources at the committees cite the Olympics, money and "bounce" as three big factors. Republicans who, as the party in power, typically go second, decided that a late convention which would capitalize on the patriotic feeling of the Olympics that end Aug. 29, would give President Bush momentum going into the fall. In addition, President Bush is likely to have significant funding which will more than carry him through the summer. The new campaign finance laws will enable President Bush to double, triple or quadruple the $100,000,000 he raised in 2000 and spend it until the convention. He won't have to dip into the general election money until after the convention.

The Democratic candidate will be in a financial bind whichever date is chosen. Presuming that the Democrat will take matching money and have a competitive primary, the candidate may well be low on funds by early spring. A July convention would allow spending of general election money as soon as the convention ends. But, of course, the Democratic nominee would then have less to spend in the fall when President Bush would just be starting.

However, Democratic sources say it's the "bounce" which really matters. An early July convention would give their candidate a boost for a few weeks -- only to have it fade during the Olympics.

The Democratic National Committee's 2004 site selection committee meets on Wednesday in Washington. The timing of the convention is a major issue for cities bidding on the convention.
By Dotty Lynch