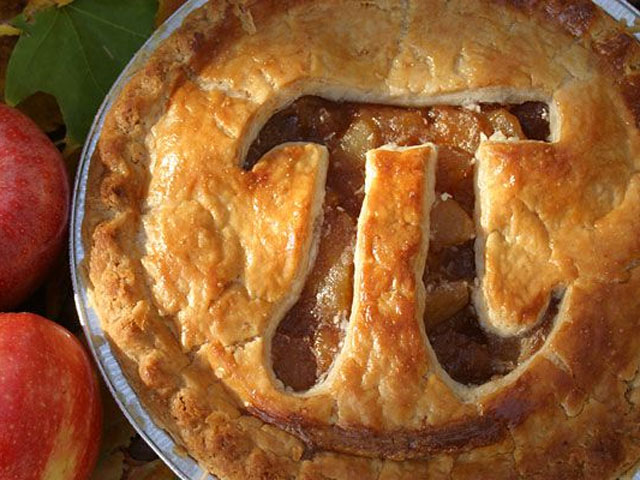 (CBS) - Happy 3.14159265... Day! As you mathletes might already know, today is national Pi day - the one day a year (3/14 of course) when we take time to reflect on that mysterious, endless mathematical constant that circles around us.

For those not in the know, Pi is a mathematical constant which helps describe circles and is used heavily is science and engineering. It intrigues, in part, because it's so hard to pin down. Try dividing 22 by 7 (one way of describing Pi) and see how far you get. You might be at it a while. So far the record is 5 trillion places beyond the decimal point. It's believed the sequence never ends or repeats.

So what's to do on Pi Day? Here are 3.14 simple ideas (rounded down of course). Challenge your friends to a Pi digit counting contest, try to square some circles, or just have a slice of pie (this pun is MIT-approved.)

One Pi junkie even turned it into a song, which you are naturally expect to sing today.VIDEO: Musician makes music out of Pi

The history of Pi goes back to antiquity. The Greek mathematician Archimedes was the first to seriously devote himself to the understanding of Pi, but use of the mysterious constant goes all the way back to ancient Egypt. The Great Pyramids of Giza were recently discovered to have a ratio of perimeter to height that works out to Pi.

And after thousands of years, Pi still astounds. "The idea that something so simple should unfold in something that is unknowable is baffling," mathematician David Blatner recently told Time.com.

So take a moment to brush up on your Pi digit counting or let these guys do the math and see how absurdly long Pi can go.