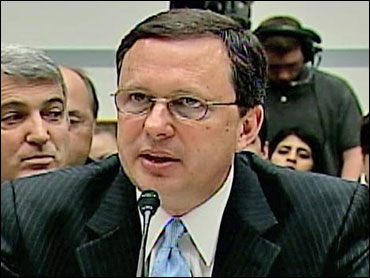 Mike Brown took a pounding at the congressional hearings on FEMA yesterday. Congressman Chris Shays, republican of Connecticut, likened him to a deer in the headlight. Brown says, "What was I supposed to do, something super human?"

Well, it was an extraordinary storm, which required an extraordinary response. Of course for weeks now the government and the president have assured us they have learned from the mistakes of Katrina.

Then explain this. When I was heading into hard hit Lake Charles Saturday afternoon we passed FEMA convoys carrying huge generators into the hurricane zones. Good, right? 48 hours later, Monday afternoon with the generators stacked in a parking lot, the mayor of Beaumont, Texas couldn't get FEMA to release some of them to power up the local hospital.

In Port Arthur, Mayor Oscar Ortiz said this about FEMA: "We've had 101 promises, but it's all bureaucracy."