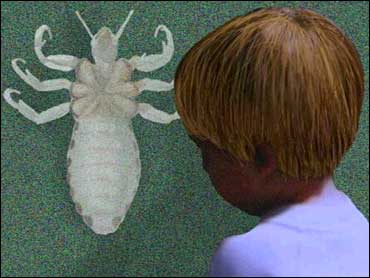 Parents who paid $285 for an experimental head lice treatment for their children might be scratching their own heads, now that the doctor selling the stuff says it's really a skin cleanser available for under $10 a bottle at drug stores across the United States.

Dr. Dale Pearlman got widespread media attention and skepticism from some head lice experts last year when the journal Pediatrics published his study detailing results with a product he called Nuvo lotion. He described it as a "dry-on suffocation-based pediculocide" and the first in a new class of nontoxic lotions for head lice.

And as of this weekend, his Web site still said the costly treatment was only available at his Menlo Park, California, office.

But now, in a letter to the editor for release Monday in December's Pediatrics, Pearlman says the treatment "was actually Cetaphil cleanser," available over the counter in the U.S. and abroad, and made by a company he has nothing to do with.

"He seems to imply that you could do it yourself," something patients would have wanted to know, as well as doctors and Pediatrics' peer reviewers who read last year's study, Kahn said. "You don't pull tricks on your colleagues and the peer review."

Leonard Fleck, a Michigan State University medical ethicist, said Pearlman's lack of disclosure in the original study made it impossible for other scientists to test his methods.

"At the very least there's deception there for reasons of self-interest," Fleck said.

Pearlman acknowledged that he didn't disclose the information until now "because I wanted to get rich" and had hoped pharmaceutical companies would offer him money to further develop a Cetaphil-based product for head lice. When that didn't happen, he says, he decided to write the letter.

"I thought it would be so fun to make the world a better place by telling everyone about this," Pearlman said in a phone interview.

He would not say how many patients had sought the treatment or how much money he'd made on it since his study was published. He said they were given bottles of Nuvo and were told the treatment was part of his research, but were not told they were getting Cetaphil.

Pearlman said his treatment should still be considered novel because it uses Cetaphil in a new way, having patients apply the lotion and dry it with a hair dryer to suffocate head lice.

Diagnostic testing makes the in-office price worth it, Pearlman said.

Brent Petersen, communications manager for Cetaphil's maker, Galderma Laboratories LP of Fort Worth, Texas, called Pearlman's tactics "a bit misleading" and said the company knew nothing about Pearlman's use of Cetaphil until learning of his letter.

He said Cetaphil's label clearly states that it is a skin cleanser and that Galderma has no data confirming or denying that it is an effective head lice treatment.

A spokeswoman for the California Medical Board said they have no public record of any disciplinary action against Pearlman, but that complaints and investigations are not public information.

Dr. Jerold Lucey, Pediatrics' editor, called Pearlman "a bit of a huckster" and said that, in hindsight, when Pearlman submitted his study "I probably would have said: 'We can't publish this if you can't tell us what it is."'

However, said Lucey, "You've got to give him points for writing" to set the record straight.