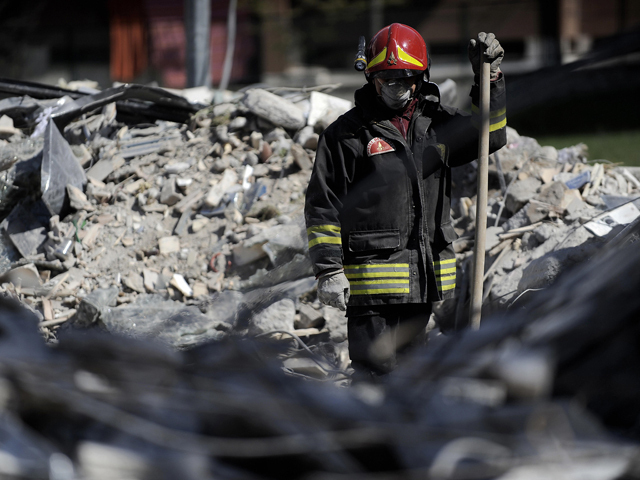 Six Italian scientists and a government official have been sentenced to six years in prison over statements they made prior to a 2009 earthquake that killed 309 in the town of L'Aquila.

A year-long trial came to a close today (Oct. 22) with the verdict, which alarmed earth scientists worldwide.

"I hope the Italians realize how backwards they are in this L'Aquila trial and its verdict," Erik Klemetti, an assistant professor of geosciences at Denison University in Ohio, wrote on Twitter, adding that the verdict was a "terrible precedent."

According to prosecutors, the scientists and official downplayed the risks of a large quake in L'Aquila, Italy, after a series of tremors shook the city in early 2009. On April 6, 2009, a magnitude-6.3 quake hit, killing 309 people. L'Aquila's medieval architecture led to numerous building collapses during the quake. [See Photos of L'Aquila Earthquake Destruction]

It took Judge Marco Billi just more than four hours to reach a verdict, according to the BBC. The scientists were found guilty of multiple manslaughter.

At the controversial March 31 meeting in L'Aquila, earth scientist Enzo Boschi, a defendant in the case, acknowledged the uncertainty, calling a large earthquake "unlikely," but saying that the possibility could not be excluded. In a post-meeting press conference, however, Department of Civil Protection official Bernardo De Bernardinis, also a defendant, told citizens there was "no danger."

At the beginning of the trial in September 2011, U.S. earthquake scientists conveyed alarm at the idea of subjecting earthquake risk assessment to the criminal justice system.

"Our ability to predict earthquake hazards is, frankly, lousy," Seth Stein, a professor of Earth sciences at Northwestern University in Illinois, told LiveScience then. "Criminalizing something would only make sense if we really knew how to do this and someone did it wrong."

Knowing whether small quakes are foreshocks for a larger temblor is impossible, according to seismologists. A 1988 study of other quake-prone Italian regions found, for example, that about half of large quakes were preceded by weaker foreshocks. But only 2 percent of small quake swarms heralded a larger rupture.