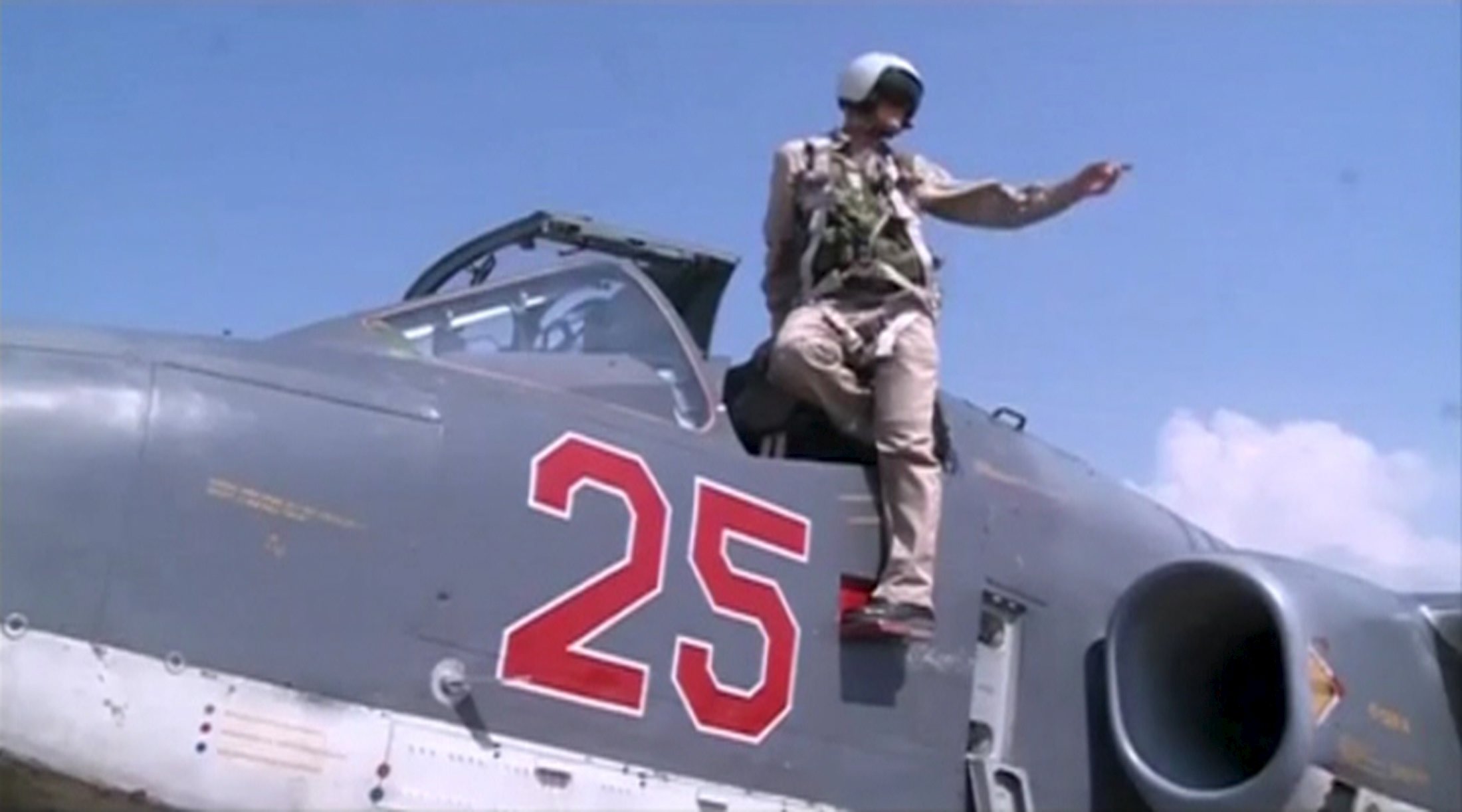 JERUSALEM - A Russian jet recently penetrated Israeli airspace but was not shot down thanks to an open communication system between the two countries, Israel's defense minister said Sunday as tensions continued to flare between Ankara and Moscow after Turkish troops downed a Russian warplane.

Defense Minister Moshe Yaalon said the plane entered about a mile into Israeli airspace by "mistake" and immediately turned around back to Syria when the Russians were notified. For two months, Russia has been carrying out airstrikes to support Syrian President Bashar Assad.

Yaalon told Israel Radio that after Russia announced its air campaign in Syria, Israeli Prime Minister Benjamin Netanyahu, along with his military chief of staff and other officials, met with Russian President Vladimir Putin. He said Israel later opened a channel for coordination with Russia "to prevent misunderstandings."

He said there has been one incident so far of a Russian plane entering Israeli airspace and it was "immediately corrected in the communications channel." He didn't say when it occurred.

"Russian planes don't intend to attack us and therefore there is no need to automatically, even if there is some kind of mistake, shoot them down," he said.

Yaalon's remarks come amid a crisis between Ankara and Moscow after Turkey downed a Russian warplane.

Putin issued a decree on Saturday calling for sanctions against Turkey. It includes a ban on some goods and forbids extensions of labor contracts for Turks working in Russia as of Jan. 1. It doesn't specify what goods are to be banned or give other details, but it also calls for ending chartered flights from Russia to Turkey and for Russian tourism companies to stop selling vacation packages that would include a stay in Turkey.

Putin also called for ending visa-free travel between Russia and Turkey and ordered the tightening of control over Turkish air carriers in Russia "for security reasons." The decree was issued "to protect Russian citizens from crimes," a Kremlin statement said.

The decree came hours after Turkish President Recep Tayyip Erdogan voiced regret over the incident, saying his country was "truly saddened" by the event and wished it hadn't occurred.

Yaalon explained on Sunday that the Russians notify Israel ahead of time when they will get close to the country's airspace.

Israel is believed to have carried out airstrikes on several weapons convoys in Syria headed to the Iranian-backed Hezbollah militant group in Lebanon. Hezbollah, a Shiite Muslim group sworn to Israel's destruction, fought a monthlong war with the Jewish state in 2006.

Israel has neither confirmed nor denied the airstrikes, but has said it will not allow sophisticated, or "game changing", weaponry to reach anti-Israel militant groups.

Syria and Israel are bitter enemies. Israel has avoided taking sides in the Syrian conflict that pits President Bashar Assad's government against various militant forces, including the Islamic State of Iraq and Syria.

Israel has been carefully monitoring the Syrian war since it erupted in March 2011. While relations are hostile, the ruling Assad family has kept the frontier with Israel quiet for most of the past 40 years.