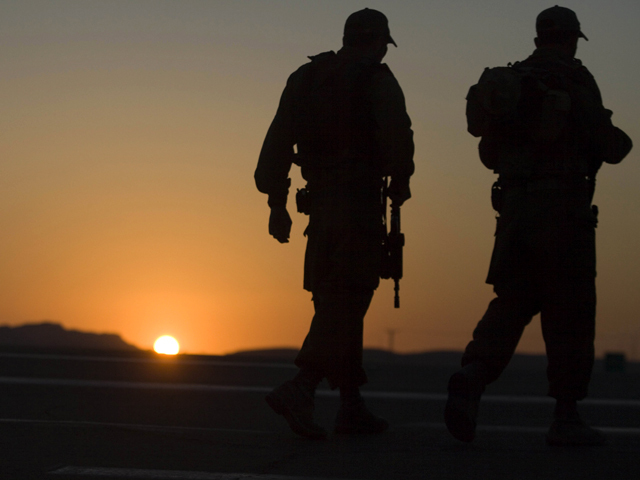 (AP) JERUSALEM - The Israeli military on Wednesday conducted its largest snap drill in years as tensions with Iran over its nuclear program rise and civil war in neighboring Syria rages.

Military chief Lt. Gen. Benny Gantz ordered the exercise to test the competence and preparedness of several units in the armed forces, a military statement said. It called the drill in northern and central Israel "part of a routine inspection" that "does not indicate any changes" in the country's alert levels.

Tens of thousands of soldiers were mobilized for the exercise, including artillery and air force personnel, making the drill unique because of the number of soldiers and senior officers involved, several officials said. They spoke on condition of anonymity, according to military regulations.

As part of the exercise, troops were dispatched by air from central part of the country to the Israeli-controlled part of the Golan Heights, captured from neighboring Syria in the 1967 Mideast war, the officials said. The drill ended with a live fire exercise in the Golan.

Israeli leaders have repeatedly said they fear Syria's stockpile of chemical weapons and missiles might fall into the hands of anti-Israel militants during the fighting there. Israel is also concerned that Iran is close to developing nuclear weapons. Tehran has denied such claims, insisting its nuclear program has no military component.

Israel has been warning of an Iranian nuclear threat for nearly two decades. The country's leaders have recently suggested they would be prepared to strike Iran's nuclear facilities unilaterally to prevent Tehran from acquiring atomic bombs.

The military has been systematically planning ways to stop the Iranians for years, acquiring military aircraft, bombs and refueling planes and testing long-range missile systems in exercises that could serve as a model for striking targets in Iran, some 1,000 miles away.