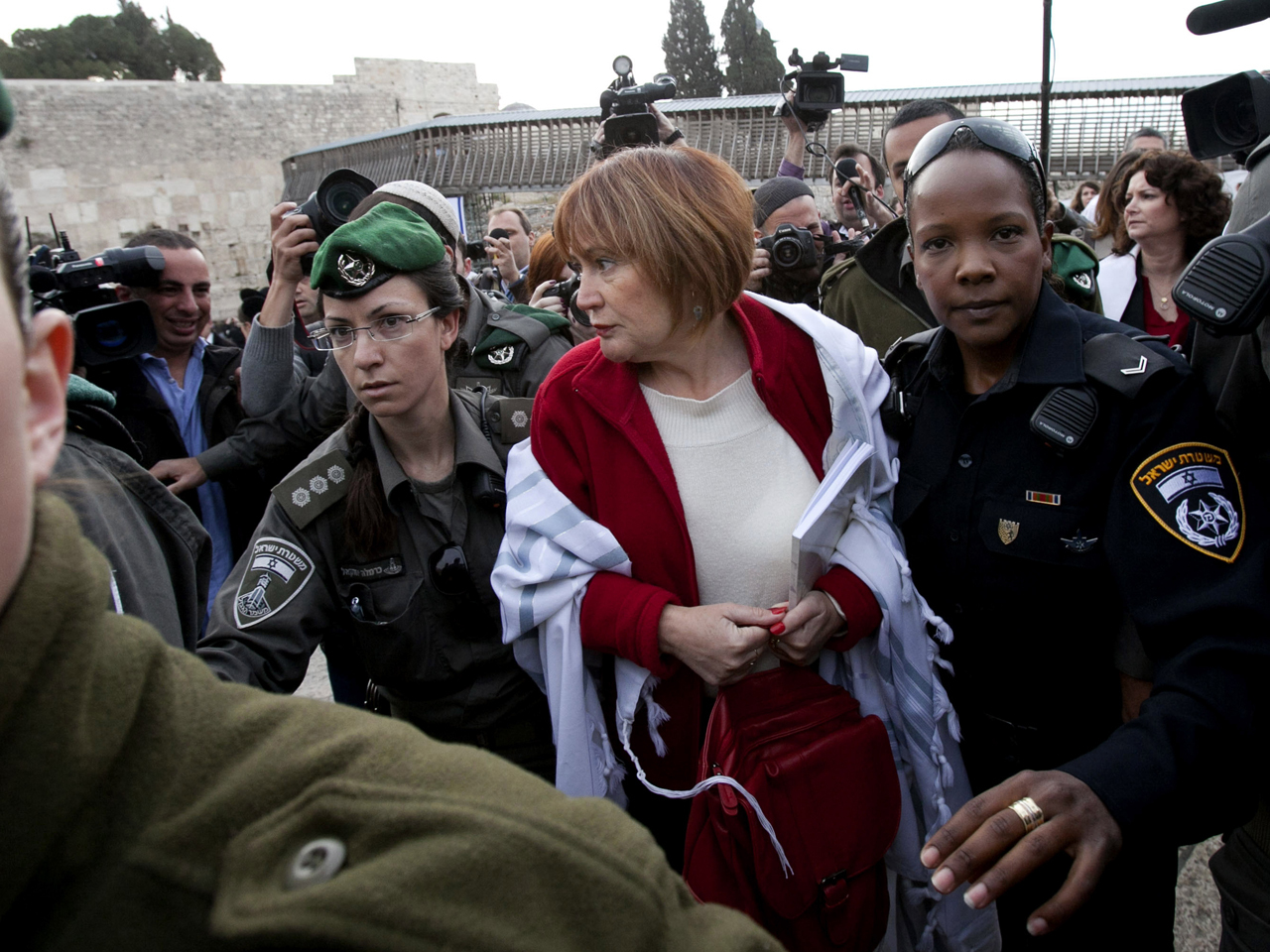 The detentions came just a day after an Israeli organization proposed a compromise to diffuse tensions over the issue of women's worship at the Western Wall. The proposal, which still has to be approved by the government, envisions establishing a new section at the site where men and women can pray together.

Rosenfeld said an ultra-Orthodox man was also detained for burning a prayer book in protest and was still in custody.

The Western Wall, the only remaining part of the biblical Temple compound, is the holiest site where Jews can pray. It is currently divided into men's and women's sections. Orthodox rabbis, who control Israel's religious institutions, oppose mixed-gender prayers.

In recent months, female worshippers have been detained at the site for wearing religious garments and leading prayers.

On Wednesday, Natan Sharansky, chairman of the semi-governmental Jewish Agency, offered a compromise that could mark a significant victory for liberal streams of Judaism in their long quest for recognition.

After the arrests on Thursday, the agency again urged for compromise.

"The events at the Western Wall today are one more reminder of the urgent need to reach a permanent solution and make the Western Wall once again a symbol of unity among the Jewish people, and not one of discord and strife," the agency said in a statement.

Tamar Zandberg, a dovish lawmaker who joined the woman and wore a prayer shawl herself on Thursday, accused the government of duplicity. She was spared detention because of her parliamentary immunity.

"The first step we see after this initiative is the arrest of women at the Wall," she said. "The idea is great but the test is in the execution . today was the first test and the government failed."

While most Israelis are secular, Judaism has a formal place in the country's affairs, and Orthodox rabbis govern events such as weddings, divorces and burials for the Jewish population.

The ultra-Orthodox, who follow a strict brand of Judaism that promotes religious studies over work, military service and other involvement in modern society, have traditionally wielded vast political power — although they make up only about 10 percent of the population.

However, the ultra-Orthodox have been left out of the new Israeli government, raising hopes among liberal Jews that reforms can be promoted.

The Orthodox rabbinate has fiercely resisted inroads by the progressive Reform and Conservative streams of Judaism, refusing to recognize their rulings, conversions or ceremonies as religiously valid. This has led to a deepening rift with American Jews, most of who are affiliated with the liberal streams.

Sharansky's proposal aims to soothe over the differences by creating a permanent area for mixed-gender and women-led prayer. It would be located in an area on a lower level, where limited mixed-gender prayer already is allowed, but which mainly serves as an archaeological site.

The area would be renovated with a platform that would place it at the same level as the rest of the Western Wall plaza and it would be open to worshippers around the clock, just like the existing men's and women's sections.

"We are deeply disappointed because we believe that in order to move forward with any concept of compromise of joint vision to this site a few basic conditions must be met," he said.