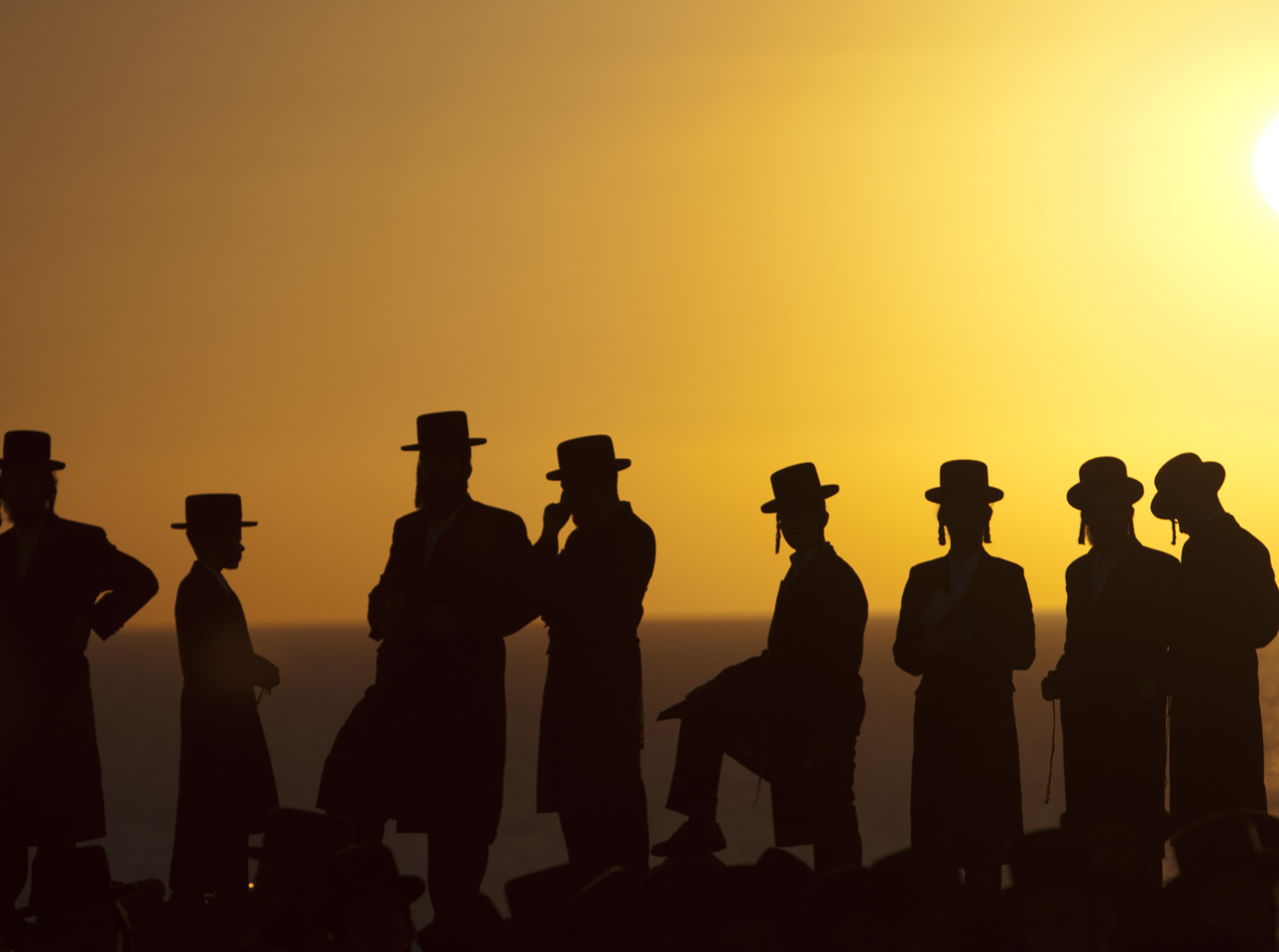 The country has completely closed its airspace to airplanes, shut down its buses and trains, and locked its border crossings in preparation the holy day, which begins Tuesday evening and ends Wednesday after sundown. Restaurants, businesses and schools closed, government ministries shuttered, and Israeli television and radio stations went silent. Highways and roads emptied of cars - a convention honored even by most secular and non-Jewish Israelis.

Yom Kippur is Judaism's day of atonement, when devout Jews ask God to forgive them for their transgressions. They refrain from eating and drinking and attend intense prayer services in synagogues. The day caps a traditional 10-day period of soul-searching that began with the holiday of Rosh Hashanah, the start of the Jewish new year.

This year, the day of introspection comes amid heightened speculation that an attack on Iran's nuclear facilities could be near. When Yom Kippur comes to a close Wednesday night, Prime Minister Benjamin Netanyahu will make his way to New York to address the United Nations with one main message: Iran's nuclear program is an existential threat to Israel, and it must be stopped.

"May God upturn whatever schemes they are scheming for us," Amar said.

Many Israelis fear that the quiet on the streets is the calm before the storm. Israeli analyst Yossi Ben Aharon told CBS correspondent Robert Berger that if the U.S. doesn't make a strong move against Iran's nuclear facilities, Israel will -- creating a "confrontation and an explosion."

"You can see on the horizon the dark clouds of war," he said.

Many Israelis also reflected on the 1973 Arab-Israel War, which Israelis call the Yom Kippur War because it broke out surprisingly on that day. The war marked a watershed moment in Israeli collective memory, when the country suffered heavy losses on the battlefield. On Tuesday, families published notices in the obituary section of newspapers in memory of their loved ones who died in the war.

Many of Israel's secular Jews fast for the day, but stay at home watching movies and playing board games. In another Israeli Yom Kippur tradition, secular children ride skateboards and bicycles through the empty streets.

At Jerusalem's outdoor market, many scurried around doing last-minute errands before the country shut down. Nearby, ultra-Orthodox Jews swung live chickens over their heads while reciting a blessing, then slaughtered the birds - a symbolic ritual that transfers their sins to the animals. The practice has come under criticism in recent years, and many have replaced it by donating money to charity instead.

Adesu Masala, 72, an Ethiopian Jewish immigrant to Israel, was leaving the tailor's with a newly hemmed pair of dress pants to wear at his synagogue. He looked up to the heavens when he reflected on his prayers for the holy day.

"I will pray to God for a long life, and health for my children, wife and grandchildren," he said.

Tikva Horne, 70, was returning home from a visit to the doctor. She said she would be going to synagogue praying for "health for everyone, and that God forbid there will be a war."