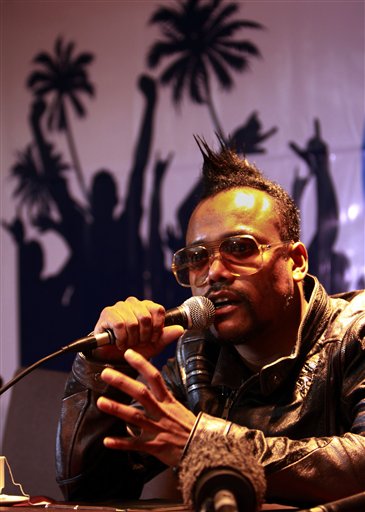 Soldiers fired live rounds and rubber-coated steel pellets at Palestinians who threw stones during the demolition of more than 100 market stalls.

The army said it launched the operation because terrorists in the area are planning attacks, and in response to a series of ambushes in Hebron. Since Nov. 15, 18 Israelis have been killed in such attacks.

It's the first military operation since Prime Minister Ariel Sharon was re-elected, and is a clear indication that Sharon plans to continue his military crackdown in the Palestinian territories.

Arafat had told an Israeli TV station that he's ready for immediate talks with Prime Minister Ariel Sharon. Sharon responded that Arafat is not a partner.

"What he's interested is creating a state not next to Israel, but one instead of Israel," said Netanyahu.

Palestinian officials say that means that under the next Israeli government, there's no hope for a cease-fire or peace.

Sharon's refusal to talk with Arafat "is a reflection of the policies of the next government of Israel — a frozen peace process, deterioration and escalation, and attempts to dictate rather than negotiate," said Palestinian Cabinet minister Saeb Erekat.

In the Gaza Strip, Israeli army bulldozers demolished three homes in the town of Rafah on Thursday, as well as two wells that provide water for thousands of residents, Palestinian witnesses said. The army did not immediately comment on the operation in Rafah.

Three bulldozers escorted by four tanks demolished the stalls at a vegetable market in the center of Hebron. The army had no comment on the demolition.

The army accused police of helping militants. It said a bomb was found at one of the police stations on Wednesday and was detonated in a controlled explosion. Palestinian police said the bomb had been removed from a car found recently in the Hebron area.

The Hebron police chief said Israeli soldiers released criminals held in lockups at the police stations. The army said the jails were empty when soldiers arrived. Troops questioned 11 police officers at the stations before freeing them, the army said.

Madoun accused Israel of trying to create more chaos in the Palestinian areas.

"It's Sharon's policy to destroy the last remnant of the Palestinian Authority in Hebron, the police force," Madoun said. "The Palestinians can't even feel safe from criminals."

The force was established as part of interim peace agreements in 1995. In the past 28 months of fighting, Israeli troops have persistently targeted Palestinian police installations in response to bombing and shooting attacks by Palestinian militants. Israel has accused officers of participating in attacks or doing nothing to prevent them.

Palestinians say the targeting of its security forces is part of an Israeli campaign to dismantle the Palestinian Authority.

Soldiers also closed two local TV stations and a radio studio, arresting a worker at one of the TV studios, broadcasters said. Khaled Masade, director of Nauras TV, said his station only broadcast music shows and films. "We don't know why they are closing us," he said.

In a statement, the army made no reference to the closing of TV stations.