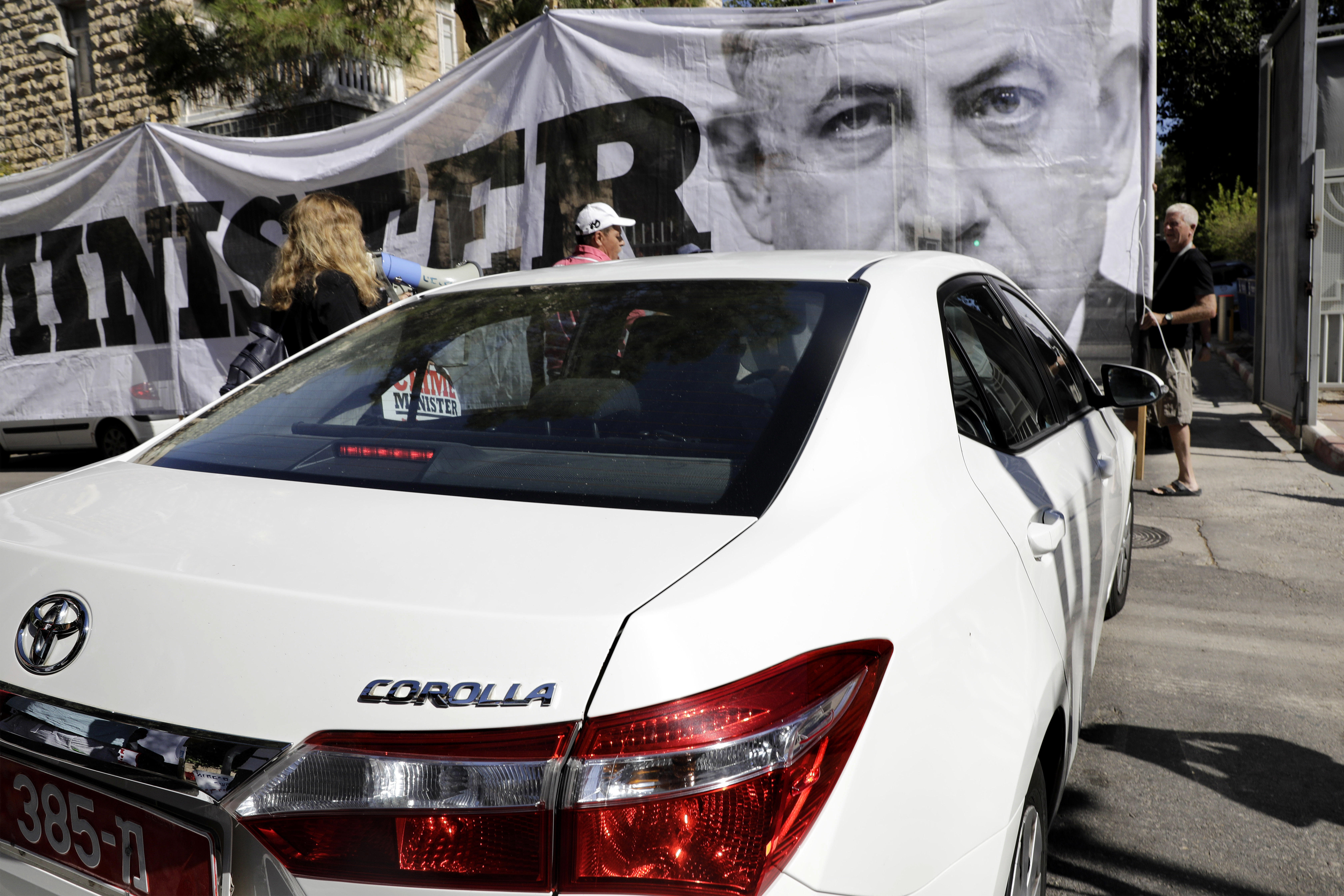 Israeli media reported that Netanyahu was to be questioned over a corruption case involving Israel's telecom giant, but the police made no immediate comment.

Two Netanyahu confidants have been arrested on suspicion of promoting regulation worth hundreds of millions of dollars to the Bezeq telecom company. In return, Bezeq's subsidiary news site, Walla, allegedly provided positive Netanyahu coverage. The confidants have turned state witnesses.

Police have recommended indicting Netanyahu on corruption charges in two other cases.

Netanyahu has repeatedly denied any wrongdoing, dismissing accusations as a media witch hunt.

In June, Israeli prosecutors charged Netanyahu's wife Sara with misusing over $100,000 in public funds to order lavish meals from some of the country's most famous chefs. While the prime minister was not directly implicated in that case, the indictment was an embarrassment for the long-serving leader and brought back attention to his own legal problems after months of political successes.

Sara Netanyahu had long faced allegations of abusive behavior and living extravagantly. In 2016, a court ruled she abused an employee and awarded the man $42,000 in damages. Other former employees have accused her of mistreatment, charges the Netanyahus have vehemently denied.