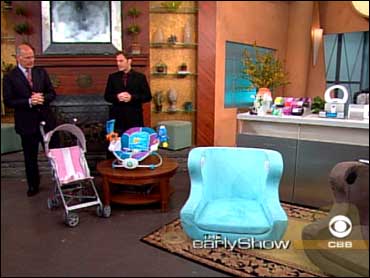 For one game, the New York Islanders managed to relive their glory years.

With Mike Bossy dropping the ceremonial first puck and Butch Goring standing behind the bench, the Islanders got a goal and assist from rookie Tim Connolly and a goal and two assists from Mariusz Czerkawski to beat the Colorado Avalanche 4-2 Sunday.

The spirited crowd of 14,523 saw New York beat the Avalanche for the first time in nine tries since the franchise moved from Quebec City to Denver.

"I feel tremendous," Goring said. "It's very emotional for me."

The Avalanche registered only one shot over the game's first 14 minutes, but it was enough for a 1-0 lead. At 3:37, four seconds into their first power play, Sandis Ozolinsh fired a slapshot through goalie Felix Potvin's legs.

The Islanders kept pressure on Colorado goalie Patrick Roy, and it paid off during their first power play at 12:22 when Mats Lindgren found himself with the puck in the slot after Czerkawski tried a deke that failed. His wrist shot tucked under the crossbar.

"That first period, we played one of the best periods ever as a team," defenseman Rich Pilon said.

Connolly showed a bit of his magic 88 seconds into the second period to give New York the lead for good.

Mark Lawrence sent a back pass along the left boards to Connolly, who darted across the ice through the circles. He patiently waited and fked down two players, and got Roy to fall over Ozolinsh. He then wristed the puck from the right circle into the top of the net.

"It was exciting to get my first goal in my first home game," Connolly said. "What made it better was that it was a win, and against a great team like the Colorado Avalanche."

Connolly looked more like a veteran than an 18-year-old, according to linemate Gino Odjick.

"He's one of those kids that doesn't come along too often," Odjick said. "He's very mature for his age. He's very patient with the puck, and he's great at setting up his teammates."

Czerkawski scored the eventual game-winner 1:57 later while the Islanders had a two-man advantage. He took Connolly's cross-ice pass at the right crease and had his initial shot blocked by defenseman Adam Foote. The puck bounced right to Czerkawski, who lifted it over Foote.

Colorado lost Ozolinsh at 12:12 when Claude Lapointe slashed him on the right foot.

"It's just a bruise," Ozolinsh said. "The thing was that it hit a nerve and it hurt like crazy, but if I can skate tomorrow, I'll play (in Boston)."

Avalanche coach Bob Hartley was livid no penalty was called on Lapointe.

"(Referee Brad Watson) didn't see it," Hartley said. "But when you have a guy going off limping and a broken stick on the ice, it's not hard to figure out what happened."

Alex Tanguay brought the Avalanche within a goal on a power play at 16:59, but Colorado couldn't muster enough consistent pressure against Potvin and the Islanders.

Lapointe sent the crowd home happy with 54 seconds left when he sped in on a breakaway and fired a sharp angle shot from the left circle into the top right corner.

"It wasn't my plan (to shoot there), but that's what happened," Lapointe said. "It was a very sharp angle, but I shot the puck where it was supposed to be."

Hartley wasn't pleased with his team's effort as the Avalanche only mustered 16 shots on Potvin, while Roy faced 31.

"We didn't show up for the first 45 minutes," Hartley said. "We spent way too much time in our own zone, and it's tough to get shots on goal from there."