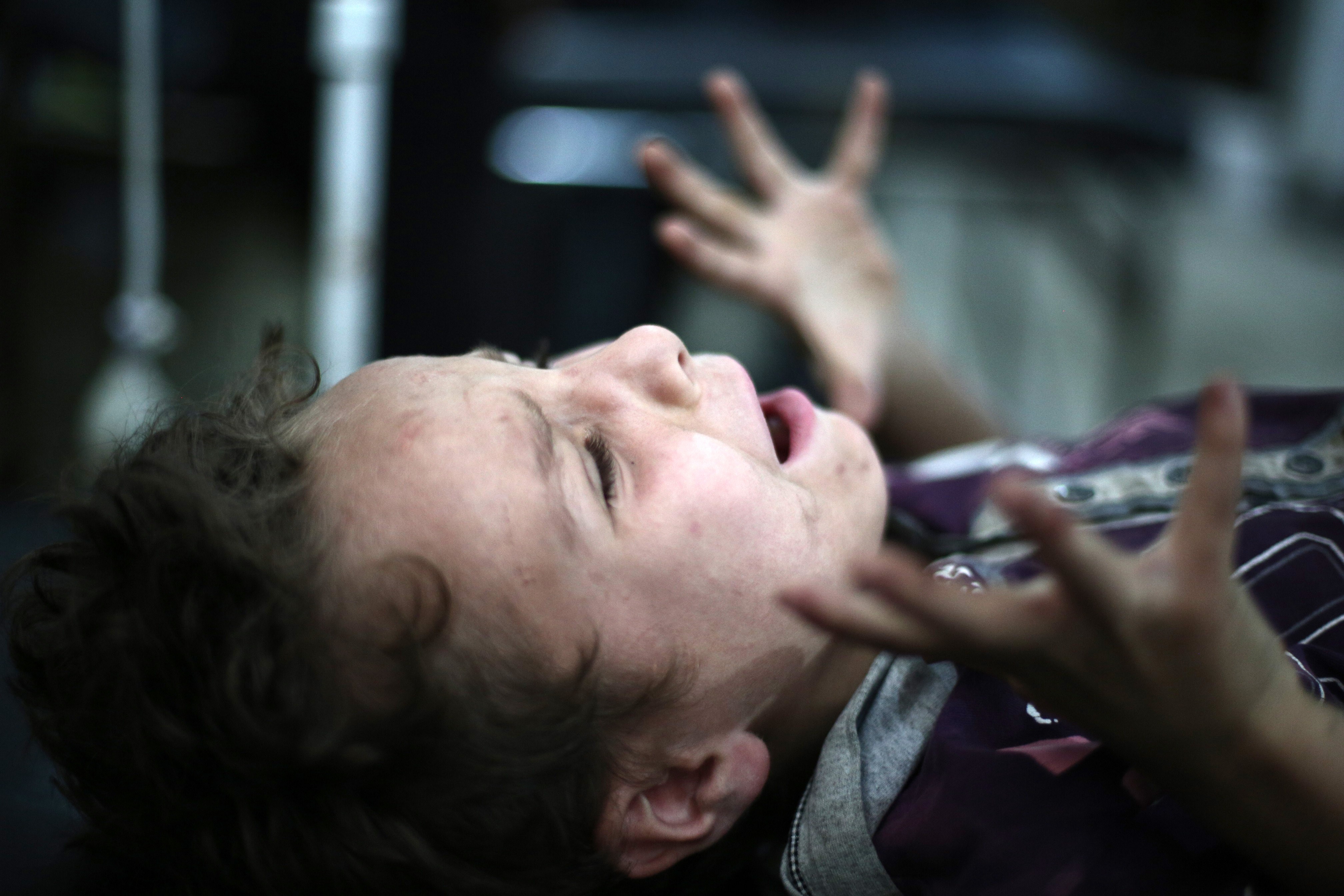 BEIRUT -- The Islamic State of Iraq and Syria (ISIS) marched across eastern Syria near the border with Iraq on Thursday, seizing towns, villages and the country's largest oil field as rival rebel factions gave up the fight, activists said.

The extremist group -- which controls large parts of northern Syria and captured vast swaths of northern and western Iraq last month -- is now in almost full control of a corridor stretching from the Syrian border town of Boukamal to the government-controlled provincial capital of Deir el-Zour to the northwest.

Led by an ambitious Iraqi militant known as Abu Bakr al-Baghdadi, ISIS this week unilaterally declared the establishment of an Islamic state, or caliphate, in the lands it has seized in Syria and Iraq. It proclaimed al-Baghdadi the head of its new self-styled state and demanded that all Muslims pledge allegiance to him.

Former CIA Director Michael Morell told "CBS This Morning" last month that ISIS' first goal has been "to set up that caliphate and, it's not just in Iraq and in Syria."

The new developments effectively expand and consolidate areas held by the group -- which has shorted its name to the Islamic State -- in territory straddling the border between the two conflict-ridden countries.

The majority of significant Syrian rebel groups that have been fighting to overthrow President Bashar Assad have rejected Baghdadi's declaration. The rebel groups, including the al Qaeda-linked Nusra Front, have fought the extremist group since the beginning of the year. Nearly 7,000 people, mostly fighters, have died in the infighting.

However, Nusra Front appears to be losing the war within a war in Syria as fighters allied with powerful tribes in eastern Syria defect to al-Baghdadi's group.

On Thursday, a video posted online by activists showed a man in the town of Sheheil, a Nusra Front stronghold, reading a statement, saying: "We have decided to declare our allegiance to the Islamic State and the Caliph of the Muslims, Abu Bakr al-Baghdadi."

Another video showed what appeared to be fighters in the nearby Ishara village announcing that they were ceasing their fight against the Islamic State of Iraq and the Levant.

"The clans of the city of Ishara, and the villages around it ... and all of the factions in these areas ... announce before God that they will cease fighting with the Islamic State," a man says, reading from a statement as he stands in a courtyard with several other tribal elders. The videos appeared to be genuine and matched AP reporting from the area.

The Deir el-Zour Coordination Committees, a collective of activists in the area, confirmed that militants had entered the town of Mayadeen and Ishara after other rebel fighters withdrew.

Rami Abdurrahman, director of the Britain-based Syrian Observatory for Human Rights, said some Nusra fighters were still clashing with their rivals at the outskirts of Sheheil Thursday, but added that the al-Qaida-linked group appears close to collapse.

The al-Omar field has changed hands several times in the course of Syria's three-year conflict. The Nusra Front and several other Islamic factions captured it from forces loyal to President Bashar Assad in November.

Led by a Syrian known as Abu Muhammed al-Golani, the Nusra Front is al-Qaida's official branch in Syria and was declared a terrorist group by the United States. Its fighters have been one of the most effective forces against Assad's troops, and have carried out suicide bombings targeting government forces in Syria's major cities, including the capital Damascus.

Syria's uprising began in March 2011 as largely peaceful demonstrations against President Bashar Assad's rule. It escalated into an armed revolt after some opposition supporters took up arms to fight a brutal government crackdown on dissent. It then turned into a civil war that has claimed more than 160,000 lives, about a third of them civilians, according to opposition activists. The conflict has displaced nearly a third of Syria's population of 23 million.