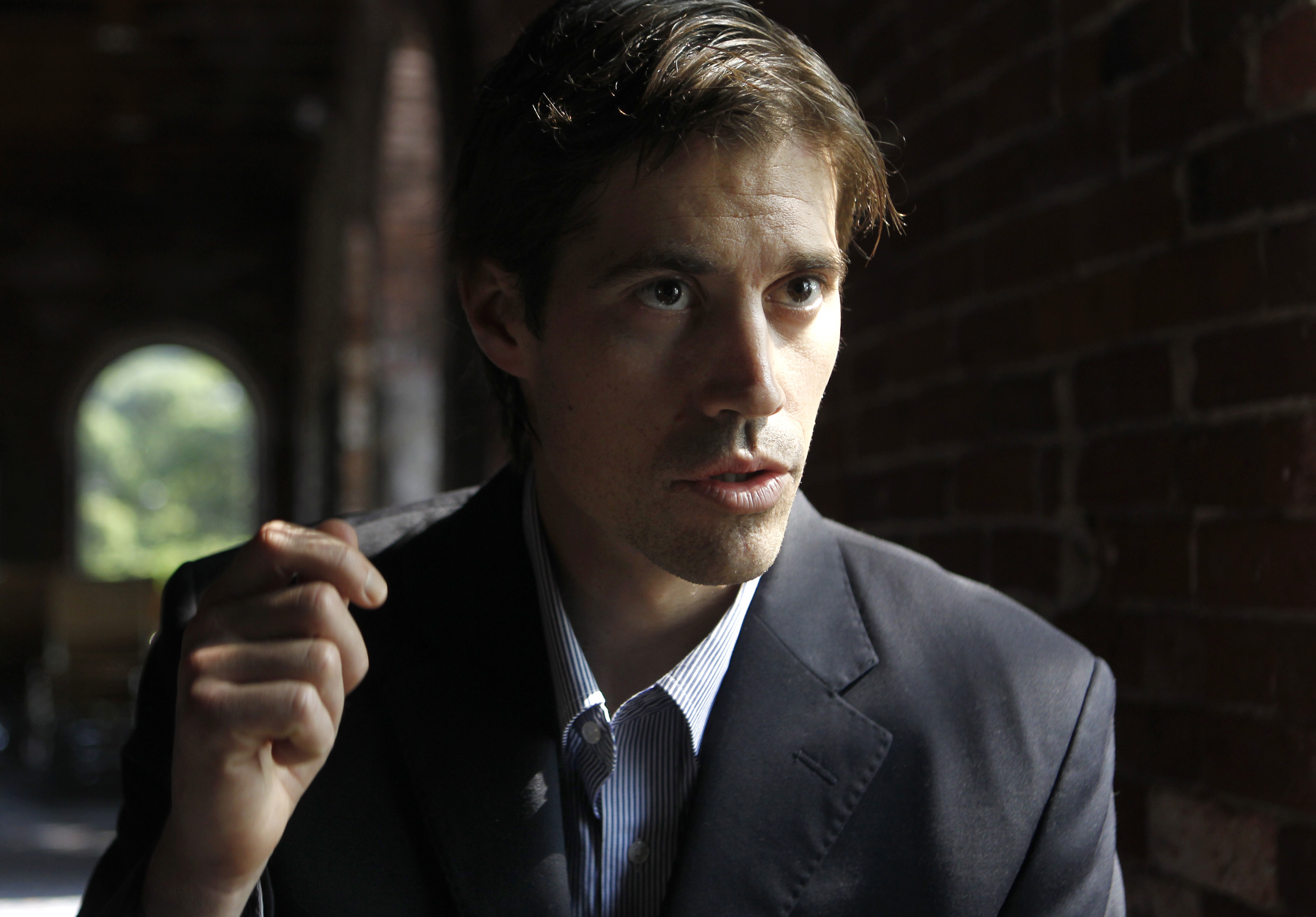 The brother of slain journalist James Foley said that "without a doubt" his brother volunteered to be the first captor executed by his Islamic militant captors.

In an interview with Katie Couric for Yahoo News, Michael Foley, 38, and his sister, Katie Foley, 26, said freed hostages told them their brother was regarded as a leader among his group of captives and Michael Foley said he believes "unfortunately" his brother volunteered to be the first to be executed.

"He's always been that way. He truly cares more about others than himself. I think he was really probably the strongest and most prepared for it," he said. "You can see from the clips from the video that he wasn't afraid."

ISIS, also known as the Islamic State of Iraq and Syria, revealed Foley's death in a video released Tuesday. The extremists said they killed him in retaliation for U.S. airstrikes targeting ISIS positions in northern Iraq.

Foley's siblings, speaking from their parents' home in New Hampshire, said that other journalists who had been released by their captors told them "heartwarming" stories about their brother, saying that he helped his fellow captives stay "mentally and emotionally strong" by creating a makeshift board game and teaching them Spanish.

Michael Foley confirmed that his family had received an email demanding 100 million euros ($132 million) in ransom from his captors. He said his family had also been in touch with the family of Steven Sotloff, who was also threatened with death by ISIS militants, and they thought they had an "intermediary" who could secure Foley's release.

"But once the bombing started, we received the email (from his captors), and at that point we knew there was really no hope," he said.

Michael Foley said the vitriolic email, which the family received from his captors last week threatening his brother's execution, was "chilling."

However, Foley's parents said they regarded the email as a hopeful sign they could negotiate with the militants.

Speaking on NBC's "Today" from Rochester, New Hampshire, John and Diane Foley said they had last heard from the captors via several emails in December. They say they set up a special email address and sent multiple messages to try to engage them.

Michael Foley said he agreed with President Obama's vow not to scale back airstrikes against ISIS despite their threats to kill more captives. But Foley said he was "frustrated" that the U.S. hasn't been doing more to secure the freedom of other Western hostages, whether it be a financial or political concession.

"I really, really hope that Jim's death pushes us to take anther look at our approach to terrorist and hostage negotiation," he said.

Much of the funding for ISIS comes from extortion and "multiple kidnappings for ransom," a counterterrorism source told CBS News.

The kidnappings are primarily from citizens of European countries, including employees of corporations who quietly pay the ransom demands to get their people back, the source told CBS News senior investigative producer Pat Milton. Recently a Scandinavian corporation paid $70,000 for the return of a kidnapped employee, Milton reports.

Michael Foley pointed out that the U.S. policy with regards to negotiating with terrorists stands in sharp contrast to European countries.

David Rohde, an investigative reporter for Reuters who was kidnapped by the Taliban and escaped, wrote in an opinion piece that Foley's execution is "the clearest evidence yet of how vastly different responses to kidnappings by U.S. and European governments save European hostages but can doom the Americans. Hostages and their families realize this fully - even if the public does not."

Michael Foley also said that containing ISIS is "not a strategy" and the U.S. must "recognize that they are a threat and deal with them."