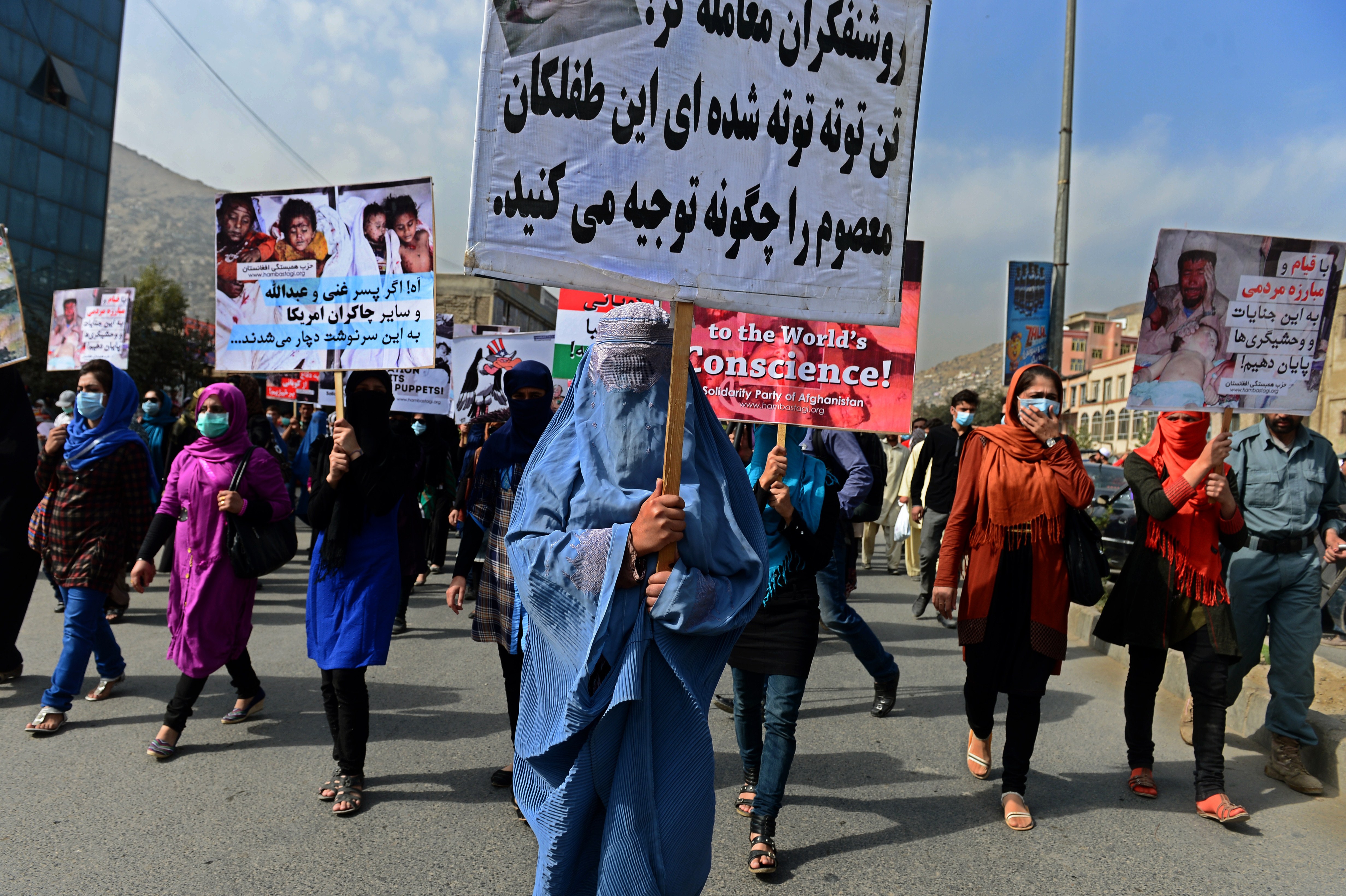 CAMP SHORABAK, Afghanistan -- Afghan officials confirmed for the first time Monday that the extremist Islamic State of Iraq and Syria (ISIS) is active in the south, recruiting fighters, flying black flags and, according to some sources, even battling Taliban militants.

The sources, including an Afghan general and a provincial governor, said a man identified as Mullah Abdul Rauf was actively recruiting fighters for the group, which controls large parts of Syria and Iraq.

Gen. Mahmood Khan, the deputy commander of the army's 215 Corps, said that within the past week residents of a number of districts in the southern Helmand province have said Rauf's representatives are fanning out to recruit people.

"A number of tribal leaders, jihadi commanders and some ulema (religious council members) and other people have contacted me to tell me that Mullah Rauf had contacted them and invited them to join him," Khan said.

But he said the Taliban, which is active across Helmand and controls some districts, have warned people not to contact Rauf.

Rauf was a corps commander during the Taliban's 1996-2001 rule of Afghanistan, according to Amir Mohammad Akundzada, the governor of Nimroz province neighboring Helmand, who said he is related to Rauf but has not seen him for almost 20 years.

Both Khan and Akundzada said Rauf was apprehended after the fall of the Taliban in the U.S.-led invasion of Afghanistan and was detained for years at Guantanamo Bay.

"People are saying that he has raised black flags and even has tried to bring down white Taliban flags in some areas," said Saifullah Sanginwal, a tribal leader in Sangin district. "There are reports that 19 or 20 people have been killed" in fighting between the Taliban and ISIS, he added.

Khan and Akundzada suggested Rauf may have fallen out with the leaders of the Afghan Taliban after spending time in the Pakistani city of Quetta, where Afghan officials and analysts believe senior Taliban leaders are based.

A video released online Saturday purports to show militants from both Afghanistan and Pakistan pledging support to ISIS.

But Akundzada said ISIS was not likely to gain traction with ordinary Afghans. "People who want to fight in Afghanistan just create new names - one day they are wearing white clothes (of the Taliban) and the next day they have black clothes and call themselves Daesh, but they are the same people," he said, using the Arabic acronym for ISIS.

Analysts say most claims of allegiance to ISIS in Afghanistan have been motivated by opportunism and that a new jihadist outfit would find it difficult to establish a presence where there are already long-established militant groups with tribal links. The Taliban have confined their insurgency to Afghanistan, and do not espouse the pan-Islamic model of jihad embraced by ISIS.

Parts of Helmand have seen fierce fighting between the Taliban and Afghan security forces since U.S. troops pulled out more than six months ago.

Miller, a former CBS News correspondent, said the video specifically mentions the United States, Great Britain and France and suggests civilians, police officers, intelligence officials and the military as targets. It is a renewal of a call for attacks ISIS issued in September.

"We see they are using the momentum from the Paris attacks in part of their messaging strategy to see who can we get to follow this," Miller said. He added that New York City police officers have been informed of the threat and reminded to take extra care and be extra vigilant.