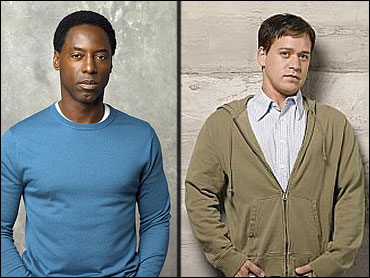 Isaiah Washington, who came under fire after using an anti-gay slur, will appear in a public service announcement on behalf of the Gay & Lesbian Alliance Against Defamation and the Gay, Lesbian & Straight Education Network.

"We're gonna have — I want to say at least two versions of it at this point. We may broaden our message a little," the actor's publicist, Howard Bragman, told The Associated Press in a phone interview.

Washington ran into trouble at the Golden Globe Awards in January after he used an anti-gay slur during a backstage press conference while denying he had used it previously against "Grey's Anatomy" castmate T.R. Knight.

People magazine reported last October that Washington had allegedly used the slur during an on-set dustup with co-star Patrick Dempsey.

Knight said soon after the incident that he was gay.

After being criticized by GLAAD, a gay and lesbian advocacy group, and the ABC network, Washington issued an apology and sought counseling.

Bragman said ABC, which is owned by The Walt Disney Co., was planning to shoot the ad in the next few weeks.

A call to ABC seeking comment was not immediately returned.