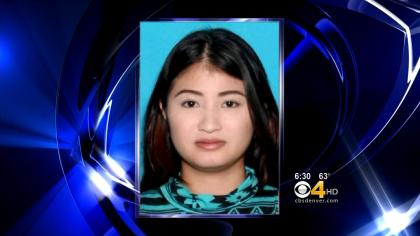 (CBS) AURORA, Colo. - Authorities are searching for an 18-year-old woman described as "armed and dangerous" who is suspected of murder, CBS Denver reports.

Authorities received a call reporting a family dispute that turned deadly around 10:05 p.m. Wednesday. When they arrived, they found a man at the door who said there was a woman upstairs who needed help, the station reports. The unidentified woman was pronounced dead at the home soon afterwards.

A neighbor told CBS Denver this was not the first time police had been called to the home. The neighbor said she had called police in the past over concerns about men jumping over a fence at the home. She said she later learned it had been Guzman's boyfriends.

Joshua Padilla, another neighbor, told the station he knew the murder victim for 10 years. He said he did landscaping work for her and that she was kind and business oriented but that the family mostly kept to themselves.

"It was just kind of quiet. I never really went into the house; my jobs were always outside the house," Joshua Padilla said. "I never really knew she had a daughter until probably a year ago. My heart goes out to her husband and her mother all her other family members I saw outside the place this morning. It's just heart-wrenching."

The Aurora police crime lab reportedly remained at the scene of the crime Thursday afternoon.

Guzman was last seen wearing a white sports bra and blue shorts when she left the home just before 10 p.m. Wednesday. She is described as being 5-foot-6 and weighing 130 pounds. Anyone who has any information on the teen's whereabouts is asked to call 911 immediately.