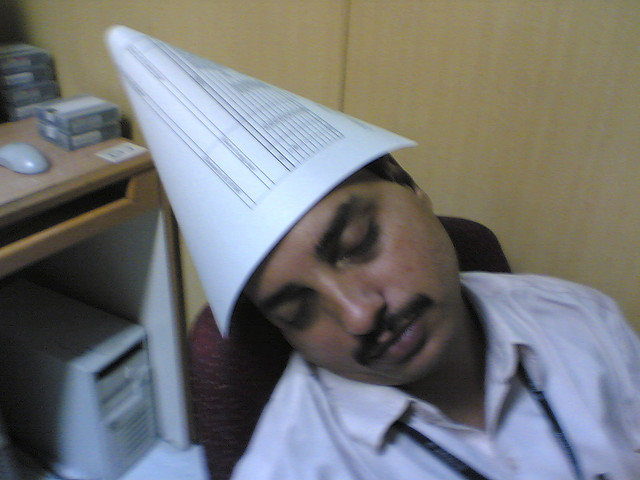 Due to your advice, I landed a great job about a year ago. There is only one problem. I work for a small department, and we have a coworker, Jim, who is a very nice guy with a serious absentee problem. For example, this year to date, he has called in sick 32 times. (We have a shared calendar where we track sick days, vacation, events etc.) In addition to calling in sick, he is habitually late and during winter, he frequently calls in on snowy days and says he can't make it in. (We have another staff member who lives in the same area who has no trouble.) Last week, during a rainy morning, he called to say that he was stuck in traffic so he was going to go back home and wait and try to come in again around 10 or 10:30 (he was due in at 8:30.) This is not the first time he has done this. He has also been caught sleeping in his office multiple times.

He is eligible for the Family and Medical Leave Act (FMLA) because he has irritable bowl syndrome (IBS).  This affects me because Jim is supposed to work the closing shift with me.  When he is gone, I am left alone and have to do all the closing duties.  Our current manager says that nothing can be done because of FMLA.  We're in the process of hiring a new director.

First, does this seem like a legitimate FMLA situation? Second, when the new director gets hired, should we say something to him/ her about this situation or just let them see if for themselves? We don't want to come off as complainers but this is bothering us all. With such a small staff, anytime one of us has to take a vacation or sick day, it's always in the back of our minds, "What if Jim calls in, too?"

First question, yes IBS sounds like it could legitimately fall under FMLA.  But neither you nor I get to make that decision: Jim's doctor does.  And since Jim's doctor has signed off on this, we must assume it's legitimate.  You do not want to work for an organization where managers and HR second guess people with actual medical degrees.

Secondly, most people know FMLA because when they have babies they get 12 weeks leave.  Or when they break their legs playing football and need surgery, they get time off.  But, those times are taken in chunks.  FMLA can also be taken intermittently, as in a day here, and a day there, up to 12 weeks worth (60 days) in a calendar year.  So, since it's November and Jim is at 32 days, he's well under what he could legally take, presuming (of course) that his days off are legitimate.  (It's called intermittent FMLA.)

So, I understand why your manager said that nothing can be done.  She's wrong, of course, because FMLA protects your job while you're out for medical reasons (or to take care of a close family member).  It doesn't protect your job when you're a lazy slacker, which (we'll assume for purposes of this article) Jim is.  It does make managers and HR types freak out because you can get in big trouble for retaliating against someone for using FMLA.

But, all of this is absolutely irrelevant to your life.  See, it's a manager's job to manage (that's why they make more money), and as much as you think that Jim is the problem, it's actually the manager that is the problem.  I know that if he's not there, you close by yourself.  If this is a big problem, then you address it with your boss.  Like this:

You:  When Jim's out sick, I have to close by myself.  That isn't working so well because of a, b and c.  What do you suggest?

Because it's the manager's job to solve this problem.  Now, since you're an outstanding employee, you can come up with a solution on your own.  "On days Jim isn't here, can Carrie, Steve and Horatio rotate through staying until closing?"

You don't need to bring up Jim's behavior to the new director.  She'll figure it out in about 5 minutes.  If she's any good, she'll put a stop to the nonsense.  But, if she's lousy, then you're back to where you were.

But, this is the director's problem to solve.  Your problem is to do your job.  If his behavior impacts your ability to do your job, then you approach it from a "how do I solve my problem" standpoint, not "Jim is a lazy, lying, loser!"

And, you could also try to develop a relationship with Jim.  People tend to be nicer to their friends than they are to other people.  If he likes you and considers you a friend, he may be more willing to show up to work so you're not stuck holding the bag.

And there is one more possibility:  Jim's illness is really the cause of all this.  Falling asleep at work?  Perhaps it's a side effect of a medication.  Not coming in when there is bad traffic?  If you had a disease that caused urgent toileting issues, would you want to be stuck in stop and go traffic?  Same goes for weather issues.  Always seems to be sick on Fridays?  Maybe it's actually when he's scheduled a treatment or doctor's appointment because that works for him, or that's when his wife can take him.  (You see this a lot with people on chemotherapy, for instance.  They know the treatment will wipe them out for a few days, so they schedule on Friday so as to miss as little work a possible.)

If you start to treat Jim as a friend as well, you might understand a little bit more of where he's coming from.  And he might be more considerate of you.  But leave the absentee issues to the boss.  I promise.  She'll figure it out without anyone saying anything.

My coworkers are abusing the system

Does my employee have a medical problem or a performance problem?

Can I ask an employee why he is going to the doctor?