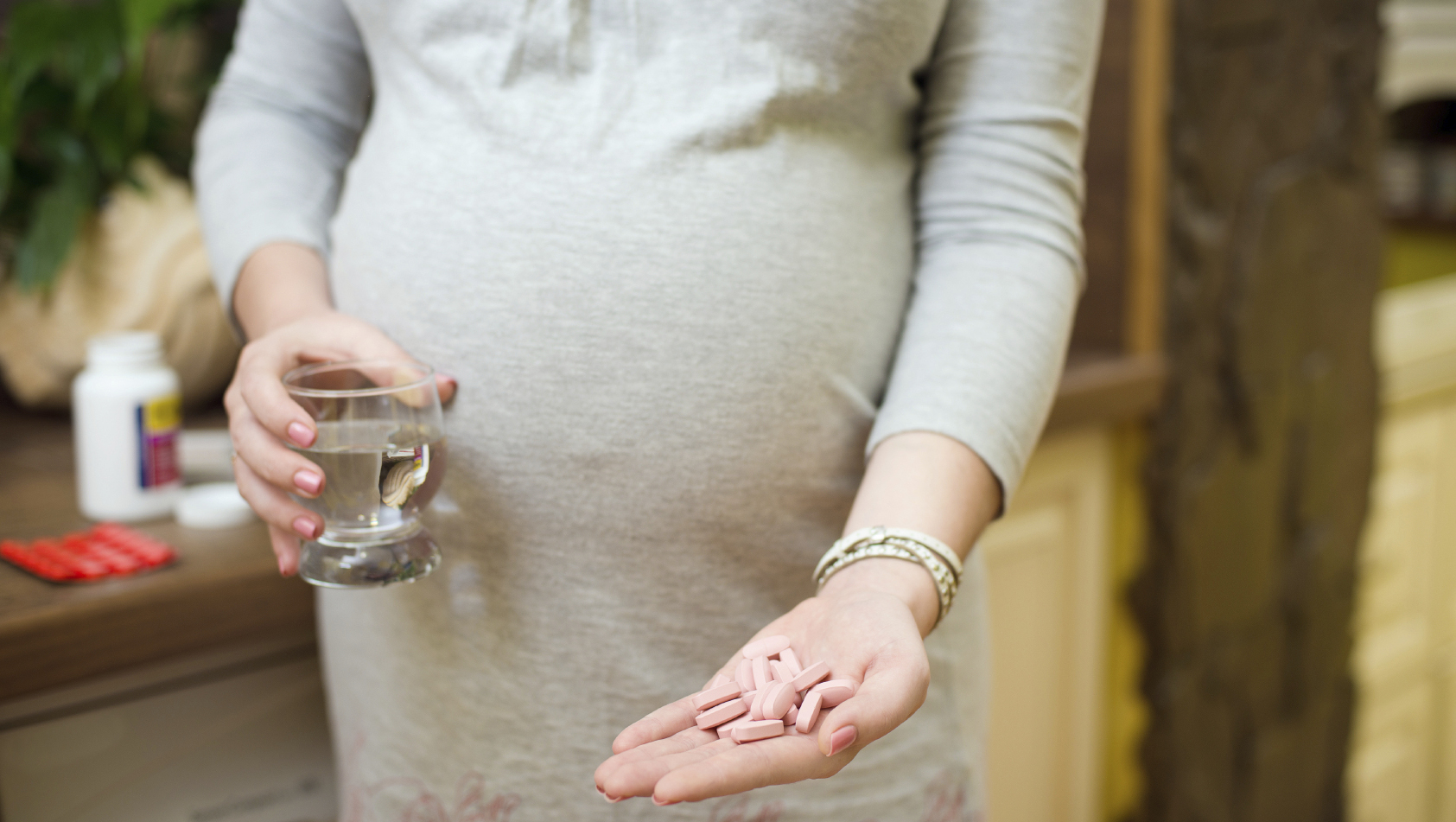 The use of antidepressants during the second or third trimester of pregnancy may increase the risk that the child will go on to develop autism, according to new research.

However, experts caution that the overall risk is still low and women should not stop taking their medication without first talking to a doctor.

The study, published in JAMA Pediatrics, found that the risk of autism was greatest if the mother took selective serotonin reuptake inhibitors, often known by its acronym SSRIs. About 13 percent of American women take antidepressants during pregnancy.

"This is the group most used in the population in general and also during pregnancy. We're talking about Paxil, Prozac, Zoloft, Celexa, the most used antidepressants," one of the study authors, Anick Bérard, PhD, a professor at the University of Montreal's Faculty of Pharmacy and a researcher at the CHU Sainte-Justine Research Center, who specializes in the field of pharmaceutical safety during pregnancy, told CBS News.

The risk was also greater for women who took more than one type of antidepressants during pregnancy.

But while experts say the study is important and adds to the growing body of evidence that environmental factors, including prenatal factors, affect the chance of an autism diagnosis, untreated depression can also have dire consequences for both mother and baby. The risks and benefits of antidepressant use during pregnancy need to be considered carefully and discussed with a health care provider.

The researchers analyzed data on over 145,000 children from the time of their conception up to the age of 10, including information on mothers' use of antidepressants and the child's eventual diagnosis of autism. In all, 1,054 children were diagnosed with autism, on average at 4.5 years of age.

After comparing those exposed to antidepressants in utero during the second or third trimester to those who weren't, the researchers found an 87 percent increased risk of autism. While that number may sound alarming, experts point out that it's important to keep the numbers in perspective, as the actual risk of a child developing autism is still low.

"We have to keep in mind that this is a relative risk. The prevalence of autism in the population is 1 percent," Bérard said. "So that means an 87 percent increase in risk makes it go from 1 percent to about 1.87 percent."

The study found no impact from antidepressant use during the first trimester.

Autism -- which is characterized by difficulties in social interaction, verbal and nonverbal communication, and repetitive behaviors, in varying degrees -- is a complex disorder and little is known about the cause. However, it is generally accepted that it results from a mix of both genetic and environmental factors.

"This fits in with a lot of other research that shows that prenatal factors can definitely be related to autism," said Dr. Paul Wang, Senior Vice President of Medical Research for the advocacy group Autism Speaks. "Whether that's maternal nutrition, maternal infection, air pollution that mothers get exposed to, or medications. We do believe that these are some of the environmental factors that need to be thoroughly understood."

Previous studies that looked at the link between antidepressant use during pregnancy and autism risk yielded conflicting results.

And experts point out that although the researchers took into account known risk factors for autism, including a family history of the disorder, maternal age, socioeconomic factors such as living in poverty, and maternal history of depression, it it nearly impossible to know if it's the antidepressants that increase the risk, or if it's the depression itself.

"Research shows that some of the genes that seem to carry the risk for depression are shared as risk factors for autism. So we can't know whether it's the drug exposure that carries the risk or the depression itself," Dr. Bryan King, director of Seattle Children's Autism Center and professor of psychiatry and behavioral sciences at the University of Washington, told CBS News. "So, overall here we're looking at a small incremental increase in risk if indeed one can even attribute it to the antidepressant exposure." King wrote an editorial published alongside the study which highlights the complexity of the issue.

The safety of taking antidepressants during pregnancy has long been a question of great importance for women and their doctors. Some research has linked antidepressant use during pregnancy to a small risk of birth defects and other health conditions like pulmonary hypertension, but again other studies have refuted these findings.

On the other hand, leaving maternal depression untreated may lead to a host of negative effects for the child, including low birth weight, premature birth, and developmental problems.

"Untreated depression can be debilitating for mothers, with negative consequences not only for their own health, but also the health of their unborn children and families at home," said Dr. Nicole Smith, of the department of Obstetrics and Gynecology, at Brigham and Women's Hospital and assistant professor of Obstetrics and Gynecology at Harvard Medical School. "For some women, discontinuing medication during pregnancy can also increase the risk of postpartum depression, which can have long-term consequences for both mothers and babies."

And more alarming, as King points out, "untreated depression during pregnancy can make the mother more likely to turn to alcohol or drugs and increases the risk of suicide."

"It makes no more sense to suggest that [antidepressants] should always be avoided than to say that they should never be stopped," King wrote in the editorial. "As this literature develops and our list of potential risk factors expands, it is also likely that its complexity will move us even farther from being able to make categorical statements about something being all good or all bad."

Dr. Alan Manevitz, a clinical psychiatrist at Lenox Hill Hospital in New York, says he will continue to prescribe anti-depressants to pregnant women who need them. "Over the years I've worked with many obstetricians and we have to decide for each individual person what the risk/benefit ratio is," he told CBS News.

Understandably, all this information may leave many pregnant women conflicted about how to make the best decision for their own and their baby's health when it comes to treating their depression.

Smith, who counsels patients on such matters, said that many women with mild to moderate depression do well with psychotherapy alone and may not need medication. But for women with severe or recurrent depression, the benefits of staying on antidepressants outweigh the potential risks.

"I recommend that women have a thoughtful discussion with their physicians weighing potential risks of medication exposure against the risks of depression to themselves, their babies, and their families," she said. "We can truly only have healthy children when mothers' health is an equal priority."