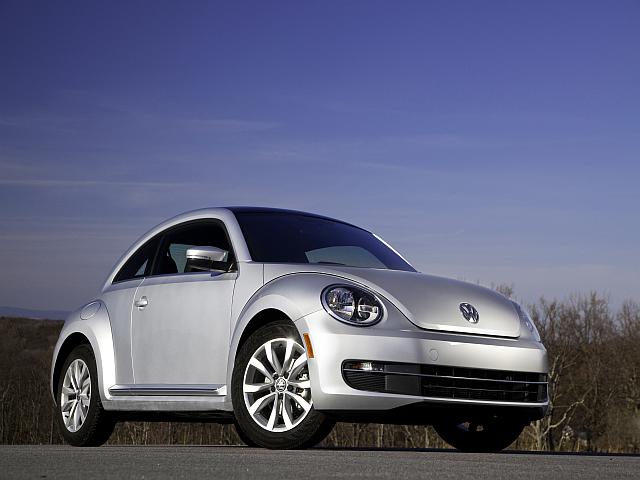 Volkswagen's introduction of its new diesel Beetle was one of the main events at this week's Chicago auto show. With gasoline prices headed north again, the question arises for budget-minded car shoppers: Are the Beetle TDI -- available this summmer -- and other diesel cars worth their extra cost?

Some Volkswagen loyalists clearly think so. About 20 percent of VW buyers pay the average $1,500 extra compared with gasoline models to get the diesel-engine Golf, Jetta and Passat. But the high price of diesel fuel and the recent dramatic gains in gas mileage for some gasoline models mean that you should consider your driving patterns and personal finances carefully before choosing a diesel.

-- You do mostly highway driving. Volkswagen estimates that the diesel Beetle will be rated at 29 mpg in city driving and 39 on the highway, compared with 22 city, 30 highway for a 2.0 Turbo gasoline Beetle. The Golf TDI is rated at 42 mpg on the highway.

-- You care about low-end acceleration. For many of us who love to drive, this is not a small concern. A diesel model will give you faster, more effortless getaway acceleration compared with high-mileage gasoline competitors.

-- You may be towing a boat or trailer. That same low-end torque makes diesel better for towing. For that reason, most pickups, including Ford and Chevrolet, offer diesel options.

If, however, you don't recognize yourself in those descriptions or just are determined to make the best financial deal, consider these negatives.

-- Diesel fuel costs more. Diesel fuel this week averaged $3.91 per gallon nationally compared with $3.50 for regular gas and $3.75 for premium, according to the AAA fuel gauge. And diesel is not available at all filling stations, although almost any station near an interstate will be pumping it.

-- Less-expensive gasoline cars get high mileage. All models of the Hyundai Elantra and special versions of the Chevrolet Cruze and Ford Fiesta and Focus are rated at 40 mpg in highway driving. The most expensive Elantra has a list price of $20,500, and Cruze and Focus have versions in that range also. VW has not yet announced Beetle diesel pricing, but if it's the typical $1,500 over the turbo model, it will probably cost about $24,900.

-- Hybrids get much higher city mileage. The Toyota Prius is rated at 51 mpg in city driving (48 highway). If your driving is mostly city and suburban, that is 21 mpg better in city motoring than the Beetle diesel. The low-end Prius starts at $23,000, although the most fully loaded version can rack up a nearly $40,000 price tag.

Like all Beetles, the TDI diesel version will be a stylish, fun car. Just do an honest assessment of whether you might be a diesel driver and how the finances sort out.