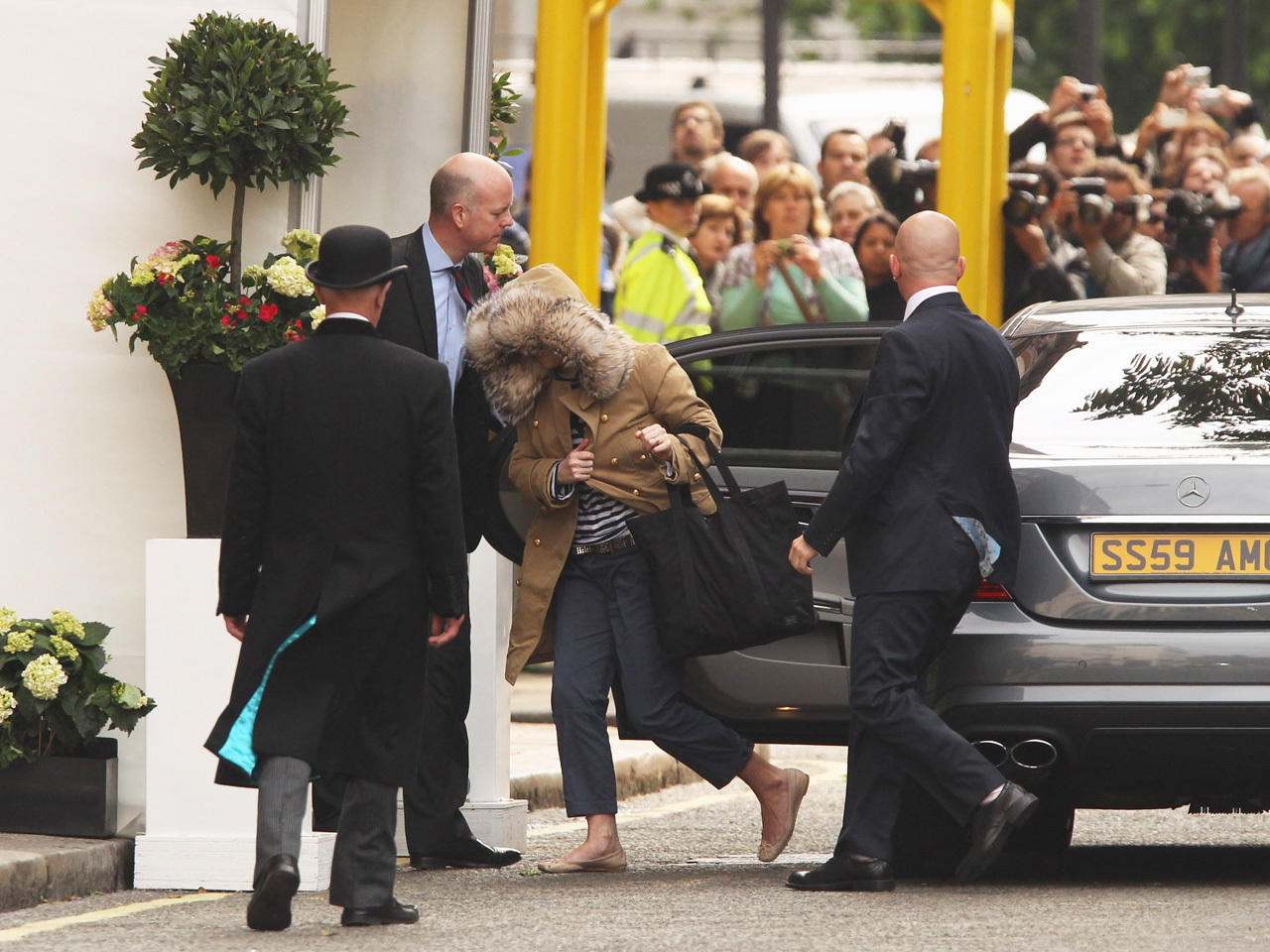 (CBS) - Sarah Burton, the creative director of Alexander McQueen, may be the person designing Kate Middleton's wedding dress after all.

A mystery woman resembling Burton, who is considered the strongest contender of winning the royal assignment, was spotted Thursday rushing into London's Goring Hotel, which is where Middleton and her family are staying ahead of the royal wedding.

While the woman's face and hair were concealed under a thick fur hood, it was her accessories that may have given the secret up.

The Telegraph's Hilary Alexander points out that the woman's distinctive studded belt, ballet flats and cropped pants are very in tune with Burton's personal style. The belt alone is nearly identical to the one Burton, 36, wore at the finale of her Spring/Summer 2011 fashion show last October.

Burton or not.  The identify of Middleton's dress designer will finally be revealed in just a few hours. Be sure to check back with us here for all the details.