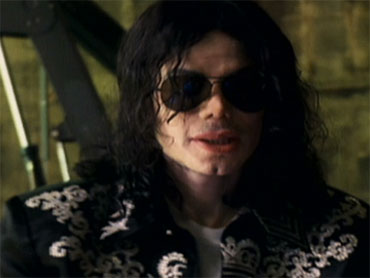 After Michael Jackson died, sales of his music surged. In fact, nine of Billboard's top 10 spots were held by one of the King of Pop's classic albums in the weeks that followed his death.

Now, the first posthumous record of never-released Michael Jackson songs is about to hit sotre shelves.

The album, simply titled "Michael," features a compilation of ten tracks Jackson left behind in various stages of completion.

This is the first new music from Jackson since 2001.

Bill Werde, editorial director of Billboard magazine, told CBS News, "The last time we heard new music from Michael Jackson was 'Invincible,' which was a decade ago."

Singer Akon said of Jackson, "He was a real workoholic. He wasn't the type that would just settle for anything. Be assured that this is the best he had to offer."

Akon's duet, "Hold My Hand" is the album's first track and first video.

But, CBS News correspondent Michelle Miller reports, much like his life, Jackson's posthumous album is not without controversy.

Is it really Michael?

Three of the album's 10 songs were co-written by a little, if not, completely unknown artist named Eddie Cascio.

Cascio told "The Oprah Winfrey Show" last week, "I was there pushing buttons and he was there directing."

But fans, and even some members of the Jackson family, aren't buying it, and have suggested the voice on the Cascio-produced song "Breaking News" is not Michael at all.

La Toya Jackson, Michael's sister, told TMZ, "I listened to it. It doesn't sound like him."

Teddy Riley, a music producer, said, "I respect the (Jackson) family. But at the end of the day, I am 100 percent sure it is Michael Joseph Jackson."

Werde said, "Jackson was a prolific recorder. He was constantly working on songs in studios all around the world."

Riley said, "I think you can get four, five or six more if it's done right."

But for the loyal team who've worked with Jackson through the years, revealing his never-before-heard music means so much more.

So is the new album worth the hype?

On "The Early Show," J. Randy Taraborrelli, author of "Michael Jackson -- The Magic, The Madness, The Whole Story," said he's heard the new album with Jackson's estate's permission, and said it's "great."

"It shows you Michael's versatility," Taraborrelli said. "It shows his range in pop, R&B, hip hop and even a little bit of country. I was thinking nobody really has that kind of versatility today -- an artist that can to do it all like Michael Jackson."

Would the album live up to Jackson's standards?

Taraborrelli said, "I really do. I think that, of course, you know, what's interesting about it is a lot of it is a work in progress, a couple of the vocals are demo vocals and seeing Michael and hear Michael in a way we have not before heard him. But in the end, these are some great productions. I mean, these are -- sort of like a greatest hits album without the great hits because we haven't heard the songs before, but they have the potential to be great hits."

"Early Show" co-anchor Harry Smith played a bit of the new album and said, "People, since just the little tiny snippets of this released, said 'That is not him.'"

Taraborrelli said, "The estate did the due diligence in this regard. They talked to many people that worked with Michael Jackson over the years, artists, producers, arrangers and they played the songs for forensic musicologists. I know you are like, 'What is that?' These guys actually analyze the sound. They came back with the same conclusion, undoubtedly that's Michael Jackson. I think everybody did what they were supposed to do. The family had the concerns and raised them and the estate did what it should have done and clear it up."

But how much music is still left?

Taraborrelli said, "They have 60 incomplete songs, but only about 20 left with vocals that they feel, that the estate feels are worthwhile. … (The estate's) not releasing everything, but the things they believe Michael would want to be released -- 17 to 20 more songs. "