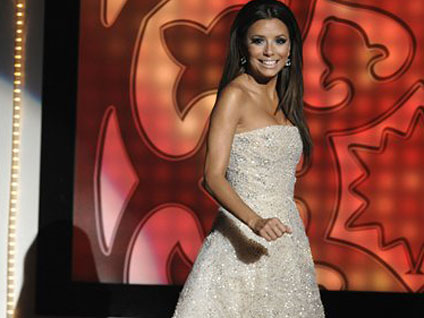 When it comes to sleep, can you have too much of a good thing? It's true a good night's sleep is essential for health. But oversleeping has been linked to a host of medical problems, including diabetes, heart disease, and increased risk of death.

Researchers are careful to note, however, that two other factors - depression and low socioeconomic status - are strongly associated with oversleeping. Those two factors may be the reason for the observed negative health effects. For example, people of lower socioeconomic status may have less access to health care and therefore more undiagnosed illnesses, such as heart disease, which, in turn, may cause oversleeping.

Oversleeping: How Much Sleep Is Too Much?

The amount of sleep you need varies significantly over the course of your lifetime. It depends on your age and activity level as well as your general health and lifestyle habits. For instance, during periods of stress or illness, you may feel an increased need for sleep. But although sleep needs differ over time and from person to person, experts typically recommend that adults should sleep between seven and nine hours each night.

Why Do People Sleep Too Much?

For people who suffer from hypersomnia, oversleeping is actually a medical disorder. The condition causes people to suffer from extreme sleepiness throughout the day, which is not usually relieved by napping. It also causes them to sleep for unusually long periods of time at night. Many people with hypersomnia experience symptoms of anxiety , low energy, and memory problems as a result of their almost constant need for sleep.

Obstructive sleep apnea, a disorder that causes people to stop breathing momentarily during sleep, can also lead to an increased need for sleep. That's because it disrupts the normal sleep cycle.

Of course, not everyone who oversleeps has a sleep disorder. Other possible causes of oversleeping include the use of certain substances, such as alcohol and some prescription medications. Other medical conditions, including depression, can cause people to oversleep. And then there are people who simply enjoy sleeping for long periods of time.

Diabetes: In a study of almost 9,000 Americans, researchers found a relationship between sleep and the risk of diabetes. People who slept more than nine hours each night had a 50% greater risk of diabetes than people who slept seven hours per night. This increased risk was also seen in people who slept less than five hours per night. The researchers did not draw conclusions about the physiological link between long sleep and diabetes. But they did suggest that oversleeping could be indicative of underlying medical problems that increase the likelihood of diabetes.

Obesity: Sleeping too much could make you weigh too much, as well. One recent study showed that people who slept for nine or 10 hours every night were 21% more likely to become obese over a six-year period than were people who slept between seven and eight hours. This association between sleep and obesity remained the same even when food intake and exercise were taken into account.

Headaches: For some people prone to headaches, sleeping longer than usual on a weekend or vacation can cause head pain. Researchers believe this is due to the effect oversleeping has on certain neurotransmitters in the brain, including serotonin. People who sleep too much during the day and disrupt their nighttime sleep may also find themselves suffering from headaches in the morning.

Back pain: There was a time when doctors told people suffering from back pain to head straight to bed. But those days are long gone. You do need to curtail your regular exercise program when you are experiencing back pain. But doctors now realize the health benefits of maintaining a certain level of activity. And they recommend against sleeping more than usual, when possible.

Depression: Although insomnia is more commonly linked to depression than oversleeping, roughly 15% of people with depression sleep too much. This may in turn make their depression worse. Tha's because regular sleep habits are important to the recovery process. Need another reason not to overdo the ZZZs when you're blue? In certain instances, sleep deprivation can be an effective treatment for depression.

Heart disease: The Nurses' Health Study involved nearly 72,000 women. A careful analysis of the data from that study showed that women who slept nine to 11 hours per night were 38% more likely to have coronary heart disease than women who slept eight hours. Researchers have not yet identified a reason for the connection between oversleeping and heart disease.

Death: Multiple studies have found that people who sleep nine or more hours a night have significantly higher death rates than people sleeping seven to eight hours a night. No specific reason for this correlation has been determined. But researchers found that depression and low socioeconomic status are also associated with longer sleep. They speculate these factors could be related to the observed increase in mortality for people who sleep too much.

Get the Benefits of Sleep Without Oversleeping

If you average more than seven or eight hours of sleep per night, see a doctor for a checkup. The doctor can help you determine why you oversleep.

Regardless of the cause of your oversleeping, practicing good sleep hygiene will help you reap the benefits of a healthy seven to eight hours of sleep each night. Experts recommend keeping the same bedtimes and wake times every day. They also recommend avoiding caffeine and alcohol close to bedtime. Exercising regularly and making your bedroom a comfortable environment that's conducive to sleep will help you get the amount of sleep you need.
By Hilary Parker
Reviewed by Matthew Hoffman
©2005-2008 WebMD, LLC. All rights reserved