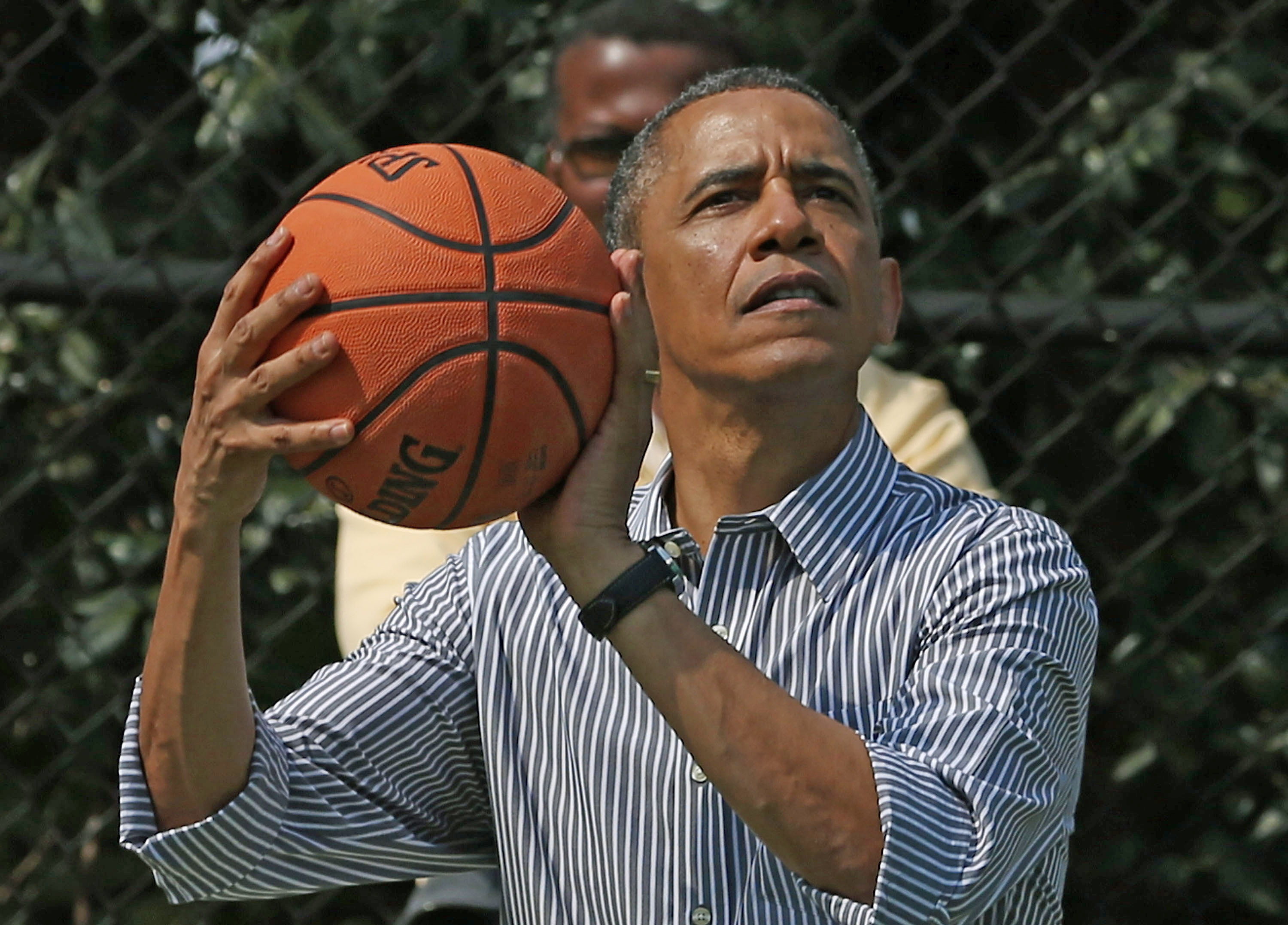 President Barack Obama rarely takes a day off from the gym and it shows, according to his latest physical exam.

The president is in excellent health and is getting into even better shape, lowering his cholesterol level and gaining muscle since his last exam, his personal physician reported Tuesday.

Obama, 54, weighed in at 175 pounds, about five pounds less than from his last assessment in 2014. The 6-foot-1 Obama is focusing on healthy lifestyle choices and exercises daily with a focus on aerobics fitness and resistance weight training, said Dr. Ronny L. Jackson.

"All clinical data indicates that the president is very healthy and that he will remain so for the duration of his presidency," Jackson wrote in a memorandum that was distributed to reporters.

Jackson said Obama takes vitamin D and Nexium, as needed, for occasional acid reflux, and he occasionally uses nicotine gum. He said Obama "remains tobacco-free and only drinks alcohol occasionally and in moderation." He said the president also eats a healthy diet, which first lady Michelle Obama has prioritized in her Let's Move! initiative to reduce childhood obesity.

His total cholesterol has dropped from 213 to 188.

The president's LDL, or "bad," cholesterol is at 125. The recommendation is to stay below 130. His HDL, or "good" cholesterol level, is 68, which is above the recommended 60.

Other details from the exam show that Obama has a body mass index of 22.8, which is considered normal, and that he has a resting heart rate of 56 beats per minute. His blood pressure was 110/68, with both numbers falling under the normal category.