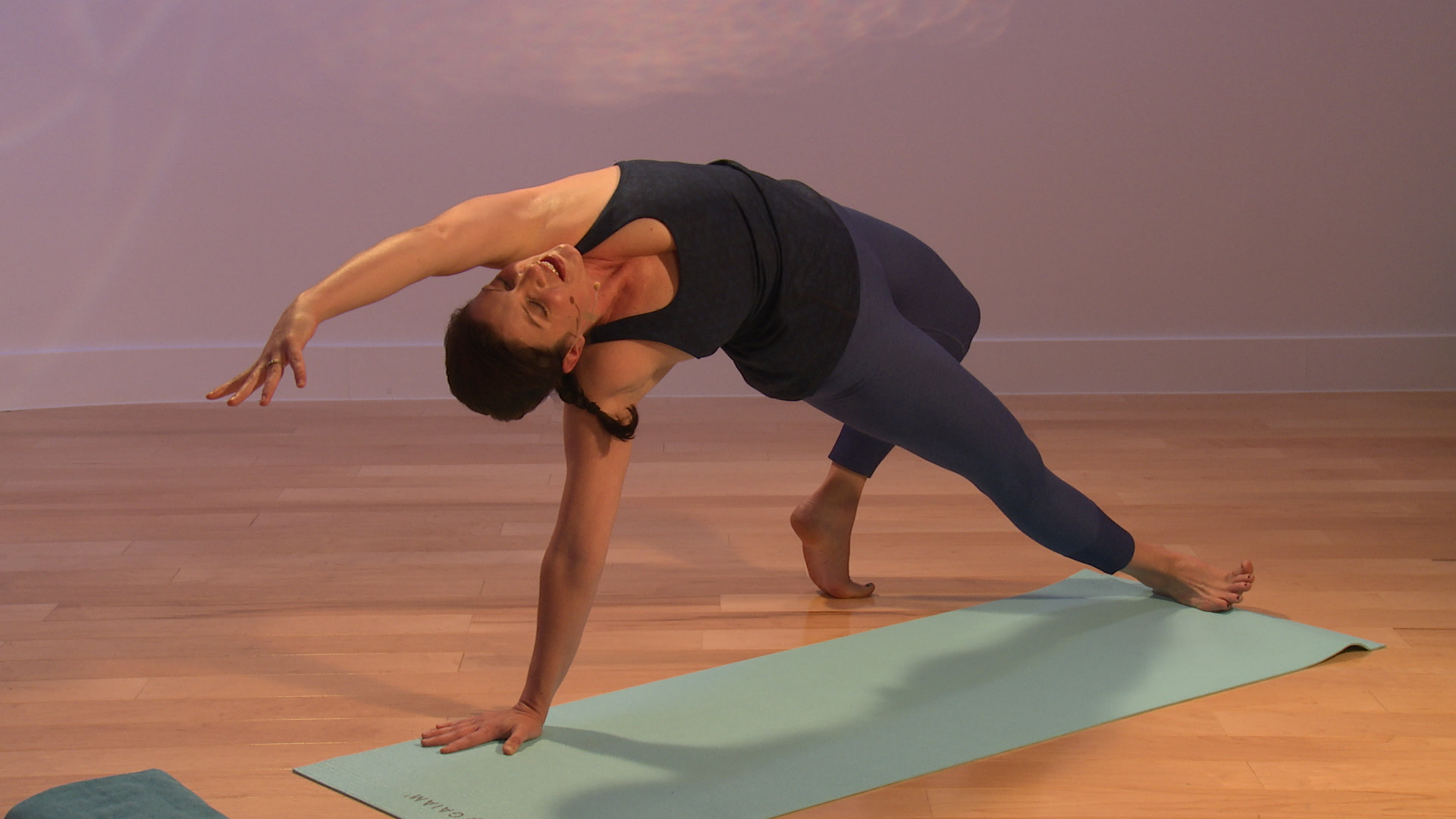 There's a new way to work out, while staying in; streaming fitness classes give customers online training for a fraction of the price of gyms or boutique sessions, reports CBS News correspondent Vinita Nair.

When Tracy Anderson trains her clients, she makes them sweat. Her studios are kept at 86 degrees.

Her philosophy is lighter weights, more reps and unconventional movements.

"Part of my entire mission statement is to create balance where there's imbalance in people's bodies," Anderson said.

While her roster of elite clients earned her the title of celebrity trainer, it's the cost of her classes, about $900 a month that gave her a reputation -- some saying she's inaccessible.

"I've taken that beating 1,000 times over," she said. "One thing I wish people would take note of is that as long as I have had expensive gyms, I've had DVDs that are under $20 dollars."

After 160 DVDs, Anderson has become even more accessible, catering to those who don't want to leave the house. Since December, anyone with an internet connection can stream one of her classes for $90 dollars a month.

She said streaming workouts are one of the fastest growing trends in the fitness industry.

"There are apps you can download that you can select whatever workout routine you want from just about any trainer in the world," she said.

Of the 54 million Americans who belong to a gym, less than half use their membership consistently, compared to digital workouts where fitness app downloads have increased 87 percent faster than other apps overall. Video streaming increased by 60 percent last year alone.

It's why fitness chains like Crunch are also going online and why women like Jennifer Rapp started supplementing her gym membership with at-home workouts.

"I don't ever really do classes. I kind of find the times pretty restrictive. So, this is just an easy way for me to get in those weightlifting and other types of classes, yoga, which I love, just on my own schedule," Rapp said.

While some sites, like Mary Helen Bowers's Ballet Beautiful, FitFusion.com and Booya Fitness charge a monthly fee, others like BeFit and MoveMeFit are streaming classes for free.

Tracy Anderson said streaming is just the next step in her overall goal.

"Anything that gets people moving and gets people, you know, at least working out is a positive thing," she said.

What to know before filing your tax return
Thanks for reading CBS NEWS.
Create your free account or log in
for more features.
View CBS News In
CBS News App Open
Chrome Safari Continue
Be the first to know
Get browser notifications for breaking news, live events, and exclusive reporting.