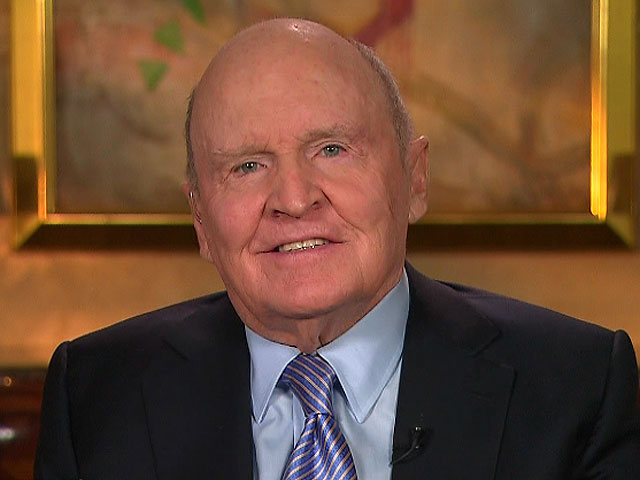 When Jack Welch was the CEO GE, he earned the moniker "Neutron Jack" (the nuclear bomb that maximized damage to humans, while leaving buildings standing) for the 100,000 job cuts that he engineered during his tenure. The tough guy boss who claims to "shoot straight from the gut" may have a thinner skin than most would imagine.

Following the September jobs report Friday, Welch suggested via Twitter that the Labor Department data had been manipulated by Obama administration officials (who he called "Chicago guys"). Within minutes of the Tweet, pretty much every reputable economist blasted Welch and called his accusation nonsense. Leading the charge in the Welch criticism was none other than Fortune (and its sister organization CNNMoney), the magazine to which Welch had been a contributor.

In response to the harsh treatment received by his very own publication, Welch announced that he will no longer contribute to Fortune, saying he would get better "traction" elsewhere...like a place that doesn't call him out for spinning his conspiracy theories.

Whether you admired Jack Welch for turning around a moribund industrial giant or you are in the camp of The Big Picture's Barry Ritholtz, who believes that Welch was one of the "luckier, more wildly over-compensated CEOs around" who partook in some good old fashioned cooking of books himself according to the SEC, (how did such a big company come within pennies of earnings estimates quarter after quarter?), the Twitter episode suggests recklessness on the part of a respected business figure.

At a time when the public's trust in government is at an all-time low, conspiracy theories that call into question the work of lifelong civil servants further undermines trust. After the heat was turned up, an alternative path for Welch would have been to write an article that owned up to his mistake and acknowledged that sometimes when you shoot straight from the gut, you bypass the all-important brain. He didn't choose that path.