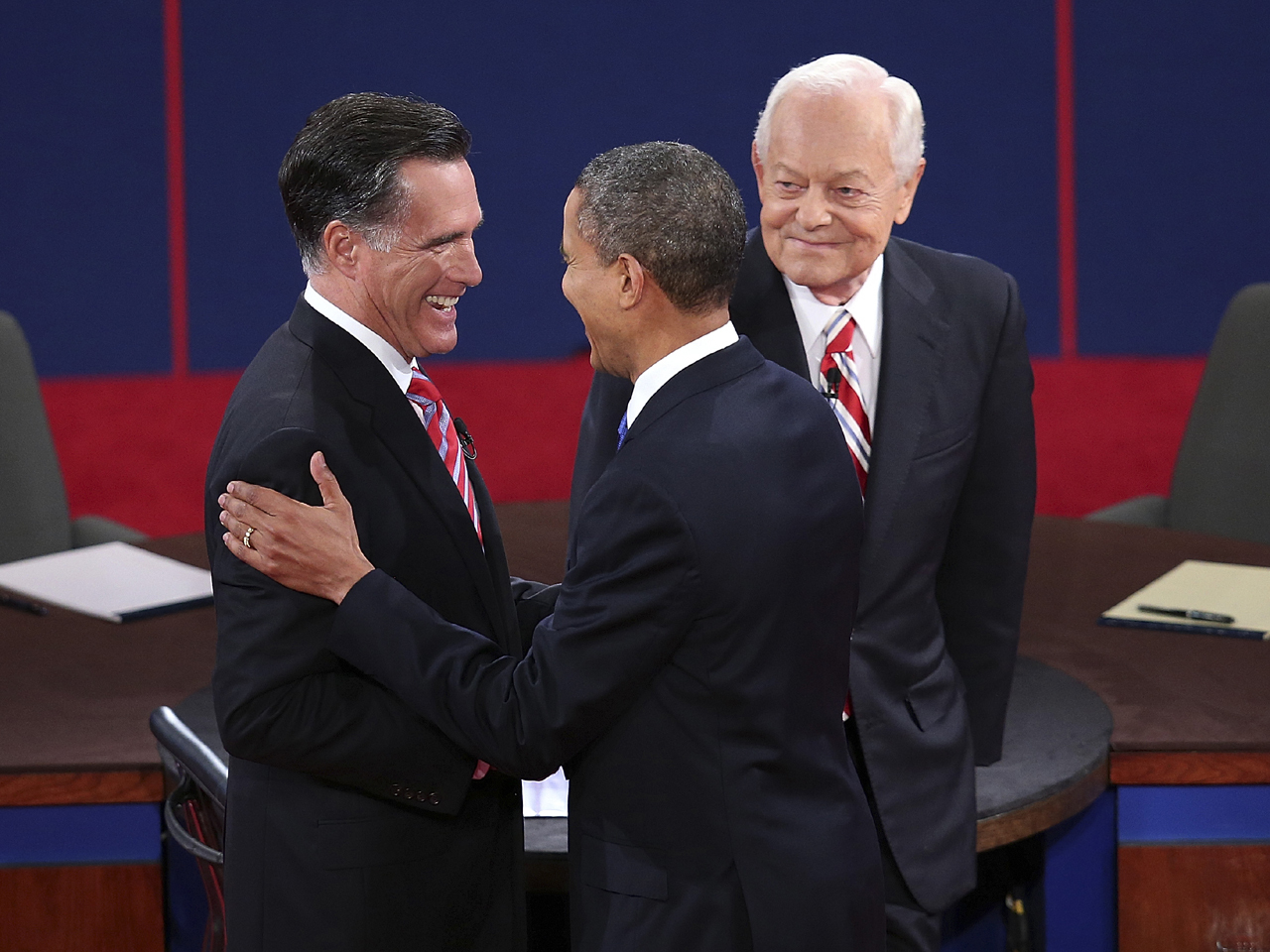 It's no secret that most Americans are growing increasingly skeptical about national politics. Poll after poll shows that people are distrustful of government institutions and have dim views of the two major political parties.

It doesn't help, some Washington insiders are now saying, that the rules governing the presidential debates in the general election are effectively rigged to benefit the Democratic and Republican parties.

"I don't think I'm much different from most Americans in that I am very unhappy about the way the political system is functioning in this country," James Glassman, a diplomat during the George W. Bush administration, told CBS News. "I just think that the two-party system is not working, and it needs some competition -- and serious competition... But you cannot have a serious third party or independent candidacy if you don't have access to the debates."

Glassman and more than three dozen other high-profile Americans are signing onto a campaign appropriately called "Change the Rule." The group is pressuring the Commission for Presidential Debates (CPD) to change the general election debate rules before the 2016 election ramps up. Specifically, they're proposing a rule that would allow a third candidate -- who is neither a Democrat nor a Republican -- to qualify for the debates through a ballot access signature competition.

The current set of rules "serves only the interests of the Democratic and Republican parties in maintaining their duopoly," the group wrote in a letter to the CPD. "We urge you to change the rule now in order to have a new, more democratic 2016 that breaks free of our current tired and failing politics."

The group is aiming to increase public pressure on the CPD, which has faced multiple court challenges over the years that claimed the commission has illegally kept third-party candidates out of the presidential debates.

The CPD, formed by the Democratic and Republican parties in 1987, is obligated to follow rules set by the Federal Election Commission (FEC). The commission is required to be nonpartisan and to employ objective criteria to determine who gets to participate in the debates. The "Change the Rule" group is skeptical the CPD is following that second requirement, pointing to the rule requiring a presidential candidate to have at least 15 percent support in national polls before stepping on the debate stage. The rule has been in place since the 2000 elections, and the CPD's practices have been challenged since then by third-party candidates like Ralph Nader and Gary Johnson.

In 2014, a group called Level the Playing Field filed a complaint with the FEC over the CPD's rules. In its letter to the CPD, the "Change the Rule" group wrote, "You could ignore this complaint and wait for the ensuing legal process to play out. We think that would be a missed opportunity and an unfortunate mistake."

Instead, the group has put forward a specific proposal for including more candidates on the debate stage. The proposal builds on one of the CPD rules already in place: A candidate must be on the ballot in enough states so that they could theoretically win 270 electoral votes.

If there's just one non-major party candidate who reaches that 270-vote threshold, they should get to join the debates -- even if they're not polling at 15 percent, the "Change the Rule" group argues.

This would be no easy feat -- "Change the Rule" estimates that a candidate would need to get around 4 million to 6 million signatures from a broad cross-section of Americans in order to qualify.

"The cost and scale of that endeavor would not be insurmountable, but it is substantial enough to ensure that only someone with significant fundraising and operational capacity and public support could win," the group wrote to the CPD.

Bill Galston, an expert on political campaigns at the Brookings Institution, told CBS News that it is indeed "a pretty demanding threshold" to get on the ballot in enough states to win 270 electoral votes. Galston should know -- his first venture into presidential politics was as a volunteer in John Anderson's National Unity Campaign in 1980.

"One of my vivid memories from 1980 was the incredible complexity and cost of ballot access -- it just about bankrupted the campaign," Galston recalled. While the rules governing ballot access have, of course, evolved over the years, it would still be a "reasonably demanding" rule, he said.

Furthermore, said Galston -- who is not affiliated with the "Change the Rule" effort -- it might be worth a try. He pointed to a recent Gallup poll showing that both the Democratic and Republican parties have approval ratings below 40 percent. The low ratings mark a new low point for the major parties since Gallup began tracking their images in 1992.

"If there was ever a statistical representation of a plague on both your houses, that would be it," Galston said.

The CPD's response to the "Change the Rule" letter has been limited so far. The commission responded with a brief letter thanking the group for its input. Similarly, CPD executive director Janet Brown said in a statement to CBS News that the CPD "will review the 2012 criteria in 2015 and appreciates the interest in these important voter education events."

The "Change the Rule" supporters noted in their letter that they're not necessarily interested in backing independent candidates themselves.

"What I think is so important about a change in opening up the debates is that yes, it could mean that an independent or third party candidate is elected," Glassman said, "but it also means that the Democratic and Republican candidates are going to almost certainly have to play much more to the middle, or at least their views need to be moderated... we're going to see more diverse views."

Change the rules, he said, and "the whole game board gets thrown up in the air."