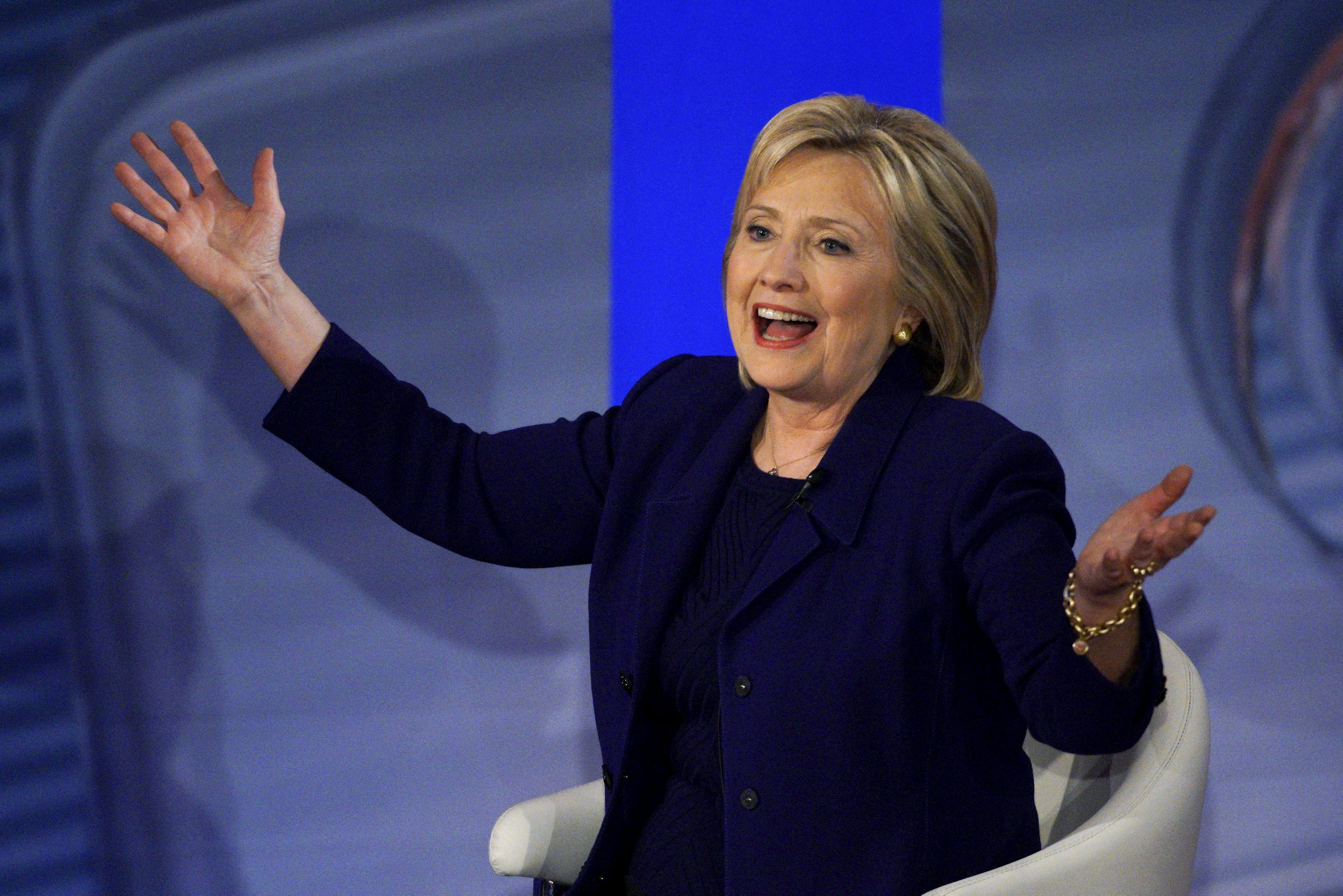 Just six days ahead of the Granite State's first-in-the-nation primary, the two remaining Democratic candidates addressed a town hall audience in Derry, New Hampshire about some of the looming concerns about their candidacies.

Namely, Bernie Sanders assured voters that not only is he an authentic progress, but he's also electable in November. Hillary Clinton, meanwhile, defended her own record as a "progressive" while insisting she isn't beholden to special interests.

Earlier in the week, Sanders said to reporters in Keene, New Hampshire that Clinton was a progressive "some days." At the CNN town hall Wednesday night, Sanders maintained that Clinton at times calls herself progressive and other times moderate. "Some of my best friends are moderates, I love moderates," he said. "But you can't be a moderate and a progressive."

"I do not know any progressive who has a super PAC and takes $15 million from Wall Street," he said. "The key foreign policy vote of modern American history was the war in Iraq -- the progressive community was pretty united in saying, 'don't vote for Bush, don't go to war,' Secretary Clinton voted to go to war."

He also cited her support for certain free trade policies "written by corporate America," as well as her willingness to "talk about the benefits" of the Keystone XL pipeline.

During her turn on stage, Clinton insisted that she and Sanders have the "same, big progressive goals, but we have different ways of going about them."

Clinton maintained, "I know where I stand, I know who stands with me, I know know what I've done."

The former secretary of state also addressed some of Sanders' specific critiques. On her vote for the Iraq war, Clinton once again acknowledged that it was a mistake. She explained that the Bush administration convinced Congress that the vote "would be a strong piece of leverage in order to finish the inspections" for weapons of mass destruction in Iraq.

When the Bush administration instead actually used the vote to wage war, "that was a breach of faith, in my view," she said. "I really regret that's the way President Bush proceeded. That would not be something you'd have to worry about with me."

As for her ties to special interests on Wall Street, Clinton said, "I honestly think the best answer to this is the fact that everybody I know... sees the same thing: The Wall Street interests, the monied interests... are spending a lot of money to try to defeat me."

Clinton has specifically come under fire for accepting more than $650,000 in speaking fees from Goldman Sachs, but she brushed off the suggestion she's under the firm's influence. "I made speeches to lots of groups, I told them what I thought," she said.

She took that much money because "that's what they offered," she continued. Asked whether it was appropriate to do so, even if she were mulling a second presidential run, Clinton said, "To be honest, I wasn't committed to running" at the time.

Clinton said that progressives should stay on the path that President Obama has set. That means defending policies like the Affordable Care Act, rather than taking Sanders' approach of re-opening the health care debate, she said. "The progress we have made, and particularly the Democratic party has made, has been hard fought for, hard won and must be defended."

While Clinton suggested that hardly anyone would qualify as a "progressive" by Sanders' standards, the Vermont senator did give his take on President Obama's record. He said there are some issues where he is at odds with the president, such as the Trans-Pacific Partnership (TPP) trade deal. "I strongly disagree with it," he said.

"On the other hand... President Obama and Vice President Biden have taken us a very, very long way from those dismal days" of the recession, he said. "President Obama deserves an enromous amount of credit for that."

CNN moderator Anderson Cooper pointed out that Sanders has a quote on the back of the new book, "Buyer's Remorse: How Obama let Progressives Down," but the senator shrugged it off as just a "blurb" -- not an endorsement of the book.

Sanders also defended his own record as an effective Democrat. While he is technically an independent in the Senate, he noted that he's been a part of the Democratic caucus (in the House and the Senate) for 25 years.

He insisted he's a strong enough politician to win the general election, should he win the Democratic nomination. He cited polls showing he performs better against Republicans in battleground states -- such as New Hampshire, Iowa and Wisconsin -- than Clinton does.