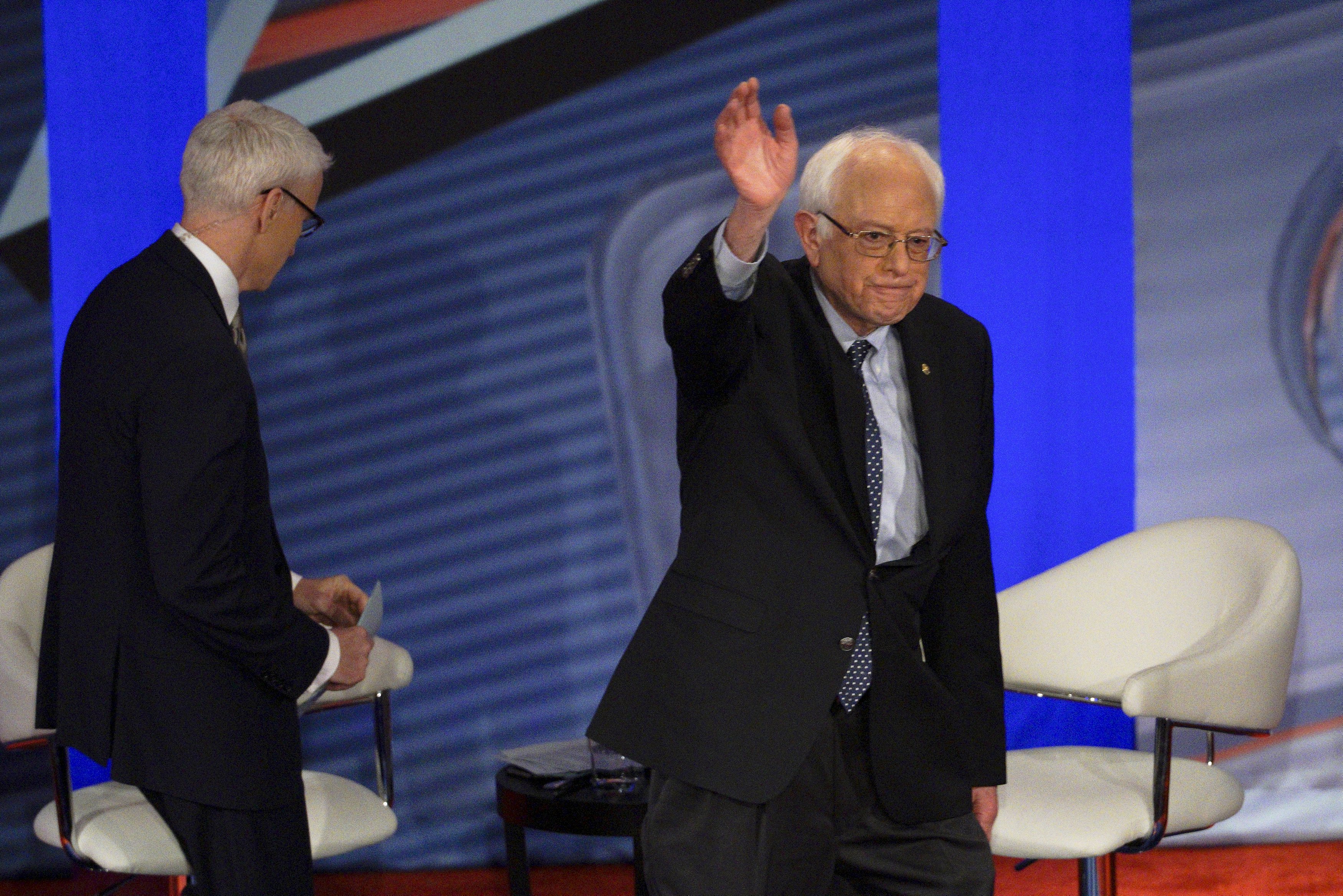 Six days ahead of the New Hampshire primary, Sen. Bernie Sanders on Wednesday night opened up about his personal life and background, telling voters at a televised town hall that faith is "a guiding principle in my life, absolutely it is."

"Everybody practices religion in a different way," Sanders, who is Jewish, said at the CNN town hall in Derry, New Hampshire. "I would not be here tonight, I would not be running for president, if I didn't have very strong religious and spiritual feelings."

He explained his spirituality this way: "I believe that as a human being, the pain that one person feels -- if we have children who are hungry in America, elderly people who can't afford their prescription drugs -- that impacts you, and that impacts me....My spirituality is that we are all in this together."

Sanders also spoke about how he's been drawn to social justice issues his whole life, starting with his childhood in Brooklyn, New York and his time in Chicago as a college student.

"My parents weren't political, my brothers were a little bit," he said. However, "injustice bothered me very, very much," he added, even if it was injustice at the hands of playground bullies.

While at the University of Chicago in the 1960's, Sanders said, "I learned more off campus" with the Congress on Racial Equality. As part of that group, Sanders fought to desegregate housing and schools and was once arrested protesting.

After Sanders reflected on his early years, the 74-year-old was asked by a town hall attendee about his future years -- namely, whether he'd run for two terms in the White House.

"'We'll take one term at a time," he said, adding, "I am, thank God, in good health, and one can't predict the future....I've had good endurance and good strength my whole life. You know, if I am fortunate enough [to get elected]... yes, I would like to run for re-election."