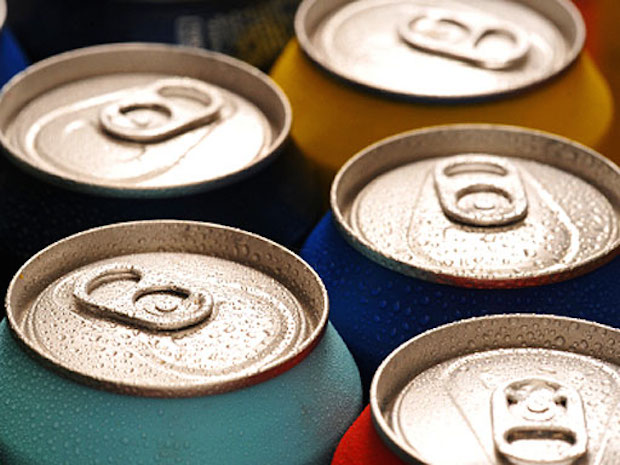 Americans are waking up to the dangers of drinking sugary sodas in excess. Now that science is increasingly showing a link between high sugar consumption and chronic disease like diabetes and obesity, some lawmakers think it's time to warn people about the detrimental health effects of drinking soda much like cigarette labeling did in the 1960's.

"I firmly believe that this will lead to a reduction in people drinking soda and in children drinking soda," Camara told CBS News.

Camara calls his labeling initiative "public education" and likens it to seeing calorie counts posted on the pastry case at Starbucks. He says when he sees that a donut has 400 calories he chooses the healthier option because he's informed.

While cigarette warning labels played a role in informing the public about the dangers of smoking and reducing the popularity of cigarette smoking in America, warning labels alone may not be enough.

According to the CDC, higher costs for tobacco products through increased excise taxes, along with mass-media campaigns targeted toward youth to counter tobacco marketing, also contribute to reducing smoking and preventing teens from starting a tobacco habit.

In recent years, American legislators have been trying a variety of tactics to make sugary drinks less attractive, and many have failed.n 2010, then New York Gov. David Paterson sought a penny-an-ounce "fat tax" on soda and other sugary drinks. After a multi-million-dollar campaign by the beverage industry claiming the tax would cost jobs, the state legislature turned down what would have amounted to a 12-cent tax on a can of Coke. But, in an ironic twist, they agreed to add another $1.60 in taxes to the cost of a pack of cigarettes.

A few years later, New York City Mayor Michael Bloomberg tried a different approach by banning the sale of sugary drinks larger than 16 ounces at restaurants, delis and other outlets. The ban was thrown out by the courts without ever taking effect.

Now, the soda tax idea may be getting a second wind. Last week, voters in Berkeley, California, passed the nation's first soda tax, a penny an ounce, in order to curb the consumption of sugary drinks. However, across the bay in San Francisco, voters rejected a proposed 2-cents an ounce soda tax.

Passing this type of legislation takes time, effort, and money. Is it really worth it?

Camara, the author of the warning-label bill, thinks so. "The people that are disproportionately affected by diabetes are poor or people of color, and I believe increasing awareness will help parents stop giving soda to their children," he says.

More than one third of American adults and 17 percent of children are obese, according to data from the CDC. Non-Hispanic blacks have the highest age-adjusted rates of obesity (almost 48 percent) followed by Hispanics (42.5 percent).

"Government action to address the dangers of sugary drinks is crucial as the epidemics of obesity and diabetes continue to wreak havoc on the health of our communities. We commend Assembly Member Camara for taking this important step," the NYC Department of Health and Mental Hygiene said in a statement to CBS News.