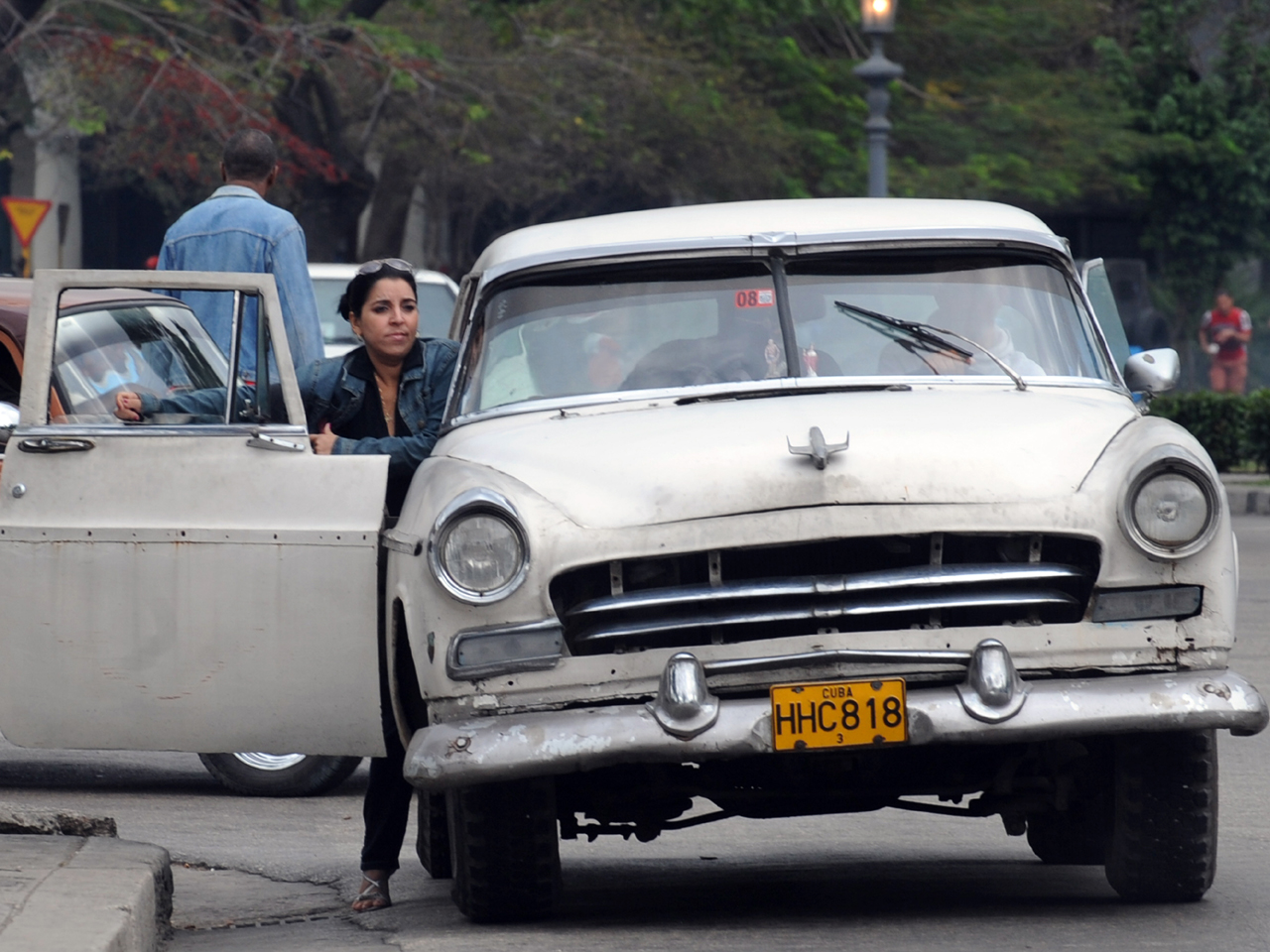 U.S. rapprochement with Cuba could in time not only fundamentally change the island nation's economy, but also end a distinctive legacy of America's more than 50-year embargo against the island nation: its cars.

Cuba is often seen as a paradise for vintage car buffs, with an estimated 60,000 American vehicles still on the roads that date from before U.S. auto exports to Cuba ended in 1962. That suggests there could be significant demand for modern cars, experts said.

"Anyone who has been to Cuba can attest that in terms of cars, time stood still," said Michelle Krebs, senior analyst with AutoTrader.com. "Beat-up classics from the 50s and 60s are on the streets."

Automakers welcomed the Wednesday's historic announcement that the U.S. was restoring diplomatic and trade ties with Cuba, although they stopped short of revealing their plans.

"We're encouraged by the announcements today, and we'll evaluate the opportunities," General Motors (GM) spokesman Pat Morrissey told The Associated Press. That sentiment was echoed by Fiat Chrysler (FCAU) -- which, according to the Detroit Free Press, says it will "continue to monitor the situation" in Cuba.

Not that new cars will soon be flooding Havana. Congress must first vote to officially lift the embargo. That could be complicated by the significant opposition among Republican, and some Democratic, lawmakers to the move to reestablish relations with Cuba.

Most Cubans also are too poor to afford new vehicles, Krebs notes. The average Cuban's salary was a bit more than $20 a month in 2013.

"The fact is that because of the Communist regime, the typical Cuban lives in poverty, so the likelihood of a many Cubans buying new American cars is slim at best," Jack Nerad, executive editorial director and analyst for Kelley Blue Book, told CBS MoneyWatch.

Nerad also points out that, given Cuba's population is about the size of metropolitan Los Angeles, even under the best of circumstances it would remain a small market for automakers.