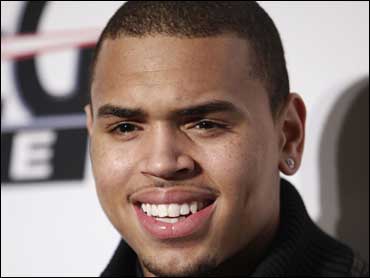 Assault charges against R&B singer Chris Brown in the beating of his girlfriend, music superstar Rihanna, and the nature of the allegations against him have left some observers wondering how much of a blow Brown has dealt to his career.

And reports that the two have reconciled have led to questions about the wisdom of such a move on her part and why she would go back to him, if indeed she has.

Brown, 19, made his first court appearance Thursday in Los Angeles on charges of assaulting and making criminal threats against Rihanna, 21. His arraignment was postponed until April 6.

The attorney for Rihanna, a Barbados native whose real name is Robyn Rihanna Fenty, appeared on her behalf.

Donald Etra said Friday that Rihanna if called as a witness. Etra noted that Rihanna would be required by law to testify if prosecutors subpoena her. He added that Rihanna wants the case overwith quickly. "She wants to get along with her life and career," he said.

Brown was arrested nearly a month ago after, police said, he was involved in an early morning altercation with a woman who, it turns out, was Rihanna.

"The reconciliation between Chris Brown and Rihanna is very real," says CBS News legal analyst Trent Copeland. "She came into court through her attorney (Etra) and her attorney said, 'Look, you know, we have reconciled." '

But, points out CBS News correspondent Ben Tracy, "In the celebrity world, where image is everything, Brown has gone from wholesome singer to criminal defendant. And his relationship with Rihanna has gone from romance, (allegedly )to domestic violence back, apparently, to romance."

A police affidavit, notes Tracy, "describes a vicious beating, with Brown telling Rihanna, 'Now, I'm really going to kill you," ' and with a widely-circulated photo of Rihanna's bruised face.

"These are real injuries," Copeland says. "These weren't imagined, they weren't perceived, she didn't make this up. These are real, legitimate injuries given to her by real, strong hands."

On The Early Show Saturday Edition, co-anchor Chris Wragge added, "There are reports that another picture does exist of a more-battered Rihanna."

None of this bodes well for Brown, Blender magazine Editor in Chief Joe Levy told Wragge.

"We all know it's not good," Levy remarked, "and the very worst part of it is that Chris Brown's audience, his audience is young. It's female. He sings romantic ballads, he's wholesome, he's clean-cut, he's very young, he's under 20. This is a disaster in that regard.

Asked what the response has been of the R&B is hip-hop worlds. Levy said, "There is a public outcry. Many radio stations have taken his songs off the air, listeners have called them, e-mailed them, asked them to take them off the air. There has been public destruction of his CDs. That said, inside the R&B and hip-hop community, things go both ways. Some people have condemned him, some people defended him, and the very worst thing is there's a strain of chatter out there, gossip out there asking, did she do something to provoke this?"

As for Brown and Rihanna as a couple, Los Angeles psychologist David Swanson says, "If Chris Brown and Rihanna continue their relationship as if nothing happened, that could be a tragic mistake. She was choked, she was bitten. If that's not a warning sign to get out of a relationship, that this relationship is dangerous and could lead to your end, I don't know what is."

On The Early Show Saturday Edition with Levy, clinical psychologist Jeff Gardere told Wragge, "I think she's absolutely giving the wrong message. She is a role model, whether she wants to be or not. So, she should put preconditions out there, being back with him, such as he has to get some help, he has to get counseling. She has to look at perhaps what her dependency issues are and what she will do to take care of her own psychological needs, without that the message she's giving is that it's OK to go back to an abusive situation."

Why do women go back to abusive relationships this? "Because," Gardere responded, "domestic violence is more than just physical aggression. It's also a form of psychological control where, in some ways, they're made to feel guilty as to what happened -- maybe they pushed some buttons, maybe they did something to deserve that, and we all know, no one deserves to be a victim of domestic violence."

Brown has said he once witnessed his own mother being abused by his stepfather, and, Gardere says, "Children who are part of domestic violence have a 40 percent chance of scoring higher on behavioral indices that look at pathological behavior. So they're affected, and that's why we expected this to happen in the past, and perhaps may happen in the future, because 20 percent of the abusers end up continually abusing their victims."

How Men Fall In Love